Seed Funding and Angel Groups: The Fast and The Furious

Written By: Dharmesh Shah June 28, 2011
Seed Funding and Angel Groups: The Fast and The Furious Written by Dharmesh Shah on June 28, 2011
The following is a guest post by Dan Weinreb. He was a co-founder of Symbolics and Object Design. He is now a full-time software developer for Google, and an angel investor as a member of Common Angels. You can read more of his thoughts at http://danweinreb.org/blog.

At the Nantucket Conference on Entrepreneurship and Innovation, I attended the last session, which was on "Seed Funding -- What's Happening Now, and What it Means". The four speakers were all venture capitalists; there were no angel investors per se. Fred Destin, speaker from Atlas Ventures, brought up the topic of how fast investors can respond to entrepreneurs to provide them with seed capital. He particularly criticized angel investing groups, saying that they can't act as quickly as his partnership can. I was the only person in the room who was a member of an angel investing group, in my case Common Angels, and I felt as though I ought to present the case for angel groups. I tried the best I could, but I wasn't prepared at the time. Here, I'll attempt to provide better answers. The following are my own personal opinions. I am not speaking for Common Angels.

What Is "Seed" Funding?

Even at this session, there wasn't agreement on what "seed" means; Antonio Rodriguez even asserted that the term ought not be used (even though he used it, himself, later on). "Seed" doesn't even necessarily mean the very first money in; that might be self-funding, or "friends and family" money. It generally means the first "outside" funding, beyond those groups. It arrives early in the life of the company, often when there are only a few founders and nobody else. The goal of seed funding (in the sense I understand it) is to allow the company's key components to be tested. This can include clarification of the technology concepts and of the market, as well as prototyping it and trying it out on some potential users. The next time funds are raised, the level of risk is a lot lower, and so the entrepreneurs can get funding on better terms. 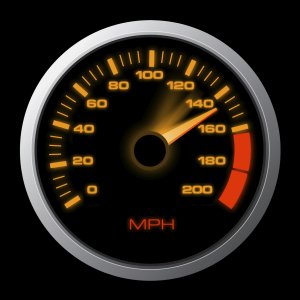 The amount of capital involved depends a lot on the particular case. Different companies are different in so many ways that it's hard to generalize. I'm reluctant to put down numbers of dollars because of this, but if I'm going to talk about seed funding, there's no way for me to get away from it. So, I'd say a general ballpark figure for seed funding from an angel group might be in the area of $50K. Compare that with a seed-stage VC firm such as Atlas, which says that they can do as little as $100K but typically do $500K to $5M. (Some angel groups and VC firms also do larger rounds, not just seed rounds.)

Fred and the others claimed that angel groups are too slow for two reasons. First, groups aren't well-coordinated within themselves; there are too many people who have to agree, and there isn't structure to move nimbly. Second, they do "too much" due diligence.

About process, I was only able to speak for Common Angels. We have two full-time Managing Directors, who are as knowledgeable and able as any venture capitalist in the areas that we cover. They co-ordinate the members, and manage the process with the entrepreneurs, so that things move along reasonably promptly. In addition, they are able to make seed-stage investments from a co-investment fund by themselves, which allows us to move very quickly when that is warranted. (Admittedly, this is not typical of angel groups.)

About due diligence (investigation and study), it's hard to know how much is the "right" amount. With too little due diligence, you don't know what you're doing. It takes ability and time to judge which companies to invest in! Would you invest in a company without spending some time checking out the founders, the competition, the potential market, and so on? Common Angels has been around for a long time, and has experience with a lot of startups, with the whole range from success to failure, and the consensus is that it's wise to check these things out.

On the other hand, you need to move fast enough to not waste the time of the entrepreneurs or to lose out to other investors. Also, there is a point of diminishing returns. Sim Simeonov makes a persuasive case that results of these investments depend on a lot that can't be predicted ("exogenous factors"), and that it's a mistake to overestimate your ability to accurately "pick winners". So when I said "check out", the devil is in the details of how much checking out is right. (And I agree with Dharmesh Shah that potential angel investors should not be scared off or intimidated by the prospect of having to do an overwhelming amount of due diligence.)

Sometimes speed does matter. And it's important for investors not to keep a startup company hanging, or use up too much of their valuable time, which they need to be devoting to their company. But there is no "one right way" to invest, and it depends on a lot on the individual case. At Common Angels, we're always trying to improve our processes, which have changed several times since I showed up only a few years ago. We'll monitor it and see how it goes.

The speakers suggested that to speed things up, I should just go ahead and do angel investing by myself. In fact, there are several members of the Common Angels who also do extensive angel investing on their own. I explained some reasons why I, myself, am not in a position to make significant investments all by myself, unlike many of the people whom I think of as "real angel investors". Without the group, I would almost not be doing "angel investing" at all.

They countered by suggesting that I could pull together appropriate friends and partners, on a case-by-case basis, to help with any one investment. I had never been presented this idea before, and I was entirely unprepared to come up with a very good reply on the spot.

Since then, I've been time thinking more about this. I had heard about Nobel Memorial Prize-winning economist Ronald Coase's study of why corporations (companies) exist at all. After all, why not just subcontract everything, hiring absolutely everybody as an independent contractor to get particular jobs done? The main reason is what economists call "transaction costs". He laid this out in his book The Nature of the Firm. A good summary is provided in the Wikipedia article about the book. It takes a significant cost to assemble such a team. The same points can apply to an angel investing group. The team provides:

Another famous economist, Adam Smith, in his book The Wealth of Nations, explains how division of labor can greatly increase efficiency and productivity. It's hard to get that if you need to put together an ad hoc team for every investment opportunity (including, it should be noted, the ones you decide notto invest in).

With all this talk about speed, it must be emphasized that speed is only one factor distinguishing investors. The entrepreneurs will be working so closely with the investors that it'll be like having a new business partner. Entrepreneurs must consider who will understand what they're doing, treat them well, be honest, give the right kind of help, and know when to get out of the way are all far more important. Lately, there is a lot of optimism, to the point where The Economist is even talking about a new technology "bubble". In a very optimistic environment, it's tempting to for investors to try to get in first and ask questions later. An entrepreneur should not necessarily go with whomever makes the first offer.

So, what do you think? As an entrepreneur, do you value speed above all else?  What's your take on VCs vs. angels vs. angel groups.  What are the tradeoffs you consider?

Why The Value Of The Fund-Raising Process Is Not Just The Funds
funding September 29, 2011
The following is a guest post by Rene Reinsberg (@followrene). Rene is a recent MIT Sloan graduate and the CEO and co-founder of Locu, a company that helps close the gap between…
Read Post
Clear Eyes, Full Heart: Beating The Series A Crunch
guest April 9, 2013
The following is a guest post by Alan Wells, co-founder & product designer at Glyder. [Disclosure: I'm an angel investor in the company. -Dharmesh] It has been widely reported that at…
Read Post
Subscribe