This is a guest post by Alex Turnbull.  Alex is a serial SaaS entrepreneur and the CEO of Groove, a customer support software platform for startups and small businesses.  Alex was previously a co-founder of Bantam Live, acquired by Constant Contact in 2011.

After many, many months of long hours, take-out and cheap beer, launch day is finally here.

Your eyes are sore from not having looked up from your computer in what seems like ages, and every part of your body is screaming at you to get some sleep, but you’re too hopped up on coffee and adrenaline to listen. 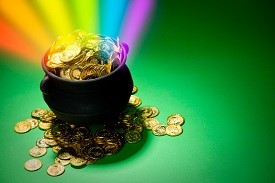 This is it. This is what we’ve been working our asses off for. To reveal ourselves to the world in all of our disruptive glory. Silicon Valley will kneel before us.

It’s like the slow, painstaking ride to the top of the first drop on a roller coaster; you just know it’s going to be absolutely exhilarating, but first you have to trudge all the way to the peak of a steep climb. Tired of waiting but itching with anticipation, you finally reach the top, and then…

Not a damn thing.

Scoble isn’t billing you as the next Instagram. You’re not showing up on Techmeme with a dozen stories about your launch. And the traffic. That sweet, traction-building traffic that you’ve been awaiting — the traffic that was going to prove that people were interested. That they wanted you. It never comes.

Who’s to blame for all of this?

If only they had read your press release, they would’ve seen that your story needs to be told! Your product is unique and compelling, dammit! How could they do this to you? How could they crush your dreams of a successful launch by totally ignoring your pitch?

Of course, you’re a startup. Bouncing back is in your DNA, and you get right back to work. But the experience is discouraging, and I've seen this story play out way too many times with friends and founders I’ve spoken to. And know that I’m speaking from experience: I've absolutely made this mistake before, too.

Here’s the reality: pitching TechCrunch is not a launch strategy.

It seems obvious, but it takes more than one hand for me to count the number of times a founder has told me that they expect their launch traction to come from getting picked up by TC (or Mashable, or VentureBeat, or AllThingsD, or any one of a number of similar outlets).

What every single hopeful founder with a similar plan doesn't realize (or doesn't take seriously enough) is that there are hundreds of other founders doing the exact same thing, and hitting the exact same “Tips” email account with their pitches.

Don’t get me wrong, here. Press is good, startup bloggers tell important stories and press outreach should be a part of your launch strategy. But it’s not enough.

So what’s a startup to do?

Let’s get this out of the way: a lot of folks will tell you that the first thing you should be focused on is building a great product that improves people’s lives. And they’re absolutely right. Nobody wants to hear about a crappy product, and more importantly, nobody wants to share your crappy product with their friends.

But let’s assume you've got something amazing. How do you get the world to notice?

First of all, shift your thinking. F*ck the world. It’s “tell everyone” approaches like this that lead to launch strategies like the one above. You don’t need the world to notice. You need highly qualified potential users to notice, and there’s a huge difference.

At Groove, we spent twelve months in beta, rigorously testing and iterating our HelpDesk and LiveChat apps to get them ready to launch.

But here’s something else we did, that you can do, too: we spent that time rabidly collecting email addresses of potential users. We asked our most engaged beta users to share our website (and lead collection portal) with their networks, we blogged about topics that were interesting to a customer support audience, and we wrote content for external outlets that brought value to readers, and loads of inbound leads to us.

The good people at TheNextWeb covered our beta launch a year ago, so they were interested in how far we've come. They wrote a great piece about us, and the inbound traffic got us about a few hundred signups. It was awesome.

Like everyone else, we also wanted to get Crunched. Or Mashed. Or Beaten.

But what hurt even more, is that like almost everyone else, we didn't get covered by any of them.

I have no doubt that a barrage of press coverage would've gotten us even more new users, but we knew that the odds were against us, so we planned for it.

Taking our carefully nurtured list of email addresses, we sent out an announcement about our launch, with clear calls to action to sign up and get in on the fun.

Double the signups, at nearly four times the conversion rate of visitors coming from the TNW piece.

Note that we didn't email this list cold: we had spent months giving away content for free, nurturing the relationships, before asking for anything. I can’t stress the importance of this enough.

We also sent an email out to beta users, announcing the launch and asking them to share Groove with friends who might find it useful. That email netted us another 120 users, at a conversion rate nearly double that of the TNW traffic.

It shouldn't be surprising that the most valuable traffic we got came from qualified leads we had already nurtured. But the problem is that most startups won’t make the effort to build that audience until after launch. I know, because as I've mentioned, I've made that mistake, too.

Look, I know that as an early-stage team, the chances that you have a full-time content person are nonexistent. But the chances that someone on your team has a modicum of writing chops are pretty damn good, and getting them to invest a couple of hours a week in this exercise can pay off in spades when the time comes.

At a loss for what to write about? Every startup should know how their customers think, and knowing what’s interesting to them is a major part of that, and it’s absolutely okay to ask them what they’d like to read about from you. Email them, survey them, chat with them. They'll appreciate it. Trust me.

In the meantime, here are a few ideas:

Summary: Getting Crunched is not a launch strategy, and you shouldn't bet on it to make your startup blow up. Reach out to the press, but diversify your launch plan to reach qualified leads that you've already been nurturing. Invest in content. Profit. The end.

The Classy Way To Get Media Coverage For Your Startup
guest October 30, 2012
The following is a guest blog post by Nicholas Holmes. Nicholas is the co-founder of MediaGraph, a public relations platform that enables small businesses to manage their own media…
Read Post
Does Hiring An MBA Reduce Your Startup's Chances Of Success?
video March 18, 2021
MBAs have had a bad rep in the startup world for a while now. This short, fun video I did captures the sentiment -- and also answers the question: Does hiring an MBA into your startup…
Read Post
Subscribe