The following is a guest post by Annie Bourne. Annie is the VP Business Development and General Counsel of Kinvey, and author of The First Secret of Edwin Hoff.

Thank goodness for printed pages. Pages trap teachings, and sometimes files trap pages. I kept a note that Danny Lewin, co-founder of Akamai Technologies, wrote in March 2001 describing what good leaders do to build successful teams, and why they work. While Danny probably learned these lessons during his tour as a commando in the Israeli special forces, he applied them as co-founder and CTO of Akamai. 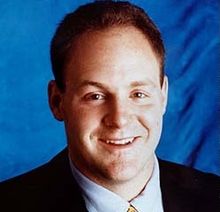 As many people in our industry know, Danny was tragically killed on American Airlines Flight #11. Those of us who were lucky enough to work with him try to remember, and share, what we learned from him. I worked with Danny at Akamai from 1999-2001. On this anniversary of September 11, 2001, I'm remembering the three keys to team leadership that Danny explained.

1. To inspire trust: Lead by Example

2. To build trust among teammates: Suffer Together

3. To restore trust when it weakens: Hold People Accountable and Get Rid of Non-Performers

1. To Inspire Trust: Lead by Example

For a team to function well, its leader must make decisions that each team member must consent to follow. It all hinges on trust, and the leader must earn it.

People only trust those whom they respect. To earn the respect of her team, a leader must demonstrate the highest level of ability in at least one of the skills asked of the rest of the team. Not in all of them but in at least one e.g., coding, negotiating, selling, or positioning. Any strong player on a team will only feel safe delegating decision-making to someone whose abilities they respect.

Shared sacrifice also inspires trust. A great leader must identify and then exemplify the behaviors that he needs the team to adopt. If developers often have to stay up to the wee hours to make a deadline, a good leader brings them pizza and mountain dew and then pulls up a chair and switches on a dark machine. If costs are managed closely, the leader will fly in coach and pay for any perks on his own dime. Others will do as he does.

A great leader also knows that each team member relies on her to provide him with the three things he needs to stay focused and execute well:

Set specific and clear goals like a north star. If there is no clear common goal, there is nothing to achieve. Teams grow frustrated at indirection and disperse.

Make firm and final decisions. Solicit input, but once the leader makes a decision, she must hold to it, and enforce it. This also creates a language within the team that teaches each member to make better, crisper decisions themselves.

Always follow up on work that you delegate. Leaders can create new accountability in others, but should never abandon their own responsibility for the ultimate outcome. The best leaders follow up often and in detail.

I remember when Danny gave me the goal of creating new technology partnerships with big companies like IBM, Oracle and BEA. He told me “anyhere you need me, I'll be at that meeting.” He told his secretary to make my meetings his priority. (Judging from her expression, and how many other people were lined up for their 10-minute update with him, I had a feeling he juggled a number of simultaneous priorities). The effect: I carried the ball, but I knew he was on the field too. I still have the notebooks from our daily status meetings, which felt like exciting and motivating team huddles, not micro-management.

2. To Build Trust Among Teammates: Suffer Together.

Having earned the trust of his team, the leader must seed trust among the teammates. People abandon petty rivalries when something threatens them. Great leaders should not try to protect their team from these outside pressures. Instead they should spotlight the common threat and let every member feel it. In business, the threat of real competition, or of feeling how close the line is between of success and failure, is an opportunity to let a team suffer together. Through this they learn to trust each other or perish.

To Restore Trust When it Weakens: Hold People Accountable and Get Rid of Non-Performers.

Great leaders hold people accountable successfully by honoring an unspoken contract between them. The team members make commitments to each other and to the leader. Then the leader measures each of them fairly and by the same standards - by how well they did what they said they would do. The leader pays each member by how well they performed their part of the deal.

But when one member fails to execute, other teammates see it immediately. They lose confidence both in the non-performer and in the leader for failing to uphold the deal. To preserve the trust that the leader has inspired by example and spread with shared suffering, the leader must remove the non-performer from the team. This restores trust between the team and the leader because they see the leader honoring the contract between them. They feel reassured that they, and their remaining teammates, must be performing. Then they trust each other to do their jobs and can concentrate on doing their own. (Of course, removing a non-performer only builds trust when the team member has had a fair chance to achieve his commitments, fair notice when performance is sub-par, and a fair chance to improve.)

Danny knew a lot about leadership, and he brought an unusual combination of skills to Akamai. In his remarkable and tragically short life, he was a commando in the Israeli Special Forces counter-terror group, then a genius mathematics graduate student at MIT, and then a visionary billionaire entrepreneur. He taught us some spectacular lessons about strategy, influence, and leadership. Danny inspired nearly everyone he met to reach farther, and do more.

Lessons Learned From StartupBootcamp 2010
startups September 14, 2010
/*  This is the first article from Jason L. Baptiste, a new writer at OnStartups and local Boston entrepreneur. You should follow him on Twitter (@jasonlbaptiste) or say hi via…
Read Post
8 Unconventional Lessons From Quitting My Job At HubSpot
December 29, 2014
The following article is a guest post by Ellie Mirman.  Ellie is the VP Marketing at Toast.  Check out her blog or follow her on twitter: @ellieeille. Three months ago, I told my…
Read Post
Subscribe