Doubtliers: Erroneous Lessons From The Exceptional

There are great lessons to be learned from many exceptional companies like Google, Apple and Amazon. But, can you just copy the best practices from these amazing companies and use them to succeed at your own business? I doubt it.

There is risk of pulling out the wrong lessons from these outliers. To be exceptional, they have to be the exception -- not the rule. Often, what worked brilliantly for them might be a blunder for you. 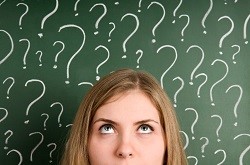 If you or one of your colleagues ever make arguments that sound similar to these, take a step back and question your assumptions:

"This worked for Apple and Steve Jobs..."

"But, Google does it this way, and they've done really well..."

Here are the types of mistakes we make when looking to learn from leaders:

Example: Google makes deep investments in technology and infrastructure. Rather than taking "off the shelf" tools and technologies, Google uses custom-built servers and operating systems. Though this makes great sense for Google, given their scale -- does that level of customization make sense for your startup? What did Google do when they were your size?

2. Loss Leaders are a Luxury

Big, well capitalized companies can often make big bets and investments that most startups simply can't afford. They can often use these "loss leader" strategies because they have a diversified revenue base and can gain an advantage by losing money in one project with the hopes of making it up in another -- often after many years.

Example: When Amazon sells the Kindle, it intentionally does it at razor thin margins (the actual razor, not the blade). The reason Jeff Bezos provides for this strategy is simple: "We want to make money when people use our device...not when they buy it." That works great for Amazon, because in the long run, they will make money. But, unless you're Amazon and can afford to give something away at low or no margin, it might not be the right strategy for you.

When we look at successful companies, we automatically assume that every strategy or tactic they used contributed to that success. That's unlikely. Sometimes companies are successful despite some missteps along the way -- not because of them. If you're making a big decision based on whether or not it worked for someone else, dig into the details. Try and figure out the context of that particular strategy. Talk to the people involved. Did they think it was a great strategy? What were the tradeoffs? What surprised them? If they could do it over again, would they?

Example: When Apple decides for a more closed and proprietary system, do they win in the long-term because of those decisions -- or despite them, because they are so good at everything else? Could other companies succeed with a similar strategy?

It is a weak argument to say you should be doing [x] just because some super-successful company did [x] and it worked for them. They were a different company at a different time -- and in many cases, even the teams that made some of those decisions are likely not certain as to whether they were the right ones.

When you're faced with big, company-changing decisions don't use outliers as a way to rationalize what you want to do. Dig deeper. Do some additional research. Analyze the tradeoffs and make the right decision given your context.

What are your thoughts? Any other common mistakes you've seen people make when trying to learn from the leaders?

Expectations vs. Reality: 8 Lessons From The First Year As CEO
guest March 4, 2014
I started working on Foundersuite in the Fall of 2012, and we launched our MVP in early 2013. Prior to this, I'd spent 10 years consulting to startups as a fractional CFO / BD / Ops…
Read Post
5 Mistakes Founders Make When Hiring Their First Salesperson
February 25, 2015
Your MVP is complete. Some seed funding is in the bank, or maybe even a Series A. You’re anxious to see if your product flies off the shelf. It’s time to make that first sales hire.…
Read Post
Subscribe