How Much Should A Startup Founder/CEO Pay Herself?

The following is a guest post by Chris Sheehan. Chris is a seed stage VC and angel investor at CommonAngels. You can follow him on Twitter at @c_sheehan and his blog Early Stage Adventures.

Back in 2008, Peter Thiel did an interview at TechCrunch50 in which he said one of the most important things he looks at before investing is how much the CEO is getting paid.

The lower the CEO salary, the more likely it is to succeed.

The CEO's salary sets a cap for everyone else. If it is set at a high level, you end up burning a whole lot more money. It [a low salary] aligns interest with the equity holders. But [beyond that], it goes to whether the mission of the company is to build something new or just collect paychecks.

In practice we have found that if you only ask one question, ask that.

What's the average salary for CEOs from funded startups? Thiel was hesitant to answer, but eventually said $100-125k.

An interesting perspective. I'm not sure that it's a leading predictor of success, but it certainly is a very important aspect at the seed stage because cash is so precious. The more a CEO pays herself, the less runway available to hit milestones. 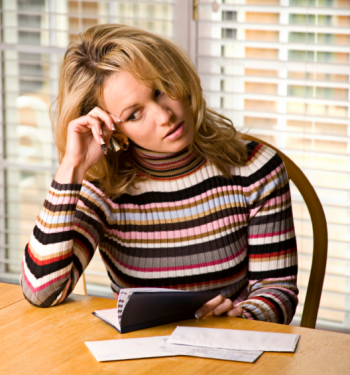 CEO founders sometimes ask me for guidance on what is “market” for salaries in a seed stage startup. Some observations:

So what is the range of CEO salaries in the seed stage?

Based on what I see in the market, I'd say the range for founder CEO salaries after a seed round is between $60k and $150k, with the average/median in the range of $90k - $110k. This is based on an average seed round of around $900k with the expectation that the round will provide runway for 12 to 18 months. Salaries at the upper end of the range ($150k) are correlated with larger seed rounds of around $1.5 million.

While there is no correct answer to the question, here is my main take-away: it's so critical to be capital-conscious at the seed stage. Within what will feel like an incredibly short, stressful period of time, the startup needs to build product, figure out the market, and get some initial traction. Every month of cash burn is valuable.

By the way, to see some survey data on what other people think the founder/CEO salary should be, check out the OnStartups poll on founder salary.

Startup Lessons From The MIT and Harvard Strategy War Game
#StartupAdvice April 5, 2006
Recently, I led a team from MIT in the second annual “strategy war game” with Harvard Business School organized by Fuld and Company.  The event was held on Thursday, March 30th in…
Read Post
Some Heart-felt and Humble Advice For Rand Fishkin of SEOmoz
strategy July 7, 2011
Dear Rand, Really enjoyed the recent article on your personal blog, “Inflection Points: Bravery vs. Foolishness”. Very few entrepreneurs have the courage to be that transparent. On…
Read Post
Subscribe