Note: This is intended be a light-hearted piece that hits just close enough on some counts to (hopefully) be funny. Please don't take it too seriously.  (Oh, and for the record, I've actually said more than one of these things myself). 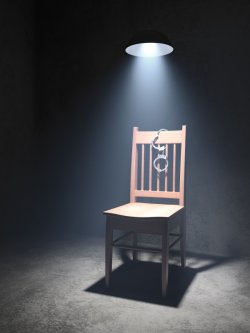 1. You know that candidate you introduced me to? Well, he was kind of a schmuck.

2. We had our management team meeting yesterday and we've concluded that we're kind of screwed.

3. I know I should know this, but I have no idea what participating preferred means — and who should prefer it.

4. We've got a big launch of our mobile app scheduled for April 1st, we've lined up some great PR and everything is ready to go. Just one minor detail: We have no idea when Apple's going to approve the app for the AppStore. We wisely refrained from putting an early version through the process, because we're in “stealth mode”.

5. It finally hit me that revenue and cash are not the same thing. Customers provide “revenue”, employees want to be paid in cash.

6. I'm wondering if I should worry that the 10 year Oracle sales executive we hired for VP of Sales hasn't really sold anything yet. Oh, and I think he wants my job.

7. My co-founder had a major life event come up (the event was that he decided he wanted one). He'll be leaving us but is happy to continue to contribute as a strategic member of the board of directors. I didn't know he had a lawyer, but the lawyer assured me that my co-founder would “Vest In Peace”, which sounds like an amicable parting.

8. Learned from tech guy yesterday that our entire back-end runs on a single “virtual” Amazon EC2 instance. Also learned that “virtual” means that it can virtually disappear whenever it wants. That's why the engineering team has been working for months on this horizontally scalable, self-replicating, auto-healing architecture so that when we start getting some paid customers, we'll be ready.

9. Had to execute some “executive leadership” yesterday. At the last management meeting, our VP Marketing was telling me we were getting crushed in the market because of two big missing features. I told her that on the startup battlefield, wars are not won by features. Besides, we're investing in our future, not our present. That's why the entire engineering team is working on building a scalable, self-replicating, auto-healing architecture.

10. We have 11 months of cash left in the bank. Adjusted for inflation. But, not adjusted for the fact that we have no idea if any of our large, enterprise deals that our VP of Sales sold is ever going to pay us in a form that can be used to pay bills and payroll. Our landlord is clueless and doesn't understand the importance of the strategic deals we're doing and the raw brand-value of the logos we're collecting for our website.

11. Our VP of Sales keeps saying “land and expand, baby, land and expand”. I don't know what that means exactly, but we've been doing a lot of landing and not a lot of expanding.

12. I'm super-excited! We had our first acquisition offer yesterday. Well, it wasn't really an offer. And no, they didn't really use the word acquisition, or M&A or “buy”. But there was some high-level, strategic talk about how we could work together. And, he paid for lunch, so there must be some interest.

13. We're planning on throwing a big, bad, holiday party. It's not one of those crazy launch parties. We want to treat it as a “recruiting” event. Yes, yes, I know that there's no additional head-count in the budget, but we to be proactively filling the candidate funnel. Startups are “all about the people”.

14. Back in college, when you “audit” a course, it meant you just tried it out and see if you liked it. Why does “auditing financials” have to be so intense?

15. We've found new office space. To be consistent with the 5 year pro-forma we showed you at the last board meeting, we'll be signing a 5 year lease that matches the space needs based on those projected numbers. It's nice when things just work out, isn't it?

16. I woke up this morning with this really big idea. It'll make the idea you invested in pale in comparison. The good news is that we can reuse the work the engineering team has been doing. Not only have they been building something that's horizontally scalable, self-replicating and auto-healing, they had the foresight to build something infinitely flexible too. Now I know the importance of hiring great people — ones that have the vision to see your vision and can adjust their vision based on your new vision. This is going to BIG!

No Capital? No Problem. What You Get For Free Is Priceless
guest June 10, 2011
The following is a guest post by John Williams.  He created Logo Garden to give everyone starting their own business access to professional looking logos. John is a long time member…
Read Post
Why FastCompany Gets "The Lean Startup" Almost Completely Wrong
February 20, 2012
Normally, I don't like to criticize someone else's content — particularly when it's from a source like FastCompany, which I respect and enjoy reading. But, today, I came across this…
Read Post
Subscribe