The following is a guest post by Rene Reinsberg (@followrene). Rene is a recent MIT Sloan graduate and the CEO and co-founder of Locu, a company that helps close the gap between offline and online by building a real-time, structured repository for small business offerings data such as restaurant menus. Disclosure: I'm an angel investor in Locu. -Dharmesh

Our company has raised more than $600k in seed money over the summer. In a matter of a few months we transformed from a group of students working on what one notable Silicon Valley investor called a “class project” in early April 2011 to an eight-person company, with a unique technology, a clear value proposition and strong customer interest for our product. I'd like to share some highlights and lessons learned from our journey.

Back in April, we had been bootstrapping for about half a year, building our first prototype and some interesting back-end technology and learning a lot about our market. We also realized we had been working well together as a team and were all ready to commit full-time. 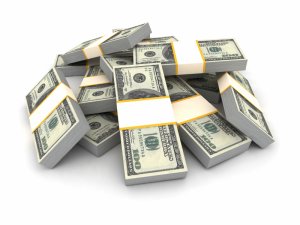 One of our early inflection points was a team trip to the Bay area for a week in late May. We had been selected to present at a startup showcase and had also set up a few meetings with investors while out there. The four of us shared a double room at the cheapest hotel we could find, the Ramada Silicon Valley in Sunnyvale. It worked out perfectly: free WiFi, a good enough breakfast buffet and an In-N-Out down the street.

We went to almost all pitches that week as the whole team. While this is not sustainable for the whole fundraising process, I highly recommend it early on. It helped us grow stronger as a team and develop a common lens for feedback. Also, rather than insisting that our approach was the right one, we explored all possible directions to make sure we were not missing the bigger picture. After our daily debrief by the hotel pool, we would prepare for the next day. One night, Marek, one of my co-founders, built a prototype to test an idea that had come up during the day and that has now become an integral part of our product.

That brings me to learning. Looking back, these early meetings were invaluable. One thing that became clear really fast was that investors were much more interested in learning about the menu acquisition and data curation technologies we had been building than about our recommendation application. We had stumbled upon a potential solution to a big problem the local search industry had been battling with for years. Going forward, we built our pitch more around the technology and how it could enable a data platform for local business data and had much more success.

A lot of people have asked me how many investors I spoke to and met with in order to close the round. You might have seen the Anatomy of a Seed deck by Brendan Baker who analyzes AppMakrs $1m seed round, involving 173 people and taking 130 rejections to get to 14 commitments. Our round was a bit smaller and we were fortunate to hit a few super nodes early on, but I still ended up talking to around 100 people in the process.

While I prefer meetings that lead to investments, there is thing to be said about the ones that don't. Raising money is about building a network. A lot of people might be interested or intrigued by your idea but not end up investing for one reason or another. However, they might end up introducing you to potential business partners, clients or other investors. I talked to one potential investor and even though he did not end up investing, a month later, he emailed me and introduced me to a potential client.

At an early stage, it is important to surround your startup with people that can support you and extend you network in the areas you most need it. For us, we were targeting investors with backgrounds in data platforms, local, small business marketing, and the restaurant industry. AngelList turned out to be invaluable in the process of filtering. As Scott Kirsner from the Boston Globe recently put it, they are a true matchmaker between investors and startups.

A few words on due diligence: You probably expect your investors to do due diligence before investing. You should do the same. In a world of LinkedIn and AngelList, it is relatively easy to find people in your (extended) network that have worked with or can vouch for an investor. Even if it means delaying the closing of your round, don't take money from investors you don't think have the best interest of your business in mind or from whom you get a bad vibe.

Looking back, raising money was much more than just getting money in the bank. The process helped us to grow as a team, significantly refine our product and business model and most important of all, bring on investors on board that understand our technology, support our (ambitious) vision and will help us build a better company.

Don't Make Raising Angel Funding Your Plan B
guest April 16, 2012
The following is a guest post by Chris Sheehan. Chris is a seed stage VC and angel investor at CommonAngels. You can follow him on Twitter at @c_sheehan and his blog Early Stage…
Read Post
6 Tips To Rapidly Raise Funding on Angel List
August 1, 2012
The following is a guest post by Rick Perreault. Rick is co-founder & CEO of Unbounce, a Vancouver-based company that develops a web based platform which makes it easy for…
Read Post
Subscribe