It’s been a little over 4 years since I officially launched my internet marketing software company, HubSpot.  (The “official” date is June 9th, 2006 — for those that are curious about such things).  So, I’ve had about 4 years on the “inside” of a fast-growing, venture-backed B2B SaaS startup.  Quick stats:  ~2,900 customers, ~170 employees and $33 million in capital raised.  But, this is not an article about HubSpot, it’s an article about things I’ve learned in the process of being a part of one of the fastest growing SaaS startups ever.   (I looked at data for a bunch of publicly traded SaaS companies, and the only one that grew revenues faster than HubSpot was Salesforce.com). 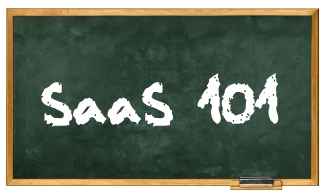 In any case, let’s jump right in.

1.  You are financing your customers.  Most SaaS businesses are subscription-based (there’s usually no big upfront payment when you signup a customer).  As a result, sales and marketing costs are front-loaded, but revenue comes in over time.  This can create cash-flow issues.  The higher your sales growth, the larger the gap in cash-flows.  This is why SaaS companies often raise large amounts of capital.

2 Retaining customers is critical. In the old enterprise software days, a common model was to have some sort of upfront license fee — and then some ongoing maintenance revenue (15–20%) which covered things like support and upgrades.  Sure, the recurring revenue was important (because it added up) but much of the mojo was in those big upfront fees.  The holy grail as an enterprise software startup was when you could get these recurring maintenance fees to exceed your operating costs (which meant that in theory, you didn’t have to make a single sale to still keep the lights on).    In the SaaS world, everything is usually some sort of recurring revenue.  This, in the long-term is a mostly good thing.  But, in the short-term, it means you really need to keep those customers that you sell or things are going to get really painful, very quickly.  Looking at our example from #1, if you spent $1,000 to acquire a customer, and they quit in 6 months, you lost $400.  Also, in the installed-software world, your customers were somewhat likely to have invested in getting your product up and running and customizing it to their needs.  As such, switching costs were reasonably high.  In SaaS, things are simple by design — and contracts are shorter.  The net result is that it is easier for customers to leave.

3  It’s Software — But There Are Hard Costs.  In the enterprise-installed software business, you shipped disks/CDs/DVDs (or made the software available to download).  There were very few infrastructure costs.  To deliver software as a service, you need to invest in infrastructure — including people to keep things running.  Services like Amazon’s EC2 help a lot (in terms of having flexible scalability and very low up-front costs), but it still doesn’t obviate the need to have people that will manage the infrastructure.  And, people still cost money.  Oh, and by that way, Amazon’s EC2 is great in terms of low capital expense (i.e. you’re not out of pocket lots of money to buy servers and stuff), but it’s not free.  By the time you get a couple of production instances, a QA instance, some S3 storage, perhaps some software load-balancing, and maybe 50% of someone’s time to manage it all (because any one of those things will degrade/fail), you’re talking about real money.  Too many non-technical founders hand-wave the infrastructure costs because they think “hey we have cloud computing now, we can scale as we need it.”  That’s true, you can scale as you need it, but there are some real dollars just getting the basics up and running.

Quick exercise:  Talk to other SaaS companies in your peer group (at your stage), that are willing to share data.  Try and figure out what monthly hosting costs you can expect as you grow (and what percentage that is of revenue).

4  It Pays To Know Your Funnel.  One of the central drivers in the business will be understanding the shape of your marketing/sales funnel.  What channels are driving prospects into your funnel?  What’s the conversion rate of a random web visitor to trial?  Trial to purchase?  Purchase to delighted customer?  The better you know your funnel the better decisions you will make as to where to invest your limited resources.  If you have a “top of the funnel” problem (i.e. your website is only getting 10 visitors a week), then creating the world’s best landing page and trying to optimize your conversions is unlikely to move the dial much.  On the other hand, if only 1 in 10,000 people that visit your website ultimately convert to a lead (or user), growing your web traffic to 100,000 visitors is not going to move the dial either.  Understand your funnel, so you can optimize it.  The bottleneck (and opportunity for improvement) is always somewhere.  Find it, and optimize it — until the bottleneck moves somewhere else.  It’s a lot like optimzing your software product.  Grab the low-hanging fruit first.

Quick tip:  Make sure you have a way to generate the data for your funnel as early in your startup’s history as possible.  At a minimum, you need numbers on web visitors, leads/trials generated and customer sign-ups (so you know the percentage conversion at each step).

5  You Need Knobs and Dials In The Business.  One of the great things about the SaaS business is you have lots of aspects of the business you can tweak (examples include pricing, packaging/features and trial duration).  It’s often tempting to tweak and optimize the business too early.  In the early days, the key is to install the knobs and dials and build gauges to measure as much as you can (without driving yourself crazy).  Get really good at efficient experimentation (i.e. I can turn this knob and see it have this effect).  But, be careful that you don’t make too many changes too quickly (because often, there’s a lag-time before the impact of a change shows up).  Also, try not to make several big changes at once — otherwise you won’t know which of the changes actually had the impact.  As you grow, you should be spending a fair amount of your time understanding the metrics in your business and how those metrics are moving over time.

Quick advice:  If you do experiment with pricing, try hard to take care of your early customers with some sort of “grandparenting” clause.  It’s good karma.

6  Visibility and Brakes Let You Go Faster.  One of the big benefits of SaaS businesses is that they often operate on a shorter cycle.  You’re dealing in days/weeks/months not in quarters/years.  What this means is that when bad things start to happen (as many experienced during the start of the economic downturn), you’ll notice it sooner.  This is a very good thing.  It’s like driving a fast car.  Good brakes allow you to go faster (because you can slow down if conditions require).  But, great visibility helps too — you can better see what’s happening around you, and what’s coming.  The net result is that the risk of going faster is mitigated.

Quick question:  If something really big happened in your industry, do you have internal “alarms” that would go off in your business?  How long would it take for you to find out?

7 User Interface and Experience Counts:  If you’re used to selling client-server enterprise software that was installed on premises, there’s a chance that you didn’t think that much about UI and UX. You were focused on other things (like customization, rules engines and remote troubleshooting).  That was mostly OK, because on average, the UI/UX of most of the other applications that were running on user desktops at the enterprise sucked too.  So, when you got compared against the other Windows client-server apps, you didn’t fare too badly.  In the SaaS world, everything is running in a browser.  Now, the applications you are getting compared to are ones where someone likely spent some time thinking about UI/UX.  Including those slick consumer apps.  You’re going to need to step it up.  In this world, design matters much more.  Further, as noted in #2 above, success in SaaS is not just about selling customers, it’s also about retaining them.  If your user experience makes people want to pull their hair out and run out of the room screaming, there’s a decent chance that your cancellation rate is going to be higher than you want.  High cancellation rates kill SaaS startups.

Quick tip:  Start recruiting great design and user experience talent now.  They’re in-demand and hard to find, so it might take a while.

So, what do you think?  Are you running a SaaS startup now?  What have you learned?  Would love to hear about your experiences in the comments.