5 Tips On VC Alignment: Discuss The Exit Before You Enter

The following is a guest post from Jeff Bussgang.  Jeff is a serial entrepreneur and currently a general partner at Flybridge Capital Partners, a Boston-area early-stage venture capital firm.  Jeff is also the author of the recently released book “Mastering The VC Game”.

One of the hardest things about venture-backed start-ups is achieving alignment.  When there is alignment between entrepreneurs and VCs, all collective energies are directed towards the magic of building an amazing, world-beating start-up from scratch.  When the entrepreneur and VC are out of alignment, the likelihood of success plummets and self-inflicting wounds, rather than market- or competition-related issues, tend to dominate the agenda. 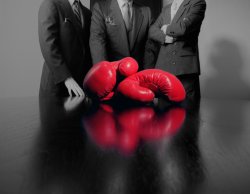 In researching my book on entrepreneurship and VC, Mastering the VC Game, the issue of alignment came up again and again from both sides of the table.  Here are some of the best practices I heard from the entrepreneurs and VCs I interviewed:

1. Be explicit from the start.  Naturally, there will be pockets of misalignment – VCs and entrepreneurs answer to different masters and sometimes have different structural objectives.  Making explicit these pockets of misalignment and talking them through openly is often even more critical than the particulars of, say, the deal terms in a financing.  One useful technique for clarifying the various scenarios of misalignment in financings and M&A outcomes is to maintain a simple spreadsheet with the entrepreneur-VC split laid out under different exit outcomes. This distribution of proceeds in the event of a sale is often called the “waterfall,” evoking an image of sale proceeds cascading like a river to various shareholders.  I recommend entrepreneurs be clear at all times and at every financing about what the waterfall calculations look like for each of the preferred and common shareholders.

2. Seek first to understand, then be understood.  I borrowed this one from Steven Covey.  It’s important that entrepreneurs understand the VC’s perspective in all situation and through what lens they are looking at things. For example, if everything goes well, most of the control-oriented provisions in a term sheet never come into play—it’s all discussion, earnest debate, and aligned decisions. But when things go poorly and there are the inevitable disagreements, the VC is often in the driver’s seat to make major decisions. Only in rare circumstances can the entrepreneur retain full control of major decisions after they take VC financing.  Therefore, entrepreneurs need to invest the time and energy to understand how VCs are compensated, motivated and what the particular interpersonal dynamics of their board member are within their partnership.  For example, how much carried interest does their VC board member have in their respective partnership compared to the other partners?  VCs always want to know how the equity is split amongst founders.  Turnabout is fair play.

3. Don’t take it personally.  Zynga founder and CEO Mark Pincus put it very well to me when he said, “I tell entrepreneurs:  don't be a victim. It doesn't matter whether you like the venture capitalists or don’t like them, really.  Structurally, they have areas of conflict and areas of overlap with you.  Depending on the way things go, there's a high likelihood that you're going to run into conflict with them at some point, whether they're your friends or not. And what defines great companies and what defines great venture capitalists and great entrepreneurs is not whether or not you run into those conflicts, but it's how you navigate around them.”  The key is to de-personalize this and simply understand what is the job of a venture capitalist and what are their levers.  Mark voiced every entrepreneurs fear, “All that we feel as an entrepreneur is, ‘They're trying to get control of my company. They want to mettle. They want to second-guess me when things go bad and ultimately fire and replace me.’” It’s natural for those issues to come up. So talk about them, as dispassionately as you can.

4. Discuss the exit before you enter.  Before you accept a VC’s money, make sure you are on the same page about your financial objectives and what defines success in terms of ultimate outcomes.  If you don’t see eye to eye on the exit criteria and framework in advance, don’t bother entering into business together.  Some VCs, particularly those with smaller funds, like you to raise less money and operate in a more capital-efficient fashion.  Others, particularly those with larger funds, will push you to go for the bigger outcome.  The nightmare scenario arises when an entrepreneur may be thrilled with a $100 million exit, but the VC doesn’t feel it’s “good enough” and blocks the transaction to play for a bigger win. The VC is swinging for the fences and has many chances in their portfolio to generate enough returns to ensure success for their fund, while the entrepreneur may feel this is their one shot and being a multimillionaire is good enough.  Fred Wilson tells a great story I include in the book about a team of entrepreneurs getting pressure from their spouses to take the $100 million offer and cash out.  Hard to argue with your spouse that it’s worth doubling down on your start-up when paying down the mortgage and putting enough money to pay for college is priority #1!

5. Communicate, communicate, communicate – no surprises. In trying to ensure VC-entrepreneur alignment, nothing helps like clear, transparent, high frequency communication.  And nothing hurts like a lack of transparency.  “No secrets. No surprises,” Dave Balter CEO/founder of BzzAgent explained. “I heard that early as a CEO.  If something new is going to come up in a board meeting that’s not good, put the calls out early to the directors. ‘Here’s what’s going on, here’s why. I want you to think about it. Help me.’ So when we get in the board meeting, they don’t say, ‘What are you talking about?’”  I had one situation where a CEO revealed to me that his technical co-founder was moving to Spain for personal reasons right in the final stages of a new funding process. He was nervous about telling me, but did it in an honest and open way as soon as he found out. His candor was compelling to me, and his plan for recovery was pragmatic and thoughtful, so we still funded the company.

To be successful partners in business-building, entrepreneurs and VCs have to trust each other to be open about their motivations. In the case of the entrepreneur, they may be trying to protect their position of power at the expense of shareholder value. In the case of the VCs, they may be trying to achieve gains on behalf of their limited partners at the expense of the other company shareholders. If entrepreneurs and VCs suspect that the hidden motivations of the other are dominating their behavior and their decision making, they will lose trust in their advice and counsel. That’s when the soap opera stories begin.

In the end, entrepreneurs need to raise the right amount of capital for their business, under terms they can live with (and can achieve under the circumstances) from VCs with whom they have great chemistry and who they believe will be good business partners for the long, hard journey. It’s difficult enough to build a large, valuable company from scratch. Imagine if you get some key decisions wrong and start off with the wind in your face.

But the right decisions and the right VCs put you in a position with the wind at your back, allowing you to focus on all the tough challenges of building a business and creating value in your start-up.

9 Quick Tips Learned While Raising $33 Million In Venture Capital
venture capital February 8, 2010
As the market improves, my guess is that many of you will likely be thinking about raising funding for your company.  With my latest startup, I’m now a venture-backed startup founder…
Read Post
Selling or Funding A Startup? Tips On Surviving Technical Due Diligence
guest February 28, 2012
The following is a guest post from Karl Treier. Karl is a serial entrepreneur, currently with ProspectStream and SaaS Capital. He currently blogs at The Alien Entrepreneur. Be Better…
Read Post
Subscribe