Why Venture Capitalists Invest In Pigs, Not Chickens

The following is a guest post from Jeff Bussgang. Jeff is a serial entrepreneur and currently a general partner at Flybridge Capital Partners, a Boston-area early-stage venture capital firm. Jeff is also the author of “Mastering The VC Game”.

There is an old parable about the concept of commitment when it comes to breakfast. The story goes that when looking at a plate of the traditional fare of ham and eggs, it's obvious that the chicken is an interested party, but the pig is truly committed.

When I tell this story to entrepreneurs, my point is usually to contrast the approach VCs have to start-ups as compared to entrepreneurs. The VC is an interested party, but at the end of the day, if their start-ups live or die, they typically still have their job, their office and their portfolio of other investments. The entrepreneur, on the other hand, is the pig - truly committed to the outcome, with no fallback. 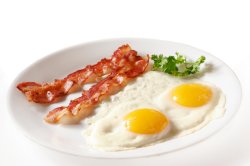 But lately I've been thinking about the parable of the pig and the chicken in the context of the characteristics that make a great entrepreneur - and the kind of entrepreneur that we VCs in general, and my firm Flybridge Capital in particular, like to back. In short, we like to back pigs - entrepreneurs who are truly and completely committed to the outcome of their venture, have a lot of stake, and no fallback.

How do we discern the difference between the two entrepreneurial archetypes? It's usually relatively easy, but sometimes subtle. Here are a few of the top characteristics we see in entrepreneurs who appear to be exhibiting behavior that suggests they're more like "chickens" when it comes to their start-up:

1) Prefer to wait to start their venture only after they receive funding ("We are ready to go, as soon as you give us your money." ...um, does that mean you won't start the company if I don't give you my money?).

2) Don't quit their day jobs before receiving funding. ("This has been a side project for a year, and I can't wait to focus on it full-time" ... um, if you can't wait - why are you waiting?)

3) Don't physically move themselves or their teammates to be in the same geography when starting their venture (think Eduardo Severin in the Social Network spending his summer in NYC).

4) Prefer to play a hands-off chairman role or look to quickly hire a COO/president in the early days rather than operate as the hands-on CEO/president. (I'll leave out the numerous examples to protect the innocent, but as a rule of thumb, companies with fewer than 40 employees don't typically need a COO).

5) Are unwilling to fully leverage their own personal and professional networks to drive recruiting, fundraising and business development.

On the other hand, the top five characteristics we see in "pig" entrepreneurs include:

1) Commit to the new company everything they have - even if that means moving their families, quitting their jobs, or even dropping our of their schools (as much as I don't want to condone or encourage this!).

2) Put themselves "out there" publicly and visibly with the industry, their relationships, family and friends. If the company is a failure, it will not be a quiet one.

3) Have not yet achieved a mega-success already and/or yet achieved wealth beyond the point of needing to work again. (I remember my mentor and boss at Open Market, CEO Gary Eichhorn, congratulating me when I became a first-time homeowner in the mid-1990s and observed: "I hope you got a large mortgage so that you are locked in and highly motivated to create wealth!").

4) Participate in a minimal set of outside interests and hobbies that aren't directly related to their business. Starting a company is a consuming, obsessive, 7x24 endeavor. Raising a family and remaining healthy is enough of a battle. When we see entrepreneurs with long lists of hobbies and outside interests, it's a red flag. One of my partners went so far as to look up the number of times an entrepreneur played golf one summer (which apparently is public information somehow, although I'm not a golfer so still don't know how he figured this out) as a barometer for how hard they were applying themselves to their new venture.

5) There exists a rare breed of entrepreneurs that have already had mega-success are so special and driven that they remain obviously hungry and scrappy. For these entrepreneurs, the key is to watch and see if they're still as hands on as they ever were (e.g., obsessed with the product, knee-deep in the financial model, out in front of the organization in selling). Again, these entrepreneurs are very special.

So what are you - the chicken or the pig? Investors clearly prefer one model over the other, not just in the founder, but in the entire team. As a result, as you are assembling your start-up team, be careful not to hire chickens. In the eyes of prospective investors, you may find it's even less kosher than hiring pigs.