The following is a guest post written bySanket Nadhani. He previously headed Marketing and Sales at FusionCharts and just launched an eBook on the complete journey of the company on its tenth birthday.

FusionCharts was founded in 2002 by my brother, Pallav Nadhani, in a quest for more pocket money. The charts people used on the web those days were Excel-type charts that were a pain to use, sat heavy on the servers often sending them crashing and burning, and generated deathly-dull output at the end of it all. FusionCharts came in with sexy, animated and interactive charts that were a breeze to use and installed the copy-paste way. Today, it has 20,000 customers and 450,000 users in 118 countries, powers more than a billion charts per month and clocks $7M in annual revenues. But that's not the interesting part. The interesting part is that this is the handiwork of a 17-year old with no business knowledge whatsoever living in India — a land that was nowhere on the product map a decade ago. In this post, I will share the unconventional problems that came our way and the lessons we learnt. Even though I moved on from FusionCharts a year back, I am still going to refer to it as "we" wherever required because that's how much a part of my identity it is. Also, brevity is good. 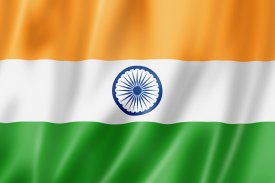 Ask any entrepreneur why they started up and the reasons would vary from “The project management tool we had didn't cut it for us to “The world of education had been languishing in the dark ages for too long.” And of course, there's that thing this Steve guy said that people love to repeat — I wanted to make a dent in the universe. But “I wanted to make money” is not something you hear of often. It sounds shallow, and most entrepreneurs shy away from it. FusionCharts started as a quest for more pocket money when as a teenager, Pallav needed more money to go bowling and hang out in cafes. Creating an interactive charting library isn't world-changing. It's not even sexy. But it solved his problem of making more pocket money.

It's not just about the product, it's the complete package

People don't want to know what a product can do, they want to know what a product can do for them. So throwing a feature list in their face, no matter how nicely done, is not going to cut it. They need to have the this is itfeeling as soon as they hit your website. And more so, when you are sitting in India trying to sell to Fortune 500 companies around the world. Right from the early days, FusionCharts has had real-life business demos on its website. Sales dashboards, KPI monitors, network monitoring systems, and all of them with actual business data. Of course, we could have just put out the product with an extensive feature list and expected people to give us all their money. But instead we decided to put in hours conceptualizing the demos, gathering real-life data (dirty dirty job!) and then finally implementing them. But the end result was worth the effort. Project and product managers from large enterprises would come to the website with a picture of the dashboard they need in their head, see that we have a sales dashboard, click on it and go wow. This is exactly what I am looking for. They would then ask their development team to check it out and let them know if it was good to go. So what would otherwise take three phone calls and seven emails took all of five minutes of the manager's time, and no involvement from us at all.

Every time an organization is faced with a big problem, the kind that shifts the ground beneath their feet, they just start throwing resources at it. Big money, top people. But it doesn't have to be that way — big problems often have small inexpensive solutions. FusionCharts was commercially open source from day one. The idea behind making the source code available was that people would feel safe about buying from an unknown company from India. Even if FusionCharts turned out to be a fly-by-night operator or went down in crashing, burning flames for whatever reason, they could keep their charting up-to-date by building on the source code. However, this credibility-establishing factor almost spelt doom for FusionCharts. A company from Eastern Europe picked up the source code, made some small changes to it and started selling it as their own product for a cheaper price. Of course, they had to be sued. But going the legal way needed a lot of time and money, both of which FusionCharts didn't have at that point in time. So when a new version of FusionCharts was launched, the previous version was launched as FusionCharts Free. It was free to use in both personal and commercial projects, no strings attached. What the infringers were selling for slightly cheaper could be had from the original developers itself, for free. No one has tried pulling that trick ever again.

The release of FusionCharts Free not only helped fend off the infringers, it also helped get the FusionCharts brand name out in markets that were tough to reach otherwise. Developers who are wary of playing with a trial version, believing it comes with some gimmick, got playing with the product and liked what they saw. Some developers built plugins and wrappers around FusionCharts Free for different platforms including GWT, Drupal and Joomla. Startups, who were low on money started using the free version in their product and when they had paying customers, they came back to get the paid version. In essence, FusionCharts Free has done more marketing for FusionCharts than even the best of traditional marketing campaigns.

If you have a picture of the US President using your product, tell the world about it

In 2009, the US national CIO unveiled the Federal IT Dashboard which was designed to give the public a look at the status of thousands of ongoing IT projects in the government. It also tracked the effectiveness of the government's overall IT spending — 600 billion dollars of them. The dashboard was using FusionCharts in plenty, something even Tim O'Reilly made a mention of in an article he wrote. That was a great story to go tell the world about, but it got even better. One of these nights, while idly browsing the web in the middle of the night, we came across a picture of Barack Obama using the Federal IT Dashboard. While we could have told the world how Barack Obama was using FusionCharts as a part of the Federal IT Dashboard, we decided to be bold and shortened it down to Barack Obama uses FusionCharts. And then we went to the mass media with the story. We were covered in many of the leading publications in the country. In fact till today, every coverage on FusionCharts makes a mention of Obama using FusionCharts in one way or the other. After all, how many companies can claim that White House uses their product with a picture to prove it?

Give people more reasons to remember you than just the product

Business isn't just about your product and offering. A large part of it is how people feel about you. A genuine conversation, a good story, they all add up. Every time we have gone to a tradeshow, we make a list of objectives which includes generating sales leads and getting press coverage. But another of those objectives, and a very important one, is to radiate warmth and happiness to every around. Even to people we spend only a minute with. And it reaps rich rewards when we come back to emails from people saying how much they enjoyed meeting us. There have been times when people have commented on a FusionCharts article somewhere on the web just to say that the team is very friendly. Words like those can brighten up even the toughest of days. And then of course, there's the power of a good story. People love stories, no matter how left-brained they are. So when FusionCharts completed a decade of being in business, we decided to write an eBook on the complete journey of the company, with warts and all. And the feedback we have got within a week of launching the book has been touching, to say the least. People who did business with us half a decade ago are writing in just reminiscing about the good old times. Entrepreneurs and aspiring entrepreneurs are writing in about how inspiring they found the story. Existing users and customers are writing in to say how they feel like a part of FusionCharts now. There's nothing like a good story.

A startup founded by a 17-year old in a country without a product ecosystem as such can never be smooth-sailing. But what it can be is extremely satisfying, as you tackle problems both usual and unusual. And extremely satisfying it has been. If you like what you read, check out the complete story of FusionCharts in Not Just Another Pie In The Sky.

What are some of the most unusual lessons you have learnt along your startup journey? Would love to hear your thoughts in the comments.

Selling Technology To Small Business: 7 Insights From Top Innovators
sales October 4, 2006
I had the opportunity today to attend a conference held by Longworth Ventures Partners.  Longworth is a VC firm here in the Boston area.  The most interesting session of the…
Read Post
Software Startups: 7 Signs The Industry Is Doing Well
facts May 2, 2007
I've been reading through the Q1 2007 Software Industry Equity Report.    Though the public markets are very different from the world of software startups, I think it is helpful for…
Read Post
Subscribe