Why Startups Should ALWAYS Compromise When Hiring

There’s a non-zero chance that you’re reading this because you were thinking:  “What the heck is he talking about?  Shouldn't startups be hiring the best people possible?  What's this about comprimising?”

And, if you were thinking that, you’d be right.  Startups should hire the best people possible.  But, if you re-read the title, you’ll notice that I’m saying you should always compromise.  Why?  Because there’s no such thing as the absolutely perfect hire along every possible dimension.  If you recruit people that you think were a “no-compromise” hire, you’re deluding yourself with unrealistic expectations.  Nobody’s perfect (and if they are, you probably couldn’t recruit or afford them anyways). 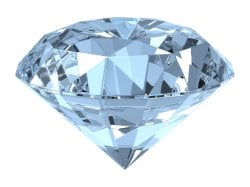 Everyone you bring on is a compromise.  The trick is to compromise on the right things.

Let me explain.  Here are several different attributes or “dimensions of awesomeness” you might seek for your startup recruit:

2.  Experience:  Have they done this particular job before?  Did they succeed at it?

3.  Intelligence:  Are they smart?

4.  Academics:  Do they have the right degree?  From the right place?

5.  Hunger:  Are they motivated?  Are they ambitious?

6.  Risk-Tolerance:  Can they share the risk?  Or, are they looking to make fair market value?

7.  Scrappiness:  Can they get by with little?  Are they resourceful?

8.  Loyalty:  Can you get them to commit to your cause?  Will they be fiercely loyal?

Those are just a few I thought of off the top of my head.  It’s by no means a complete list.  I intentionally left out things like “integrity”, because it’s hard to argue in favor of compromising on integrity.  That’s just plain stupid.

But just about all of the attributes listed above could be compromised a little in exchange for something else.  For example, if you were somehow able to grade a recruit along all these dimensions, you might find that someone scores “average” in the academics dimension — but is off-the-charts smart (happens all the time).  So, you might decide that it’s OK for them not to have an ivy league degree.  Or, someone might be so smart, passionate and entrepreneurial — but lacking in experience.  Perhaps that’s OK too.  Or, maybe you really do have to have the absolutely perfect person along every possible dimension, but they’re so good, you’re just not sure you’re going to be able to keep them engaged.  Perhaps you’ll have to compromise on the loyalty front.

The point is, like with just about everything related to startups (and lots of things in life), there are tradeoffs.  You need to figure out which dimensions are absolutely critical (where you will not give), and which ones you’re willing to compromise a little on.  There’s no right answer — it depends on your business, your culture, your values and your instincts.

What do you think?  Which attributes of people do you value the most?  What would you be willing to compromise on, if you could get almost everything else?  What things do you hold inviolate — that you would never compromise on?  Please leave a comment.

Or, if you'd prefer, you can take the conversation to twitter.  You can find me @dharmesh on twitter. 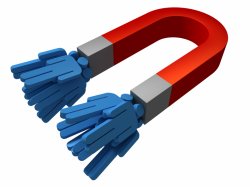 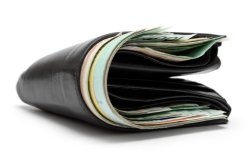 The Attention Economy vs. The Wallet Economy