What It's Like To Be The CEO: Revelations and Reflections

Written By: Dharmesh Shah June 5, 2012
What It's Like To Be The CEO: Revelations and Reflections Written by Dharmesh Shah on June 5, 2012
The following is a guest post from Paul DeJoe, founder at, Ecquire, which provides contact management software and EIR at Fairbridge Venture Partners. This article is adapted from an answer on Quora that Paul left responding to the question “What does it feel like to be the CEO of a startup?” I reached out to Paul for permission to share his thoughts with the OnStartups.com readership. At the end of the article is an epilogue with additional notes. It's worth reading too -Dharmesh
On May 20th, either right before midnight or right after midnight, I can't remember, I posted my rendition of what it feels like to be a startup CEO to a question on Quora. 1124 votes later and one last glance at a notification of an up vote from, Jia Liu, a social game maker from Zynga, I'm going to close the Quora tab and at the recommendation of Dharmesh, write what this last few days have been like, some of the cool things I've heard and some of the great people I've met as well as what I've realized.
With that said, here's the original post that sparked such a fantastic response.

What It Feels Like To Be The CEO Of A Startup

Very tough to sleep most nights of the week. Weekends don't mean anything to you anymore. Closing a round of financing is not a relief. It means more people are depending on you to turn their investment into 20 times what they gave you.

It's very difficult to "turn it off". But at the same time, television, movies and vacations become so boring to you when your company's future might be sitting in your inbox or in the results of a new A/B test you decided to run.

You feel guilty when you're doing something you like doing outside of the company. Only through years of wrestling with this internal fight do you recognize how the word "balance" is an art that is just as important as any other skill set you could ever hope to have. You begin to see how valuable creativity is and that you must think differently not only to win, but to see the biggest opportunities. You recognize you get your best ideas when you're not staring at a screen. You see immediate returns on healthy distractions.

You start to respect the Duck. Paddle like hell under the water and be smooth and calm on top where everyone can see you. You learn the hard way that if you lose your cool you lose.

You always ask yourself if I am changing the World in a good way? Are people's lives better for having known me?

You are creative and when you have an idea it has no filter before it becomes a reality. This feeling is why you can't do anything else.

You start to see that the word "entrepreneur" is a personality. It's difficult to talk to your friends that are not risking the same things you are because they are content with not pushing themselves or putting it all out there in the public with the likelihood of failure staring at them everyday. You start to turn a lot of your conversations with relatives into how they might exploit opportunities for profit. Those close to you will view your focus as something completely different because they don't understand. You don't blame them. They can't understand if they haven't done it themselves. It's why you will gravitate towards other entrepreneurs. You will find reward in helping other entrepreneurs. This is my email address: paul[at]ecquire.com Let me know if I can help you with anything.

Your job is to create a vision, a culture, to get the right people on the bus and to inspire. When you look around at a team that believes in the vision as much as you do and trusts you will do the right thing all the time, it's a feeling that can't be explained. The exponential productivity from great people will always amaze you. It's why finding the right team is the most difficult thing you will do but the most important. This learning will affect your life significantly. You will not settle for things anymore because you will see what is possible when you hold out for the best and push to find people that are the best. You don't have a problem anymore being honest with people about not cutting it. 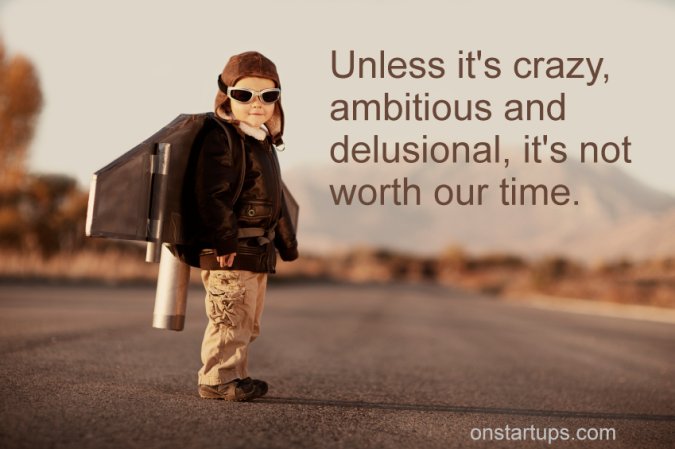 You start to see that you're a leader and you have to lead or you can't be involved with it at all. You turn down acquisition offers because you need to run the show and you feel like your team is the best in the World and you can do anything with hard work. Quitting is not an option.

You have to be willing to sleep in your car and laugh about it. You have to be able to laugh at many things because when you think of the worse things in the World that could happen to your company, they will happen. Imagine working for something for two years and then have to throw it out completely because you see in one day that it's wrong. You realize that if your team is having fun and can always laugh that you won't die, and in fact, the opposite will happen: you will learn to love the journey and look forward to what you do everyday even at the lowest times. You'll learn not to get too low when things are bad and not to get too high when things are good and you'll even give that advice. But you'll never take it because being in the middle all the time isn't exciting and an even keel is never worth missing out on something worth celebrating. You'll become addicted to finding the hardest challenges because there's a direct relationship between how difficult something is and the euphoria of a feeling when you do the impossible.

You realize that it's much more fun when you didn't have money and that money might be the worse thing you could have as a personal goal. If you're lucky enough to genuinely feel this way, it is a surreal feeling that is the closest thing to peace because you realize it's the challenges and the work that you love. Your currencies are freedom, autonomy, responsibility and recognition. Those happen to be the same currencies of the people you want around you.

You feel like a parent to your customers in that they will never realize how much you love them and it is they who validate you are not crazy. You want to hug every one of them. They mean the World to you.

You learn the most about yourself more than any other vocation as an entrepreneur. You learn what you do when you get punched in the face many many times. You learn what you do when no one is looking and when no one would find out. You learn that you are bad at many things, lucky if you're good at a handful of things and the only thing you can ever be great at is being yourself which is why you can never compromise it. You learn how power and recognition can be addicting and see how it could corrupt so many.

You become incredibly grateful for the times that things were going as bad as they possibly could. Most people won't get to see this in any other calling. When things are really bad, there are people that come running to help and don't think twice about it. Tal Raviv, Gary Smith, Joe Reyes, Toan Dang, Vincent Cheung, Eric Elinow, Abe Marciano are some of them. I will forever be in their debt and I could never repay them nor would they want or expect to be repaid.

You begin to realize that in life, the luckiest people in the World only get one shot at being a part of something great. Knowing this helps you make sense of your commitment.

Of all the things said though, it's exciting. Every day is different and so exciting. Even when it's bad it's exciting. Knowing that your decisions will not only affect you but many others is a weight that I would rather have any day than the weight of not controlling my future. That's why I could not do anything else.

Building To Sell vs. Building It Well
strategy January 28, 2006
Guess I’m a poet and didn’t even know it…   There are many people that believe that you should not try and create a company simply with the mindset of selling it someday.  I happen to…
Read Post
Why Venture Capitalists Invest In Pigs, Not Chickens
guest September 8, 2011
The following is a guest post from Jeff Bussgang. Jeff is a serial entrepreneur and currently a general partner at Flybridge Capital Partners, a Boston-area early-stage venture…
Read Post
Subscribe