Thoughts On The Economics Of Giving It Away

Chris Anderson has a new article in the WSJ titled “The Economics Of Giving It Away”.

This whole idea of free+premium (freemium) is one I’ve been fascinated by for a while.  (See my article about the challenges of the freemium pricing model). 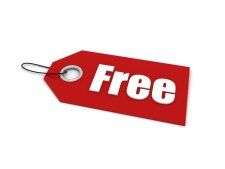 The article was good, but not a bit repetitive in places and didn’t quite have as much richness as other works from Chris.  Having said that, there were so many sound bites and quotables that I couldn’t resist just grabbing a few and sharing them.

Here were my favorite bits:

1.  “For the Google Generation, the Internet is the land of the free.”

Agreed that Google has trained us to expect things for free — but this makes it no less troubling.  Google (at least until recently) had a relatively simple business model:  Create the best search engine, make a ton of money on AdWords and do other fun stuff that helps one or the other (or just makes employees happy).  They’re reducing some of the “it’s ok if it just makes employees happy” projects, but the core model hasn’t changed much.  The troubling part is that you and I are not Google.  Google has a reality distortion field that nobody else has.  So, though it’s fine for them that they built a generation of people that expect a bunch for free, many of us have to actually figure out how to make money.

2.  “The minority of customers who pay subsidize the majority who do not.”

Yep.  Subsidize.  That’s the right word.  The trick is getting the ratio right.  At some level, you need to charge a price to paying customers that matches the value being delivered (and is competitive) but that alsos makes sure that there’s enough money to pay for all those other users.  Though costs for lots of things (hardware, software, tools) are falling steadily — they’re still not zero.  This is one of the things I disagree with Chris on.  Though he says the costs are “basically” zero, “basically zero” does not pay the bills.  Often, the level of scale required to ensure that costs really are near-zero is high, and most startups will likely never get there.

No argument here.  In a down economy, people are even more price sensitive.

4.  “The Web has become the biggest store in history and everything is 100% off.”

It’s an interesting sound bite, but not entirely accurate.  We are sellers more than we are buyers.  We’re selling our attention.  Or perhaps even more accurately, we’re trading our attention for access to “free” stuff.

It has taken a while for us to figure this out (again) but yes indeedy we’re back to a world where business models might actually be fashionable again.  Who would’ve thunk it?  You and me, that’s who.  Let’s get to work.

6.  “It's now time for entrepreneurs to innovate, not just with new products, but new business models.”

One of the areas that I was fascinated by, going through grad school, was how many of the tech successes of the past decade were as much about an innovative business model as they were about technology.  We’re just starting to figure out how the internet can help us efficiently reach customers, build relationships and (gasp!) make money.

8.  “Today's Web entrepreneurs have to not just invent products that people love, but also those that they will pay for.”

I’ll take this one step further.  Just matching free with paid is not enough.  You have to get the price that people pay “somewhat right”.  The temptation for many is to make the price really low, and assume a certain (high) scale to overcome fixed costs.  Don’t rationalize a really low price by assuming really high scale.  To some degree, we have some anchoring (“hey, we’re giving a lot of this away for free, so people won’t pay much for the premium product”) — but that’s still no excuse.

Summary:  The old strategy of simply getting a bunch of users and expecting that the details will somehow sort themselves out (like with an acquisition) just isn’t going to work right now.  Probably not for a little while.  Even the really successful folks like Facebook, digg and twitter haven’t figured it out yet.  It’s a bit naive to think you’re not only going to get significant scale but that you’re also going to be able to monetize advertising even better.  If I were you, I’d get practical and see if you can figure out a way to write software and charge for it.  You know, like we used to do back in the good old days.

What do you think?  Will many entrepreneurs start shifting back and tackling that highly unpleasant task of generating revenues?  What are you going to do? 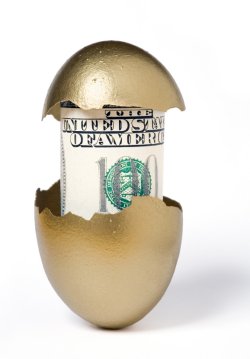 More Reasons Why Now Is The Time For Hatching Something New

Why Your Startup Shouldn't Copy 37signals or Fog Creek