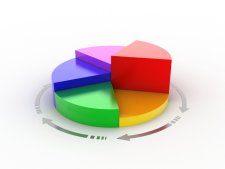 The data in this article is taken from compstudy.com which publishes a report titled “2008 Compensation & Entrepreneurship Report in IT”.  The report is based on a compensation survey.  This year’s report is based on 342 survey respondents representing 1,600 executives.  Note:  I am not affiliated with CompStudy.  I received the report for free, and I do not know what they charge for it.

Here are some points from the report that I found interesting.

1.  This year’s survey was conducted between April and June 2008.

2.  31% of the executive population this year were founders in their companies (up from 28% in the prior year).

3.  CTOs and CEOs were the most frequent founders.

6.  Outside of the CEO/President the non-founder Head of Technology holds the highest average equity percentage at 1.53%.

7.  Just 33% of the companies in the latest financing stages still have the founding CEO.

8.  For companies raising one or fewer rounds, the average founding CEO holds nearly one third of the equity.  After two rounds, this reduces to an average of 18%.

14.  Investors comprise more than half othe board of directors seats.  Outside board members comprise about 20% of the board.

So, what are your reactions to some of these data points?  What were you most surprised by? You can leave a comment here or discuss in the OnStartups community on LinkedIn (now with 30,000+ members).