How To Pick The Right Idea For Your Startup

As a current startup founder, one of the most common questions I get is how to come up with a good startup idea. I most often get this question from non-technical or semi-technical founders who would probably regard themselves as outsiders to Silicon Valley.

Picking which idea to work on is the most important decision a founding team can make. Execution is important, but is too amorphous a concept to be called a decision by itself.

Team is important too. But while investors can choose between different founding teams based on their experience and such, the team is a constant once the founders establish it. And the lone founder who is still recruiting a team can't really change him or herself, but does have control over what idea he or she pitches to potential recruits.

I'll do two things in this post. I'll lay out some criteria for what makes a good startup idea. Then, I'll describe some ways that people can successfully come up with ideas that satisfy those critera. 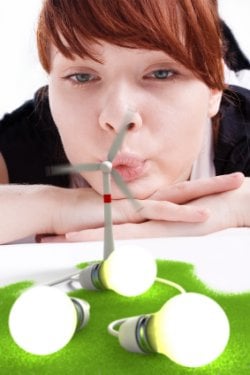 1) Your idea needs to do at least one of three things:

Make something difficult easy: For example, AirBnB made finding an apartment rental easy. In fact, almost all businesses derived from Craigslist follow this criteria-- they make exchanging things between people very easy. My startup, GiftRocket, makes it easy to buy a gift for someone anywhere in the country. Even social tools like Facebook and LinkedIn make staying in touch with people easy, though that is a bit more abstract. Just to test the ubiquity of this quality, I checked the companies in YC's W11 batch and 83% fell into this category.

Make something expensive cheap: Hard technology companies like Apple make the most advanced technology available to a consumer in an affordable package. Deal sites like Groupon do this far more directly. People care about money, and if you're offering them something for a discount, there's a clear value proposition. I did a quick count, and 14% of YCW11 companies matched this quality.

These are all a more specific way to say that your idea needs to fulfill an existing need, and more generally should be something people want.

2) Pick something with a big market pain.

Market size isn't always a great indicator of potential for success. The better question is how happy are you making your users? If you make a few users exceptionally happy, that might be far better than making a lot of users marginally happy. That means that the market for your product may be small, but if you're creating thousands of dollars of value for those users by solving a major problem for them, they'll seek you out. User acquisition and marketing problems just go away.

Social software (e.g. foursquare, Instagram, Twitter) follows a different path than ecommerce. These companies have userbases that are valuable because of their engagement, and are ultimately monetizable for their data. Foursquare sells their data to local merchants. The key metrics for companies like these are user growth, virality, and engagement.

Compare this with ideas that have a clear business model from the start. For example, Hipmunk and SeatGeek make money on affiliate for flights / hotels and ticketing sites. The key metrics for these businesses are revenue, and eventually margin.

There are big impacts for how you get users to your product depending on which one of these your idea is. Social software usually has to rely on word of mouth and virality. On the other hand, commerce businesses have more concrete customer lifetime values and can buy customers and traffic using ads.

4) Pick something where you can empathize with your users.

Ideally, you would be building something for yourself. However, a lot of founders are able to build something that they don't regularly need-- it just requires that they are good at getting and acting on user feedback. So for example, if you were building some software you needed at your old job, you still might need to build it with the interests of the procurement officer or IT manager in mind.

How to come up with good startup ideas

1. Keep a log of things that you use that "suck" throughout the day.

Life is full of inconveniences, and the neurotic complainers actually have a huge advantage in this department. Every time I get in the cab line when I get to the airport, I always think "there's got to be a better way." Out pops an idea like Uber, or some sort of ride sharing service that helps me split cabs with people nearby.

2. Look through your business and personal credit card statements.

If you're already spending money somewhere, is there a way to cheapen the amount that you're spending? Or do you feel like you're not getting your money's worth on something you bought? Spend statements are a great way to see where there are big markets waiting for disruption.

3. If you work for a company, think about some of the biggest issues that you face.

I was a former management consultant, and version control for documents and powerpoint files was a massive problem for us. I would stay up late at night writing a deck, and find out the next day someone else was working on that same section. Other times, I'd realize that I was using an older version of a deck, working on slides that had been deleted in later revs. There should be solutions to those problems out there, but what exists isn't still sucks. I'm convinced every company out there still has multitudes of these problems, and if you've ever worked for one you've probably encountered them.

Given even the most experienced investors miss out on ideas that end up being very successful, the only real way to know whether something will be successful or not is to launch it and see what happens. There's no shortage of ideas. Every YC demo day, including the one that just happened, there are always 4-5 companies where everyone wonders "why didn't I think of that?"

But before dedicating your life to a startup idea-- it's certainly worth having a good brainstorming period of a couple weeks, or even months, where you familiarize yourself with the spaces out there and commit to working on something.
---

Have you been through the startup idea selection process?  Have any of your own tips or experiences to share?