5 Reasons An Angel Investor Will Walk From Your Deal

The following is a guest post by Ty Danco. Ty is an angel investor and startup mentor. Read more of his thoughts at tydanco.com.

You’ve got a killer idea, a good prototype, a terrific market opportunity, and maybe even some funding already. But you still may lose potential investors that have nothing to do with your deal, and everything to do with you. Here are 5 of my non-negotiable hot buttons that will make me turn down an investment, no matter how good the financial prospects appear. 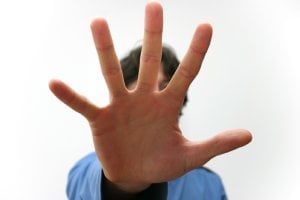 1. You knowingly mislead people. If you’re not trustworthy, it’s over. Full stop. It can be as simple as pretending to know answers when you don’t, implying that you have investors or contracts that aren’t real, or giving half answers to questions that conveniently leave out non-flattering but significant information. Note that I’m not going to dump you simply for painting the rosiest plausible picture and showing hockey stick revenue numbers that seem ridiculously ambitious. Investors expect some amount of hype, and we can put up with that. But you have to be honest.

Worst is a coverup: An entrepreneur presenting to an angel group was discussing his record as a "successful repeat entrepreneur", but didn’t give particulars other than "the last company he founded went IPO." When upon questioning he told us the name of that company, it only took a few minutes on Google to discover that 1) the company was now defunct, having been in the middle of a penny-stock trading scam, with multiple lawsuits still ongoing; and 2) that the founder/CEO had a different name than the man presenting. He responded to the first fact that he had been the victim of those scams, and to the second that he had decided to change his name. Needless to say, no checks were written to that company. His new company actually had acquired rights to some interesting technology, but the integrity question made it a total no-brainer pass.

2. You haven’t done your homework. Unfortunately it’s not the norm that an angel will have deep knowledge of the sector you are in, so we’re going to ask questions, and lots of them. But imagine what our reaction will be if you don’t know the answers to our basic questions about your own markets, your competitors, or worse, haven’t even considered an obvious question. At best you’re too green to invest in, shown by your chase of angel investments before you are ready. The good news is that this is easily correctible. Do your homework before you pitch angels; when you practice your pitch dozens of times before mentors and other entrepreneurs, chances are you will have had a chance to think about and respond to almost all of the obvious questions. But until you get to that point, don’t burn your bridges pitching to investors too early. Work on your business model and your pitch until they are shining jewels.

3. Your projected expenses are unreasonable. As mentioned above, I don’t really mind—and come to expect—entrepreneurs showing revenue projections that go straight to the moon. However, I will scrutinize projected expenses, hard. If they are unreasonably low—for instance, having a model that depends on external sales without any meaningful salaries or commissions, not budgeting in legal expenses, etc.--that marks you as a greenhorn that needs to go back to school. Worse than the greenhorn is the greedy entrepreneur who is looking to raise money to immediately go back into his or her pocket. This is especially true when the entrepreneur has been on the beach, or an "independent consultant" for a period of time. It’s no sin to need or get a paycheck, but if you are looking to angels to fund your six-figure package, that’s a telltale sign of greed. Down the road, a me-first priority will manifest itself in losing employees, creating lousy margins, and other bad scenarios. The CEO needs to take the lead in all aspects—including demonstrated hunger, commitment, and sacrifice. If you’re focused on the short-term rewards, there won’t be any long-term rewards around for us investors.

4. You don’t follow through. This is another "tell", as poker players say. This won’t be evident at a first meeting, but in the follow-up. Dharmesh and many other angels are correct in saying that diligence can be quick, given that startups will change directions. I too believe due diligence needn’t take more than a week or two, but I still think that in most cases there needs to be several interactions between entrepreneur and potential investors. Why? With the biggest risk for startups being execution risk, we need to assess whether you will do what you say you’ll do. If you call us when you say you will, if you follow-up on our questions quickly and efficiently, those are all positive indicators that you are accountable and will deliver on promises. There’s no shame in putting a reasonable but later date on some deliverable because you’re busy—I hope and want you to be busy, and maybe even you’ll earn bonus points if you turn something around earlier than promised.

5. You’re dogmatic. It’s easy to say no to someone who is a jerk. But assuming that you’re not arrogant, full of yourself, and "getting high on your own supply", you can still turn us off by not considering alternative viewpoints. When you answer questions before we finish asking them, when you don’t take the time to really listen to what people are talking about, when you assume you know every answer cold even before it’s clear where a comment is coming from, that’s another telltale sign of too much hubris and not enough coachability. There are plenty of people who are uncompromising—Steve Jobs is just one example—but Steve Jobs are few and far between, and I’m willing to bet that he listens before he rules.

This is not to say that the investor is going to be right or that you are wrong. I especially like it when an entrepreneur has considered an option I just proposed and educates me why they have decided not to go down that route…as long as they have taken the time to listen. But an absolute black and white dogmatic approach that leaves an impression of "my way or the highway" raises the likelihood of an inflexibility that will most likely doom your company. Pivots happen…and you have to be open-minded along the way as you build your company.

For a good entrepreneur, it shouldn’t be hard to avoid these potholes: you do your homework, you don’t lie, you follow through, you’re not short-sightedly greedy, and you’re open to hear what others think about your strategy and prospects. Miss any of those, and you become a bad bet—low odds that can’t be papered over by any amount of experience, social proof, traction or the other building blocks that attract an angel’s attention. When our due diligence shows that you’re not going to let us down in those five areas—now you’re a whole lot closer to being bankable.

What do you think?  What else should entrepreneurs keep in mind to keep angels from walking from their deal?

Sorry. My heart says yes, but my schedule says no. 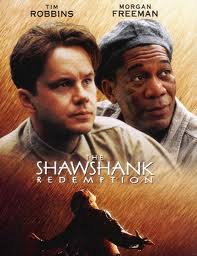 Prison Break: Escaping From Shawshank Inc. For A Startup