8 Tips For Building An Internet Company Outside of San Francisco

The following is a guest post by Healy Jones.  Healy is head of marketing at OfficeDrop, a digital filing system and scanner software provider – and moved to Boston from San Francisco.

The San Francisco Bay area is the clear leader in the internet startup world. Approximately 50% of the early stage fund raising in the United States is in California, with Silicon Valley and San Francisco dominating. Some days it seems like it is impossible to start an internet company anywhere other than the SF Bay Area. 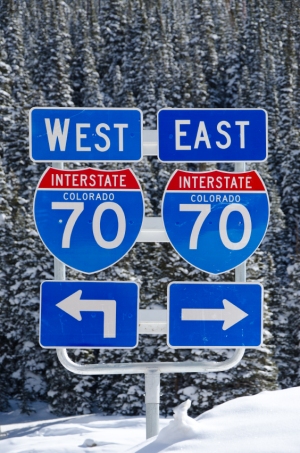 But it can be done. Entrepreneurs everywhere are succeeding in getting their internet businesses going! I’ve polled some of my entrepreneurial and venture capital contacts outside of San Francisco to see what advice they could offer for successfully building an internet venture in their towns. The following is some of the great feedback I received. I’ve organized their responses (and some of my own thoughts) into seven tips on how to grow an internet business when you don’t live in sunny Palo Alto.

1) Cultivate the right mentors. In Silicon Valley, it’s easy to meet experienced startup entrepreneurs. I know for a fact that being around startup founders who have been there, done that can really make the startup process better. Both formal mentorship relationships and unstructured conversations with successful internet executives have helped OfficeDrop overcome significant startup challenges. Outside of the Valley you may not have access to a deep talent pool of potential mentors, so you’ll need to be nimble. Even though I’m in Boston, I’ve had great luck pinging smart internet marketing gurus in San Francisco and getting their thoughts on my marketing initiatives. You should also take advantage of being part of a smaller entrepreneurial community. Gabriel Weinberg, two time internet entrepreneur and angel investor based outside of Philadelphia says, “People really want to help you. Not that they don't in the Valley, but there is an extra component of wanting to put the location on the map.” But be careful – Linea Geiss, an Atlanta based venture capitalist, comments, “Smaller investing ecosystems mean personalities / egos get magnified a little.  A smaller ecosystem presents an opportunity to do well by securing help and backing from well-respected advisors, but also beware of the landmine of pseudo-advisors that are not well thought of in the industry.“

2) Create networking groups. You know that feeling at 1:30 in the morning when it seems like you are the only person still up working your startup dream? Well, that feeling is a little bit easier to take when you have personal relationships with other people in your area who are experiencing the same thing. If internet founders aren’t exactly falling out of trees in your city you may need to be the organizer who gets people together. Sharing in each others’ successes and learning from each others’ failures is part of the fun of being part of a startup. I’ve also learned a ton from other executives in the same lifecycle point at OfficeDrop; people who are going through very similar challenges. I really recommend organizing a group of your peers and getting together as regularly as you can. In other words, you don’t just have to hang out with people who have been there, done that – people who are RIGHT there, DOING that have a lot to share and teach as well.

3) Think outside of your town. For most internet companies, competition is national or global, so you need to be 100% aware of what is happening in your space in SF and around the world. The technology press can be merciless, so if you “launch” something that gets compared to existing solutions/other technology darlings you need to be ready to discuss why/how your solution is better. Financing sources like VCs and some angels are also pretty sophisticated and often know a lot about particular verticals they find interesting. You never want to be in the position where some smart-alecky VC associate knows more about your competition than you do. Finally, and most importantly, your customers may be very savvy on the different technology solutions available to solve their problem, and if you don’t know how to position yourself against competitors then you are in trouble!

4) High hiring standards are critical. As Dharmesh has pointed out, there is a global talent war going on for developers. It’s hard to find experienced hackers everywhere. But compromising when hiring can be a big mistake. Scott Holsopple, CEO of Smart401k, based in Kansas City,  says, “Kansas City does have very talented people, but not surprisingly they aren’t as plentiful as SF so you have to be willing to dig a bit more.  We’ve made very good hires and some mediocre hires and the differences (on the company) were startling.  Lesson - Don’t hire just to fill a need.  Make sure they have the skills you want and the personality you want to reinforce inside the company.” Being able to manage a distributed development team is also a major asset. Vikram Kumar, CTO of OfficeDrop, says “if you know how to manage a distributed technology development team then you can find great developers. However, it is a mistake to assume that you can manage a distributed team in the same way that you manage people sitting in your office. And you need to be willing to invest in communication and project management technologies.” Finally, Scott mentions finding employees who get the startup mentality can be difficult outside of San Francisco, “if start-ups aren’t the norm the culture of start-ups won’t be the norm.  This may actually make it harder to recruit because you may be seen as the “risky” job rather than the “hot” job.” Scott suggests making sure you vet the culture of the people you interview just as much as you vet their technical chops.

5) Know your local ecosystem and play to its strengths. This tip comes from Linnea “Atlanta is strong in supply chain and logistics, fintech and security. It’s a lot easier to get funding, find customers and recruit experienced employees who will get excited about and understand your vision.”

6) You need to be in the flow (and have something to say) to get press. Attend important national conferences for your industry and for the web, and don’t be afraid to approach reporters.  OfficeDrop has had luck aggressively pinging targeted reporters with story ideas, and Jeremy Levine, founder of Boston based sports stock market StarStreet Sports suggests that you can be successful if you “reach out to those who have covered similar companies.” Jeremy also adds that Twitter has also revolutionized how people not in the Silicon Valley echo chamber can get to know what reports are working on. Engaging on Twitter in relevant conversations that reporters are having with intelligent content can help get the door open. I am in total agreement with Jeremy, and have a Tweetdeck list of technology reporters who I follow very closely. Without Twitter I don’t know how I’d have a clue as to which reporters I should be approaching.

7) Capital efficiency matters. General consensus from entrepreneurs I spoke with was that getting financing is much harder than in San Francisco, so focusing on getting the most out of what you have is critical. Scott Holsopple says, “I think resource (whether $, human capital, time, etc) efficiency is key.  This may sound trite, but if you’re in an area that isn’t a hotbed for start-ups or investment your resources are likely to be more constrained.  So you have to do more with less and minimize your missteps (not that you can’t make mistakes, but you have to recognize them and limit the resources used).” Max Niederhofer, founder of people search engine qwerly in London, agrees “Focus on a straightforward model not dependent on VC financing. Get to profitability early.”

8) Tap into the growing global angel capital market but also think local. This can often be the hardest part. How do you get money when you are not in an angel/venture capital hub? Gabriel says that “I think there are lots of angels scattered around who often invest outside their cities, but are willing (and often want) to invest inside. So you just have to find them and meet with them face to face. AngelList is getting good at that, but also look at angel groups, find out who is in them and pick off the people who invest in your kind of deals. They'll often invest individually as well and will serve as an advocate for the group.” Mark MacLeod, a well known Canadian startup CFO and angel investor, says it is critical to network into local financing sources, since local momentum can build credibility with non-local angel investors. However, as many entrepreneurs know firsthand, getting funding outside of the Valley often requires more traction, so doing more with less is likely a necessary challenge.

The internet has given us the tremendous power to engage with tools and people without being constrained by geography. It would be a cruel irony if one region had a complete monopoly on good internet businesses.  Shouldn't the Internet help us build great Internet businesses anywhere?  What do you think?

Stealth Mode, Schmealth Mode: The Real Reasons Why Startups Don't Talk
strategy May 12, 2006
Being stealthy is not usually healthy and not a great way for you to get wealthy. If you hang around startup founders long enough, you’ll ultimately come across someone that…
Read Post
Why The Value Of The Fund-Raising Process Is Not Just The Funds
funding September 29, 2011
The following is a guest post by Rene Reinsberg (@followrene). Rene is a recent MIT Sloan graduate and the CEO and co-founder of Locu, a company that helps close the gap between…
Read Post
Subscribe