7 Reasons Why You Need To Work For A Big Company

The following is a guest post by Mark Stephens.  Mark is the founder and CEO of IDR Solutions.  Check out his blog at http://blog.idrsolutions.com or follow him on twitter at @JavaPDF.

Large companies tend to be regarded as dull and unsexy. All the real action and fun is at small startups (preferably Web 2.0 at the moment). Well, I run my own company now and I would never go back. But I am really glad I worked for a large company. Here are my reasons why: 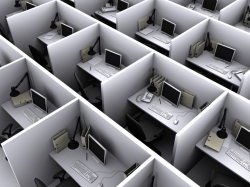 1. You learn an awful lot. You get to see the good, the bad and the ugly. You see lots of very good ideas (like proper source control) and some not so good ideas (like how not to motivate people).

While a big company may not seem very exciting, it must have got some things right to be big in the first place. Learn from this. And even the most mediocre organisation has hidden pockets of excellence where people still care and battle stoically to keep things going. They are some of the most resourceful people you will ever meet, combining great technical skills with the ability to manage on no budget and great political acumen.

2. You get to work with lots of clever people. I am a bit of a snob - I like the intellectual buzz of working with smart people. And you can still find a lot of them squeezed into a several departments in large companies.

Many smart people stay at large businesses because they enjoy what they do, they have families/responsibilities and cannot take the risk of leaving. You will be taken down a peg or two by the wise, old hacker who was doing this stuff while you were still at school, eats fresh-faced 20 something consultants for breakfast  and has some great stories to tell. And you will get a range of ages - let's face it, most startups reckon you are past it if you are over 23.

3. You become part of a large diaspora/community. I used to work at a big company 12 years ago. I still keep in touch with people there, I bump into former colleagues in lots of unexpected places and people remember me. Such networks are invaluable.

Even in the age of social media, it is still often about who knows you, and knows you can do a good job. If your boss did a successful project he will often seek to 'reunite the band' for another gig years later. A big company gives you a chance to impress and end up in the address books of lots of future high fliers. And they will take your call when you have something to sell and arrange an introduction for you on the strength of your past performance.

4. They have lots of perks. I do miss the canteen, the sports gym and the other 'extras'. And that week's 'training' in Amsterdam at the company's expense. That was a lot of fun!

You are not going to be sent on that week-long training course on using Oracle or have your part-time MBA fully-funded while at that boot-strapping startup. They might buy you a book from O'Reilly if you are really lucky.  So grab this opportunity to learn some skills, get some qualifications and have a good time at someone else's expense.  Do you really want to work 100 hours a week all your life in pursuit of some dream?

5. You learn the art of politics. For many people a large company is where you realise that it is not just about technology. A large company provides lots of opportunities to acquire diplomacy and political skills.

Once you leave a large company you will be able to use these skills because you will want some large companies as customers - they have money to spend (and because it is not theirs they tend to haggle less), they can give you contacts with other potential clients, they buy things and they like to renew their yearly support contracts. So you need to understand how they function.

6. You have time to reflect. At a small company or startup, it can often feel that you squeeze a lifetime into every single day. Large companies do not move at such a reckless pace so you have time to learn and reflect.

Large companies tend to move in a slow, consensual way without taking risks. Sometimes this is actually a good thing. I could mention one large media company which avoided wasting millions on a silly strategy in the dotcom boom - it took so long trying to decide what to do that the dotcom bust arrived first...

You might also appreciate the relative security, the calm and the chance to get your life in order. Once you join a startup, it is generally going to be permanent 'seats of you pants' mode.

7. You get a baseline. Then you go and try to do it better.

Make a list and see how many 'cherished ambitions' you can stick to or whether you finally succumb and realise that you also need to have 'middle' management to make things work.

That is why I am very glad I worked at a large company. What about you?

Startup Conversations With Myself: What Should I Work On?
strategy March 23, 2009
Entrepreneurs (particularly bootstrapped ones) have a tough life.  In the early days, things can get lonely.  So many decisions, so many challenges, so much to do — and very little by…
Read Post
The Big List: The Best and Worst Startup Stuff In 2011
guest January 2, 2012
The following is a guest post by Ty Danco.  Ty is an angel investor and startup mentor. Read more of his thoughts at tydanco.com.  Or, check out his recent article "What To Do If You…
Read Post
Subscribe