Of the several conferences I attend or speak each at each year, my favorite is the Business of Software conference organized be Neil Davidson (of Red Gate) and Joel Spolsky (of Fog Creek).  There are several reasons for this.  The speakers are great and have enough stage time to really get into the topic they’re passionate about.  There’s no no “sponsor fluff”.  You can’t pay your way into a speaking spot.  There are no booths.  No panels.  It’s single track so you don’t have to make hard decisions around which sessions to attend.   But, most importantly, the attendees are awesome.  Even when the conference was in Boston (where I live), I rented a hotel room where the conference is held just so I could spend more time with the people there.  I plan to do that again this year.

The 2010 conference is in Boston Oct 4th – October 6th.  It’s a beautiful time of year to be in Boston and the speaker lineup is once again, awesome.  Folks like Seth Godin, Eric Ries (Lean Startup Guy), Scott Farquhar (of Atlassian) and of course, Joel Spolsky himself.  Check out the schedule, and if you can go, you should go.  Just ask someone that’s attended in prior years.

The 2009 conference was held in San Francisco and the title of my talk was “Ideas For Building Better Software Businesses”.  There are essentially two parts to the talk — the first half is about inbound marketing (how to pull customers in using Google, social media and blogs).  The second half (which starts at about 37 minutes) is about customers and sales. If you enjoyed my talk in 2008 titled “Everything I Know About Startups”, you’ll likely enjoy this one too.

Some notes from the video, for your convenience:

1. My objective for this particular presentation was to improve the odds of your survival and your success if you're growing a software company.

2. Types of risk:  Development risk (given an idea, can you actually build the product?), Market risk (if you do indeed build it, will anybody pay for it?), financial risk (will you have the necessary capital to build a business?) and execution risk (assuming you’ve mitigated the other risks, will you manage not to screw it up?).

4. Charge early.  Like pre-alpha early.  Like it sucks so much I’m surprised people don’t go running out of the room, early.

5. Sell early not because the revenues are going to amount to anything (they’re not), but because the data from paying customers is exceptionally valuable.

6. Sell often, because you want reliable, negative feedback too.  Selling early tells you whether people will buy — selling often (i.e. charging smaller amounts in regular intervals) tells you whether they’ll stay.  Let customers vote with their dollars (by giving them the option to cancel their subscription).

7. Don’t hire sales people too early.  In the early days at a startup, regardless of what your title is, you should be bringing customers on board.

8. Consider creating a sales waterfall chart that shows you daily, how the business is tracking against your sales goals.  This proves invaluable as you scale and surfaces problems in the business early.

9. Keep pricing simple in the early days.  You’ll have plenty of time to make it more complicated later.

11. You should Implement something like the HubSpot Customer Happiness Index (CHI).  It’s a quantitaive method for measuring how happy your customers likely are using available data (like their product usage pattern).

13. The CHI can be used for many things, the most important of which is predicting which customers are likely to cancel (because they have a low CHI score and are likely unhappy).  Other uses include compensation for sales people, calculating the quality of leads that marketing is generating, and making product roadmap decisions.

If you attended this talk or took the time to watch the video, would love to hear your feedback I can make my talk this year more valuable.  Hope to see you at Business of Software 2010! 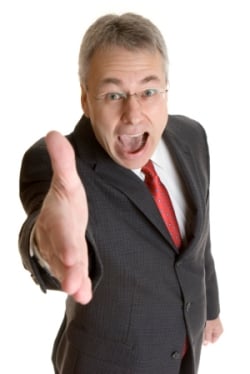 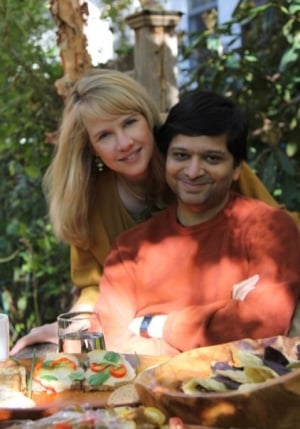 Announcing My New Startup Project: The Most Ambitious Yet