Earlier this year, I had a chance to attend SxSW.  One of the highlights of my trip was a startup dinner which included Jason Fried and David Heinemeier Hansson, the founders of 37signals.  At the time, they had just come out with their new book "Rework".  I had downloaded a copy to my Kindle, but hadn't had a chance to read it yet.  Now I have.  Twice.  It's a great book.  Lots of practical advice for entrepreneurs.  I highly recommend it.  My second time through, I decided to pull out some of my favorite parts.

You're encouraged to share your favorite insight by using the convenient "tweet" links next to each one.

1) Great businesses have a point of view, not just a product or service. [tweet]

2) Writing a plan makes you feel in control of things you don’t actually control. [tweet]

3) You have the most information when you’re doing something, not before you've done it. [tweet]

4) Stuff that was impossible just a few years ago is simple today. [tweet]

6) Don’t make assumptions about how big you should be ahead of time. [tweet]

7) Don’t sit around and wait for someone else to make the change you want to see. [tweet]

8) When you build what you need, you can assess quality directly instead of by proxy. [tweet]

9) Solving your own problem lets you fall in love with what you’re making. [tweet]

10) What you do matters, not what you think or say or plan. [tweet]

11) When you want something bad enough, you make the time. [tweet]

12) The perfect time to start something never arrives. [tweet]

14) You need a committment strategy, not an exit strategy. [tweet]

15) Huge organizations talk instead of act, and meet instead of do. [tweet]

16) Build half a product, not a half-assed product. [tweet]

17) Getting to greatness starts by cutting out stuff that’s merely good. [tweet]

18) The real world isn’t a place, it's an excuse.  It's a justification for not trying. [tweet]

19) The big picture is all you should be worrying about in the beginning. Ignore the details. [tweet]

20) Decide. You’re as likely to make a great call today as you are tomorrow. [tweet]

21) The longer it takes to develop, the less likely it is to launch. [tweet]

22) It’s the stuff you leave out that matters. [tweet]

23) Focus on substance, not fashion.  Focus on what won't change. [tweet]

28) Better your customers grow out of your product, than never grow into them. [tweet]

29) You can’t paint over a bad experience with good marketing. [tweet]

33) Leave the poetry in what you make, there is beauty in imperfection. [tweet]

34) Marketing is not a department, it's the sum total of everything you do. [tweet]

37) A business without a path to profit is a hobby. [tweet]

What are your favorite insights from Rework? 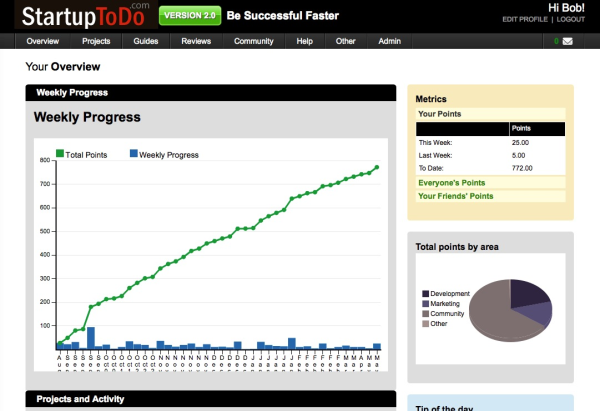 Get Help Starting Up: Win A Free Scholarship To StartupToDo