The following is a guest post by Jason Cohen. 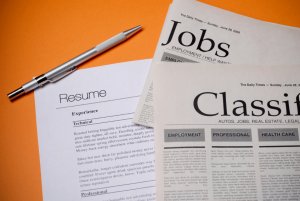 But still, you're a great developer and you've worked with enough other developers that you can tell pretty quickly whether someone else is also a great developer. Do they say the right things? Do they make reasonable mistakes? Do they solve easy problems quickly? Do they give up? You can figure that out.

Not so with marketing folks. What do you ask someone in an interview to determine whether they have the ability to spread the word about your still-v0.9-quality product? How do you determine whether they can not just pull in potential customers but make them truly successful and thrilled with v0.9 while digging up the new features that will actually result in more sales?

For an engineer like me, interviewing marketing people is like interviewing a lawyer: You know there are vast differences in skill level but you don't know how to probe them to determine their skill.

But there's hope. Although you can't ask them to "solve" marketing problems as you would programming questions, there's certainly something you can detect: Do they have the attitude and skillset needed to succeed in a startup environment?

So here's a list of important qualities. Some of these you can ask about directly, others you'll have to intuit from your conversation.

P.S. This article was inspired by this question and these answers from Answers.OnStartups.com -- the Q&A forum associated with this blog. Come check it out! We solve problems like these every day.

What do you think? Are these effective in finding good marketing people? What other attributes or questions can you ask? Please leave a comment and join the conversation.

Oh, and if you're interested in more on this topic, there's a chapter in the wildly popular book "Inbound Marketing" from Dharmesh (host of this blog).  Might be worth checking out.

Tech Geek + Biz Geek = Match Made In Startup Heaven
June 19, 2006
In my prior article, I wrote about the concept of the business geek.  This article was pretty well received and I got a lot of responses from Business Geeks but hadn’t really thought…
Read Post
Get Help Starting Up: Win A Free Scholarship To StartupToDo
strategy May 19, 2010
I've run three startups, and every time it felt more like stumbling around in the dark than confidently striding along a path.  Most everyone I meet feels the same way. It's worse the…
Read Post
Subscribe