The Sidekick growth team is a small, data driven and aggressive group within HubSpot that works on new, emerging products with massive audiences and a freemium business model (similar to Dropbox and Evernote).  We are constantly pushing ourselves to learn new growth strategies, tactics, and techniques. I have personally become more data driven and model driven after joining the team, and wanted to walk through an example of one decision that became much easier with the use of our generic problem solving framework.

I am a big believer in the idea that complicated problems look simple when you are able to break them down.  Don’t take my word for it - this is what was attributed to Einstein:

The Sidekick growth team follows a very straightforward process that strives to take complicated choices, and analyze them to produce areas of opportunity:

These steps are generic enough that they can be applied to many kinds of problems.  Whether you’re on a sales, marketing, product, support, services, or any other type of team this framework is incredibly valuable.

Choosing the right metric / goal is very challenging and critical to our success.  If our team optimizes for the wrong metric, it doesn’t matter how well we execute because our efforts won’t translate into success.

We ultimately chose to define our goal as increasing the number of people active on a weekly basis.  Rather than pick any metric, a person has to take one of six key actions to demonstrate that they are getting value from our product.  Brian Balfour talks about the cycle of meaningless growth here, but the key takeaways for our product are that more people using Sidekick helps us to grow faster.

Some of the attributes we used when picking our goal:

Our Excel model breaks down our goal (WAUs) into the individual components that drive it on a weekly basis.  It’s a simple equation:

We broke down each of these two buckets into their individual components.

This is a screenshot of our model:

The numbers in this screenshot have been changed so they are not reflective of our true numbers.

The model above is extremely valuable because it allows us to use our week-over-week growth to forecast the long term impact of any change. It’s incredibly hard to understand how multiple factors could interact over a long period of time. It might be possible for someone to reasonably predict the implications of any change, but without the model it is easy to be short sighted.

With our model built, it was easy for us to test the sensitivity of the inputs.  For example, if we were to increase the number of users we acquire from our paid acquisition budget, how would that impact our WAUs in a year? Instead, if we focused on retention and user acquisition rates stayed the same, would we have more users a year later?  What about if we improved the conversion rate for a different area of the funnel?

Rather than sporadically tackling new campaigns or projects, the goal is to understand what is the most impactful focus area for the business.

In looking at the Sidekick funnel, we found that two of our biggest drivers were retention and viral growth.  We modeled how changes to each of them would impact our goal, and decided to focus on retention first before looking at increasing the number of new people through viral channels.  At the end of the day, some of the factors that we always consider:

Factoring in answers to those questions, and including the estimates in our model, we decided to focus on improving our retention in Q4 2014.  There was a lot of analysis that went into picking retention; it was the result of repeating Steps 1 through 3 multiple times.  By going through the process of evaluating different levers in the model, it becomes much easier to weigh different options against one another and impartially judge alternatives.

For the Sidekick team, it wasn’t as simple as saying that we wanted to improve retention.  Just like WAU’s, retention in itself has many inputs that we had to evaluate.

At this point of the process, we know what’s most important to our goal and the implications of an improvement.  The next step is to start identifying how we can make an improvement.   Depending on the lever, there’s a mix of elements that are helpful in breaking down the opportunity.  We used quantitative analysis to identify a problem segment, qualitative analysis to flush out its symptoms, and used our understanding of our product to come up with ideas to address the issue.

To identify a problem area, we did a quantitative analysis of the people that only used Sidekick for a single week.  We looked to segment these users to look for patterns, such as:

In asking these questions, we found that Gmail users were more likely to stop using the product when compared with other email clients. This was a complete shock to us.  We had figured that Gmail would retain fairly well, and that an issue would be likely to exist in one of our other email clients.  We found that a large number of these people were only active the day that they signed up.  To understand their usage on their first day, we created a histogram that showed how many tracked emails this population of users sent their first day.

For the Sidekick team, it wasn’t surprising that people who only tracked a single email their first day didn’t come back.  The surprising element was that such a large % of these people were only tracking one email.  We wondered why someone would go through the Sidekick onboarding process only to never use it again.  Wouldn’t you at least test it out with a couple of friends or coworkers?

To understand why these people stopped using Sidekick, we sent out a simple email to a thousand users.  I emailed them individually by BCCing them from my HubSpot account, asking for feedback on a specific question designed to bring insight to the pattern we discovered.   We bucketed the replies to our email, and found that there were big opportunities to improve our week 1 retention.

The numbers in this chart have been modified from their real values for this post.

I was personally ecstatic when I saw these distributions.  It wasn’t that a competitor was better, or that there was a mismatch between the features people were looking for and what our product offered.  The issue was a psychological one:

We weren’t doing a very good job explaining what our product did, and how people could get value from using it.

Rather than having to build a lof of new features, we needed to experiment with explaining the value of the product.  It’s much easier to test out different ways of describing the product than addressing weird edge cases or building entirely new features.

With our quantitative analysis done and having received qualitative feedback from the segment of users we were most interested in, we spent time brainstorming ideas to address the opportunity.  We looked at how competitors accomplish the same task, how companies in other industries educate their new users, and researched why our most passionate users like Sidekick.  I’ve included a list of sample experiments we’ve tested:

Looking at the opportunity we have focused on for Q4 2014, it seems kind of simple and obvious.  By setting an appropriate goal, understanding the inputs to that goal and finding the biggest contributor, it led us down a path to clearly define our next steps.  While finding a solution isn’t guaranteed, the team is confident that if successful it’ll have a big impact on our trajectory for 2015.

This framework isn’t perfect and isn’t for everyone, for instance, if you are creating a new product or process and have a small sample size.  However, for the Sidekick team, this process has been an enormous help in prioritizing where to focus energy and resources and get the team aligned behind a common goal.

This framework is incredibly valuable to the Sidekick team for multiple reasons:

Great!  How do I apply this?

Your time is extremely valuable. Whenever you can, make data informed choices.  You don’t have to be a slave to your model, but you should be making conscious decisions about what you’re focusing on and why it’s most important. Hold your colleagues accountable - ask them why an initiative is important, and what the impact will be.

The mantra of our team is that we want to be the best at getting better.  If you’re interested in learning about growth and seeing your contributions all the way to a business’ bottom line, our team is hiring.  You can see a list of the open positions here.

Thanks to these wonderful readers for their feedback: Brian Balfour, Anum Hussain, Maggie Georgieva, Jeremy Crane, and Andy Cook. 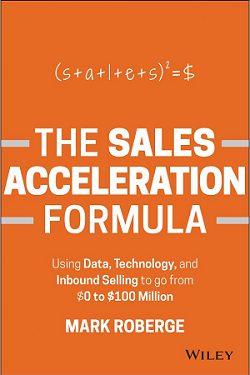 We Like Humans, But We LOVE Code (Machine Learning Case Study)