Hiring Employee #1 At A Startup: Expectation vs. Reality

This is a guest post by Jenn Steele.  Jen is the Head of Growth at RecruitLoop, an online recruitment marketplace based in San Francisco and Australia. Previously of Amazon and HubSpot, Jenn is passionate about growing humans and companies, working out, and wine. Follow her @jennsteele.

I fired the first person I ever hired. 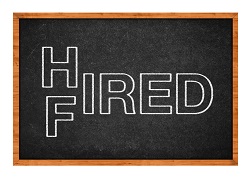 Reality, however, was different.

The reality was that I hired someone who didn’t have the aptitude, the technical skills, or the attitude that I needed. He wasn’t a culture fit, either. He didn’t fit in our fast-paced environment at all, and started growling at people in the morning rather than saying “hello”. All told, it felt like a total disaster.

My second hire was a very different story. We worked together for more than five years, remain good friends and wildly respect each other’s abilities.

Fast-forward a few years, after stints at HubSpot and Amazon, I became RecruitLoop’s first hire. The company spent two years in Australia as just four co-founders and the occasional contractor, and then expanded to the US with me (and, now, a bunch of others). In the process, we all learned a lot about hiring that first employee - especially that expectations and reality were occasionally far apart.

Here are the six things that surprised all of us.

1. Co-founders rarely agree on who and what they need.

If you’re a fan of unanimous decisions, stick to a single founder. Inevitably, two or more people will have a difference of opinion. Even if you all agree that you need a developer, you’ll probably disagree on whether they should be remote or local and the number of years of experience they should have. Prepare to disagree and make the time to hammer out your differences.

Perfect only applies to Disney characters and your imagination. Remember hammering out the differences in your employee requirements? Now you have to be prepared to compromise some more since the perfect person just doesn’t exist. Break down your collective wishes, hopes, and dreams into deal-breakers versus nice-to-haves. Then rank the deal-breakers. That’s the best way to figure out where you’re willing to compromise (and where you’re not).

And be prepared to shift your priorities as you interview candidates. You might fall in love with someone who violates a deal-breaker. It’s either time to flush that candidate or reconsider that deal-breaker (some deals are meant to be broken).

When I was looking to leave Amazon and get back into startups, RecruitLoop and I fell in love (erm, professionally, that is). And then we discovered something a bit awkward: my salary (which was low for Amazon and less than I’d made elsewhere) was not even in the ballpark for them. And what I was initially willing to drop to - especially given my move from Seattle to the Bay Area - was still out of the realm of possibility.

You know why I work at RecruitLoop now? We all stretched in ways we didn’t want to. Our CEO negotiated with all the co-founders, and I had to do some pretty heavy negotiating at home (including agreeing not to buy shoes for a year) before we came up with a deal we could all live with. Going through all of the negotiations gently enough to ensure we all still wanted to work with one another in the future was a difficult art to master.

Get ready to stretch for anyone with a bit of experience - and hope they stretch back. You might have to walk away if you just can’t afford them.

At a shiny new startup, the last people you want to hire are really good middle managers. Folks who are rockstar individual contributors? Absolutely. High level strategists who are startup junkies and can GSD? With the right vetting, sure. But really good middle managers fail at the two things you need the most: rapidly getting stuff done and pushing the company forward.

Yes, planning for the future is mandatory, but you can always hire managers later - when you need them. If you don’t focus on getting the people who can get your company off the ground through the door first, there won’t be a future to plan for.

You’ve been in startup world. You might have been closeted in a small room with your co-founders for months (or years) trying to get to the point where you could hire your first employee. What you don’t realize is just how well you know each other as a result of this high-stress, startup-speed scenario.

What you forget at first is that your first hire wasn’t in that small room with you. She doesn’t know not to talk to your CEO before his first cup of coffee or that your CTO doesn’t drink. Your first hire has no clue how to get product specs to the CTO because you’ve always done it via email. Your first hire is completely clueless about your personal lives, so that first team dinner is pretty bewildering.

You’ll never be able to open up someone’s skull, pour in the institutional knowledge, and then seal it back up (although that would be easier). There will always be a ramp-up period. You can cut the ramp-up period in half if you have some initial onboarding conversations that go through everyone’s working style and the history of your sacred cows.

You just have to be patient and actually explain yourself when you have a “cryptic” conversation. You’ll know you need to explain by the befuddled look on the new person’s face.

You might not hire the right person. You might have to fire your first hire in the first month or two. Your first hire might be great until you hit 30 people. Or 100. Or 1000. But then they’ll just have to go back to being a startup junkie (or start sucking enough that you have to fire them). Or maybe someone’s spouse will get a job across the country. Whatever happens, this first hire probably won’t stay forever.

But that’s okay. Your first hire won’t stay forever. You might not stay forever. But with the right person, you can still work together now to build an awesome company.

Now that we’re hiring into the double digits (no small feat for a startup) our expectations are actually starting to align with reality. We’ve documented some processes and institutional knowledge, and I (employee #1) feel fully integrated into the core team. We had to get our heads out of the Disney clouds and ground our hiring practices here on earth. That first new hire changes everything!

Startup Marketing ABCs
marketing June 9, 2010
The following is a guest post from Mike Volpe, the VP of Marketing at HubSpot, who has helped grow our marketing software company from a handful of customers to nearly 3,000 customers…
Read Post
Expectations vs. Reality: 8 Lessons From The First Year As CEO
guest March 4, 2014
I started working on Foundersuite in the Fall of 2012, and we launched our MVP in early 2013. Prior to this, I'd spent 10 years consulting to startups as a fractional CFO / BD / Ops…
Read Post
Subscribe