3 Biggest Mistakes When Choosing a Cofounder

After spending a significant portion of the last couple of years talking and collaborating with countless entrepreneurs (through FounderDating) a few clear themes have emerged around partnering with cofounders. We’ve noticed some valuable best practices…as well as some very common mistakes. In the hopes that we can save more entrepreneurs some time and heartache, here are three of the biggest mistakes: 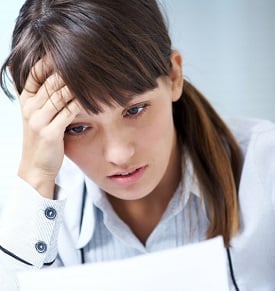 I actually don’t like to spend a lot of time convincing people they need a cofounder. There are enough people out there that either came to that conclusion right away, or felt the pain of not having one and realized it pretty quickly. Sooner or later, people will usually figure it out. For their sake, I hope that it’s sooner rather than later. But let me briefly to explain why the right cofounder is important (emphasis on “right”).

That’s always true, but in the case of starting a company or even a side project, you should assume that the body of knowledge you’re missing is vast. There is no way to make up for it all, but if your cofounder has complimentary skill sets, it will help shrink the missing body of knowledge. Chances are that it’s not only your role or the areas you know well that are tough to do and tougher to learn. It’s not a coincidence that, according to the Startup Genome Project, balanced teams with one technical founder and one business founder raise 30% more money, have 2.9x more user growth and are 19% less likely to scale prematurely than technical or business-heavy founding teams.

Beyond skill sets, starting a business is a test of your emotional will. Do you have any friends that are single parents? It’s not merely twice as hard, it’s exponentially harder than raising a child with a partner. Your cofounder is your partner – through every decision, every idea, each and every up and down of the emotional roller coaster. Only a cofounder will feel the high and lows like you do. Advisors and friends are great, but they aren’t nearly as emotionally invested as you are.

How do you approach someone about potentially being a cofounder? So many people start by thinking about an idea. I get that. It incites passion, you get excited, feel like there is something tangible to work on. But then you start thinking about a cofounder and pitching or hard selling someone on a specific idea. That [almost] never works. Chances are so good that your idea will change - either somewhat or completely - that Vegas wouldn’t even lay odds on it. So, let’s say you hard sell someone on the idea, they fall in love with it … and then the idea changes. Then what are you left with? Fall in love with the person, not the idea.

Even worse is pitching someone as though you’re offering a job that centers around your idea. The people you want to be your cofounder don’t just want to work on an idea, they want to be a part of something bigger. FounderDating ManagingDirector for Vegas and CTO/Cofounder of Wedgies, Jimmy Jacobson, sums it up perfectly:

“When I get someone pitching me an idea, I hear ‘I need someone to build my idea. I can't pay you in cash, so have some equity.’ That's not attractive to me. I have a LinkedIn account full of spam from recruiters, developer groups I belong to get spammed by people like this as well. This is why FounderDating exists. I don't want to work on a wine app. I want to work with awesome people, and if the idea we pick is a wine app, so be it.”

An idea is just that, AN idea. When the dust settles, it’s not likely to be THE idea, so don’t lead with it.

Which brings me to the final and probably most common mistake: When should you start thinking about a potential cofounder? The quick answer is ‘always.’ Huh? Yep, unless you’re in the throes of starting a new company full-time, you should always have a side project, something you’re curious about. It doesn’t have to be the next big thing. But it is the best way to start working with people you think could be cofounder material and figure out if a partnership might be feasible.

All too often I hear people say, “I’m not ready for a cofounder. I want to have the idea first.” At least 6-12 months before you quit your current full-time gig and “take the leap”, you should start talking to potential cofounders and working on side projects together. This gives you time to work with multiple people, and to walk away from relationships that aren’t clicking. It also affords the opportunity to learn so much about yourself - styles you like and don’t like, attributes you value and those you can do without.

When you wait until you’ve settled on an idea and even have a little bit of money committed (often conditional upon having a cofounder) you feel, well, more desperate. You’re much more likely to leap into the arms of the first person that agrees to work with you. Waiting until the end leads to bad decisions and relationships that really don’t work because, like it or not, you feel desperate. Searching for the right cofounder is a process and it’s vitally important, so start early.

As an entrepreneur I’ve learned a lot from my own mistakes, but in this case you can learn a lot from the mistakes we’ve seen others make. Find the right cofounder is game changing – make sure you approach it like you would a partner and make it an early priority.

This was a guest post by Jessica Alter.  Jessica is the Cofounder & CEO of FounderDating, the premier online network for entrepreneurs to connect, share and help one and other. Previously, Jessica led Business Development and was GM of Platforms at Bebo (Acquired by AOL). She is also a mentor at 500 Startups and Extreme Startups.

New Google Chrome OS Runs On Your Car Bumper [cartoon]
humor July 10, 2009
Did you like the cartoon?  Tweet it to your friends.
Read Post
Prehistoric Steve Jobs Introduces The New Apple iRock Tablet [cartoon]
cartoon January 27, 2010
Though it's easy to get caught up in Apple's new tablet announcement, let's not forget the original idea that sparked the whole thing.  It's the iRock -- it transformed how people…
Read Post
Subscribe