In a few weeks, I'm going to write a $25,000 check to invest in a company that currently does not exist.  There is no company.  There's no team.  And I have no idea what the company will do or hopes to do.  I'm investing almost completely blind.  More on this craziness a little later in this article.

To understand why I would do something so crazy, let me first catch you up a bit on my angel investment history and “strategy” (and I use the word strategy very loosely).  It's not your typical story. 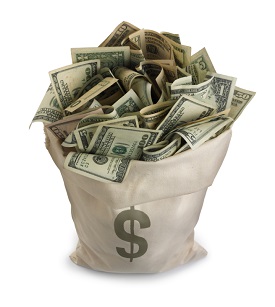 I first started angel investing while I was a graduate student at MIT.  I had recently sold my last company, made some money and went back to graduate school to figure out what I wanted to do next.  I had promised my wife it wouldn't be another startup (startups are hard) so my plan was to do angel investing.  It was a way for me to scratch my entrepreneurial itch by vicariously living through other entrepreneurs.  Lots of fun, and almost no pain.  Seemed like a great idea.  And it was.

The first entrepreneur I invested in (not counting myself) was Brian Shin — his company was Visible Measures.  He was a classmate of mine in “New Enterprises” at MIT.  Brian was literally one of the smartest people I met during my time at MIT.  And, he could hustle like nobody's business. So, I invested $50,000 despite not really knowing Brian and not really liking the original idea (they have since pivoted).  And, not really knowing what the heck I was doing   It turns out, to be an angel investor there is only one requirement:  You have to have to be accredited (i.e. have the money to be able to afford the risk).  You don't have to go to angel investment school, take any tests or otherwise prove your mette.  You just need cash and be willing to write checks.

I continued making investments all through graduate school and then post-graduation, as I was building my own startup, HubSpot.  I've now made 35+ investments.  You can see most of my AngelList profile. What makes my approach unconventional is that I have a few “rules”:

All of the rules are based on one simple constraint:  I have no time.  I have no time to spend on/with startups because I'm maniacally committed and focused on my own company (HubSpot), which is doing very well.  That's where all available time goes.  If I didn't have these rules in place, I wouldn't be able to angel invest at all.

So here are my rules:

1. No due diligence.  Seriously, almost none.  In over half the deals I've done, I've never met the entrepreneurs or talked to them on the phone.  Generally just exchanged an email or two.  My rationale here is two-fold:  I'm optimizing for my time (my biggest constraint) not magnitude of outcome.  Also, I think at the very early stages, most diligence that typical investors spend time on is “undue”.  There's just not that much that's knowable.  Either you like the people, or you don't.  You like the idea, or you don't (which is irrelevant, because the idea's likely going to change anyways).

2. No follow-on investments.  This one's controversial.  Many would argue that it's economically stupid for me not to “double down” on the deals that I have a right to maintain my pro-rata investment.  They might be right (but I don't think they are).  The reason I don't do follow-ons is that it requires spending time (which I don't have) and for the deals that I don't invest in, I might create a signaling problem for the entrepreneur.  By unilaterally not doing any follow-on investments, all signaling issues go away.  This has worked brilliantly for me so far.  I take the money that I would have invested in deals I'm already in, and just channel it to new startups.  In the grand scheme of things, I think this works out well for everyone.

3. No advisory board positions or official involvement.    Once again, this goes back to the lack of time.  I don't have time to commit, so I don't commit it.  Occasionally, I'll make an email introduction, or see entrepreneurs in my portfolio for a nice dinner — but other than that, they almost never see me or hear from me.

Overall, my unconventional approach seems to be working OK.  I'd put my angel investment portfolio up against any early-stage investor (angel or VC).  After all is done, I'm going to make a fair amount of money.  If you don't think so, just check out my portfolio.

And, to those that might criticize my unconventional approach and classify me as "part of the problem" (the problem being, the "Series A Crunch"), I have a simple response/position:  There's no such thing as too many companies starting up.  But, there is such a thing as not enough companies shutting down...but that's a different problem.

Important Note:  If you are seeking angel investment, just about all of my investments these days are through AngelList (Disclosure: I'm not just a member of AngelList, I'm also an investor).  And, I focus exclusively on Internet/software companies. 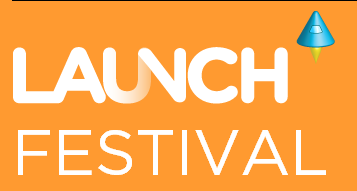 So, back to my crazy $25,000 investment.  A few weeks ago, I heard about the upcoming LAUNCH Festival hosted by Jason Calacanis.  Jason sent an email out announcing that as part of LAUNCH, he was putting together the best hackathon in history.  Jason was going to angel invest $25,000 into the winning team.  When I saw that email, I thouht “that's a pretty good idea, and I've done stupider things”.  So, I volunteered to match Jason's $25k with $25k of my own. Secretly, I'm a major, major believer in hackepreneurs.  If I can buy into someone that manages to get in to the LAUNCH hackathon and then wins -- I think it's a pretty good bet.

Hope you get a chance to attend LAUNCH.  It promises to be an amazing event.  And, if you're the hackepreneur type, hope you'll participate in the hackathon and take my money. 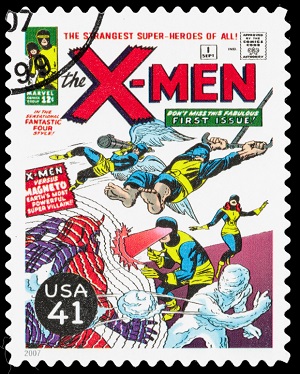 The 4 Personality Types Every Startup Needs 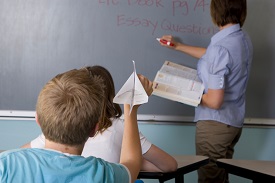