The following is a guest post by Ken Smith.  Ken is a startup marketing & strategy professional with leadership, consulting, and advisory experience in thirteen high-tech ventures with 10 successful results/exits.  You can find him on LinkedIn at  http://www.linkedin.com/in/kennethhsmith or follow him on twitter: @CareerEntrepnr

The explosion of co-working space has created an parallel explosion of would-be entrepreneurs. This is good for both the nation and innovation economy. But as any seasoned entrepreneur or investor will tell you, if you have a good idea for a business, it’s very likely that 100 other people have the same or very similar idea. And if you have a great idea perhaps 1,000 people are working on the same idea too. Lower cost office space (coworking, innovation center, etc.), cloud hosted everything, WYSIWYG tools and rapid prototyping applications, easy access to global networks of potential users and customers – well, let’s just say it’s a lot easier and cheaper to get a product concept to market today than it has ever been. 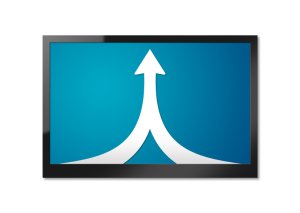 Those same seasoned entrepreneurs and investors will also agree that the key to entrepreneurship is not having the best idea, it’s execution. I have been involved in more than a dozen startups and reviewed plans or advised dozens more. Often times when I see two teams going after a very similar market opportunity I look at the founders and can easily envision a great combined team. One start up has been founded by a marketing professional with ten years experience in a major consumer technology company, another by a tech whiz with a newly minted Masters from MIT, and a third by a born saleswoman who already built a small network of beta testers for her nascent product. But each continue to struggle to reach the critical mass or momentum required to break away from the pack because they are often working alone. Once the CEO hat goes on, it’s hard to take it off, especially willingly. Yet many an entrepreneur would do their fledgling company and their wallet good if they pooled resources with another entrepreneur – money, talent, and especially time – rather than seeing another startup operating in the same space as competitive.

Pooling technical resources can deliver a product with a more complete feature-set because of the different perspectives brought to the design and development process by team members with a slightly different but equally valid view point. Pooling capital can mean delivering a more complete product, or if minimal viable product (MVP) is attainable without additional capital then money can be focused on capturing beta testers and/or early users. Pooling talent increases your chances of attracting outside investors and shows with action that all team members are professionals dedicated to making the company successful rather than being CEO of their own startup. And pooling time means that by dividing up critical tasks and responsibilities more gets done faster and with less effort because team members can focus what time they have on doing what they do best.

If all of the potential merger partners are very early stage, especially if no company has any market traction or revenue, the best approach to a merger is a simple equitable split – 50/50, 25x4, etc. If one person gets greedy, arguing their contribution holds greater value than the rest, then you don’t want them for a partner now or at any stage - championships are rarely won by a single player. If one company has revenue and the other potential partners do not, then some small concession should be made for the entity bringing in the most important resource to continued success.

At the end of the day, the best early mergers are teams of professionals who have all seen the same market opportunity and have dedicated this segment of their careers to it. As you sit at your desk in a co-working space or innovation center and engage with other clever people at the coffee shop, consider the notion of joining forces, talk about it openly – you may find a willing partner, a kindred spirit, and greater success than working alone.

Building Startup Sales Teams: Tips For Founders
sales May 18, 2021
First off, just to be clear, I’ve never been a sales person.  I’ve never even played a sales person on TV.  All the points below have been pulled from startup sales teams that I think…
Read Post
17 Mutable Suggestions For Naming A Startup
marketing October 15, 2010
Naming a startup is hard.  Very hard.  On the one hand, the pragmatic entrepreneur thinks: “I shouldn’t be wasting time on this — for every successful company with a great name,…
Read Post
Subscribe