13 Ways To Think About And Crush Your Competition

A few weeks ago, there was an article that came out called "Google Currents, Onswipe's Nightmare?". I'm also preparing for our first board meeting with newly elected independents and one of the points we are talking about happens to be competition. As you start to grow competition becomes a healthy thing to think about. Here's how I think about competition as a cofounder and CEO of a growing venture backed startup: 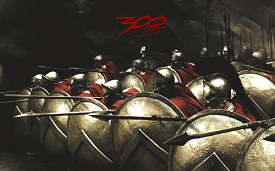 Almost every growing startup comes to a point where they have to worry about "what if Google does it." If it is a market worth getting into, then Google or someone else as large as them will almost certainly get into the market. What you aren't remembering is the fact that it is probably going to be a smaller effort with little or no budget inside of the larger company. The main focus of any large company is their main profit driver, which is almost certainly not your startup's experimental business model. Microsoft, Google, and every other large company lacks the main asset of a startup: speed. By the time that a larger company really puts momentum and force behind competing against you, then the game is most likely over for them. Google took over seven years to truly compete against Facebook, which had 800 million users at that point. Everyone heralded Facebook Places as the end of Foursquare forever and that they should pack up shop. A year later, Facebook Places has faded into obscurity while Foursquare's traffic has soared. When a large incumbent comes into your space, largely ignore them and use the press for validation.

Find A Giant As An Ally

The enemy of my enemy is thy friend. If a giant such as Google comes into your market to compete against you, odds are one of the other giants are taking notice as well such as Amazon, Yahoo, Microsoft, Facebook, etc. . They might be planning to come into the market as well or already exist in the market with a flawed product. You should see this as the opportunity to partner with one of the other larger companies out there. You get massive distribution and they get the benefits of being in the space without a loss of speed or manpower. This route can also be one that leads to an acquisition at the end of the road.

Copycats don't have the roadmap

Before someone like Google comes along to compete with you, a slew of copycats will spring up. We recently had this happen with Onswipe as an unoriginal 100% ripoff popped up using our name to gain press with a shoddy product. Along the way, a copycat will constantly try to play fast follower by copying your latest and greatest feature. The problem is the fact that, copycats are always one step behind and often stay that way. They never started out creating the company as a problem they wanted to solve, but as a way to capitalize on the great opportunity that you shed light upon. The copycats will create confusion in the marketplace, which should be your greatest worry. Potential customers may ask how you are different than them. The way to combat this is to sell more than just the current snapshot in time, but the longer term vision. Since the copycat does not have your startup's longer term vision, you can out sell them.

If you are similar on the surface to another company, the press and potential partners may be fast to label you competitors. Many people think of Flipboard as a direct competitor to Onswipe. This happens because we both provide beautiful interface on the iPad, but our businesses are entirely different. The same false competition between Facebook and Twitter happened many years ago as both were thought of as Social Networks. Over time it has become very clear that Facebook and Twitter are two very different companies. To combat mis-education in the market, you should have a simple and clear 2-3 sentence reasoning of why you are different. Over time as both companies in a space mature towards their individual visions, it will become apparent to anyone the difference between the two companies. Up until that point, it will likely take a mix of explaining the difference to the market while having many one on one conversations.

Don't try to win on features

Competitors will try to constantly battle you by adding an incremental amount of features. It's tempting to want to constantly play a game of one-upping a competitor with features, but that usually results in a product that no one wants. It's the path that many tablet makers have taken when competing against the iPad. There is a constant game of one-upping on features like processor speed or 3D screens, yet nobody has even come close to overtaking the iPad in the tablet market. Why is this? Everyone is trying to BE Apple, not BEAT Apple. When it comes to features, march to the drum of your own roadmap and vision.

Price wars are a race to the bottom

Many entrepreneurs think that a competitor will come in and beat them on price. You may lose some customers, but in the long haul, a competitor can't be you by just being cheaper. If a competitor does come into your market and competes solely on price, do not be tempted to constantly lower your price to beat them. Instead you should fight on product quality and the true return on investment for the user. When it comes to a competitor that comes into your market and offers a product for free that you have charged for, then you may have a problem depending on what type of business you are building. If you are building a company built upon fast growth, then your business model may be flawed in the first place. If it's not, then you should dig in deeper as to why the competitor is offering the product for free. They will eventually have to turn a profit, whether it is by charging YOU or someone ELSE.

Larger companies are often slow, though large in size. They may ENTER your market, but they will often not have the speed to STAY in the market. Speed comes in a few different varieties when competing against a large company like Google or Microsoft. The first variety of speed is iteration. How fast can you iterate on a product after market feedback? A large company is going to have to stick to a much larger roadmap and won't be able to turn a ship on a dime. The second variety of speed is feature addition. Large competitors won't be able to add features as fast as you and will most likely be trying to play catch up to what you already have.

Focus on the normals

Pinterest has become a huge success and has < a href="http://allthingsd.com/20111222/pinterests-growth-hockey-stick-would-make-a-great-craft-project/">grown tremendously over the past year. The largest part of Pinterest's success story has not been its adoption by the inner circle of Silicon Valley or sex crazed college students, but those of women from Middle America. Most competitors will come into the market and try to create buzz amongst the early adopters of the tech community. Instead of falling into this trap, try to attract the normal users of the world ie- women in the midwest or a teenager that wants to find new music. It's hard to reach this audience and once you have a grasp on it, it will be hard for a competitor to come in and compete against you.

If you have started to grow and a new competitor comes into the market, it's wise to have enough cash on hand to really ignite your growth. Everyone thinks that products take off and that it's all taken care of. There are always financial barriers in place when rocket fueled growth kicks in. If you are lucky enough to hit that point, you want to make sure that you have the cash to leave your competitors in the dust.

You are your biggest competitor

You are often your biggest competitor. You should not completely ignore your competition, but the biggest battle happens inside of the four walls of your startup's office. Startups come down to pure execution of a strategy on a daily basis and maintaining the faith for the long haul. Most startups don't lose to competition, but because they lose the will to fight.

Avoiding the build versus buy problem

Many startups will not be competing with other startups, but with the internal development teams of their larger customers. Moveable Type lost the blogging wars to Wordpress by not moving themselves towards being a fully flexible platform. Instead of having conversations that are a build versus buy scenario where it's either your startup or your customer's internal development team, you should be positioning yourself into a build OR buy scenario. In order to do this, your product needs to become a platform that others can build upon to meet their needs. This will let you grow overtime to meet the needs of any customer without sacrificing your own roadmap. This will often require you to sacrifice some short term gains for long term sustainability. Any and all changes you make to your software have to be applicable to the greater good of the platform. That means no custom development and no bending to the wills of customers crazy demands.

Bring traffic to the table

The largest successes of the past few years have been audience driver. Twitter and Facebook have been killing search as a referral source, while YouTube has opened brought forth a new audience for professional and amateur creators alike. Tumblr has seen widespread adoption by major publishers due to the viral nature of the platform. Pinterest is getting adoption by mainstream fashion brands due to its ability to drive more traffic than Facebook. If you can bring traffic to your users, then they are going to be addicted to your service like crack cocaine. Once network effects kick in, a publisher is very unlikely to leave your service.

Bring money to the table

Most partners want two things. The first thing I touched on before, which is traffic. The second and most important is M O N E Y. If you can make partners money, then they are likely to side with you and stay when a competitor comes along. Cash is a powerful force and if your company can be a direct or indirect way for people to make money, then you are going to be hard to unseat. Everyone thinks that Google won the search wars by having JUST the world's best algorithm. They had a great product, but they gained distribution by powering search for publishers. With this, they were smart enough to make money for publishers and win the search wars. How have you dealt with competition in your space? Another interesting angle that I wish I could analyze is, what it is like to enter the market as a competitor to an existing incumbent. Whatever the scenario may be, the most important of the 13 lessons above is to remember that you are your own competitor. Keep fighting the fight and be prepared for the war, not just the battle.

Topics: startups competition onswipe what if google does it

Visiting The Valley: Why It's A Special Place For Startups

The Big List: The Best and Worst Startup Stuff In 2011