14 Ways To Be A Great Startup CEO 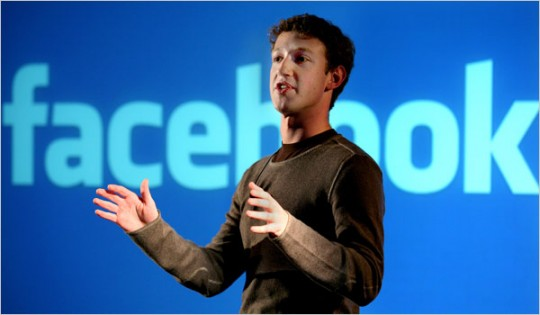 Everyone thinks that being a startup CEO is a glamorous job or one that has to be a ton of fun. That's what I now refer to as the "glamour brain" speaking aka the startup life you hear about from the press. You know the press articles I'm talking about... the ones that talk about how easy it is to raise money, how many users the company is getting, and how great it is to be CEO. Very rarely do you hear about what a bitch it is to be CEO and how it's not for every founder that wants to be an entrepreneur. I've spent a lot of time recently thinking about what it takes to be a great Startup CEO that is also a founder. Here are some of the traits I've found.

Be A Keeper Of The Company Vision

The CEO is the keeper of the company's overall vision. I'm not talking about the vision for the next few months, but the larger road ahead. The CEO needs to be able to keep things on course for the current quarter to make sure that the large overarching vision of the company can be achieved. The takeover the world vision of a startup usually can't be achieved in one year or even in some cases, like Google, in a decade. It takes a great startup CEO to keep the company on track to achieve that vision. A great startup CEO will often judge upcoming initiatives to see if they fit in as a piece of the large puzzle for the bigger vision.

Absorb The Pain For The Team

A startup CEO needs to be the personal voodoo doll for a startup. They need to be able to take on a strong burden of stress, pain, and torture all while making level headed decisions. You can't have the troops stressing and worrying about the difficult challenges at hand. A good startup CEO will absorb the stress, so the rest of the team can carry on. He also needs to be able to mask this pain and stress. Not that he should hide or lie to the team- I'm not encouraging that. Most of the day to day nuances+stresses of a startup aren't worth having the entire team worry about and the CEO needs to bear that pain.

Find The Smartest People And Defer On Domain Expertise

A startup CEO has a great knack for finding talent. The key is finding people that are smarter than you on specific topics. It might be technical team members/leaders or it might be a new VP of Biz Dev. A startup CEO has to have the ability to find these people and make relatively fast decisions to hire them. They also have to be able to show the fire and passion to convince them to leave what is most likely a better paying and more secure job to join the company. The real key to hiring as a startup CEO comes after the hire. A great startup CEO will be able to trust the hires that they make and defer to them on areas of domain expertise. It's hard to let go, but you have to learn to, especially when the company grows.

Be A Good Link Between The Company + Investors

Whether you want to believe it or not, you are not an investor's only portfolio company. Even if you are a superstar, they have a handful of other companies to help and a ton of incoming potential portfolio companies. A good investor will pick 2-3 new companies per year to work with. A good startup CEO will be a good link between progress, issues, and areas where they need help with investors. A good portion of early stage startups that raise money will have a board comprised of 3 people: the CEO founder, the investor, and an independent board member. You are the lone representative for your cofounder and other employees.

Be A Good Link Between The Company + Product

I have this unwavering belief that the best companies are those that keep a founder as CEO for the long haul. Not because the founders have the right to be CEO, but because the CEO needs to be close to the product vision of the company. Founding CEOs understand this the best and can carry out that same unified vision over time. To fill in the management gaps a great COO, other board members, and heads of divisions will come along. It's a strategy that Facebook has employed and why Apple has had a great resurgence with Steve Jobs at the helm. It's all about keeping the CEO as close as possibly linked to the product.

Be Able To Learn On The Job

Most startup CEOs didn't start out with an MBA or some background in growing a company from nothing to something. The best have an ability to learn along the way and embrace their failures to become a better leader. Zuck started when he was 19 and now 7 years later, runs the most powerful internet company. Don't worry about whether "you're qualified" as it's hard to put typical qualifications on the job. You'll learn the really core stuff along the way. The best startup CEOs will surround themselves with smart mentors to be a sounding board along the way.

It's almost better to have a blank slate of zero experience as a startup CEO. If you come in with preconceived notions and block out the scrappy methods of a startup founder, it actually hurts you. Traditional education often trains you to be CEO or manager for a much larger company, not for a startup of under 50 people. It's a different kind of leadership and company.

Have An Uncanny Ability To Say No

You will be inundated with a list of requests from potential partners, investors, employees, and more. They will all sound absolutely wonderful. As you grow, you will also have the resources to execute more of them. Don't. It's easy to say yes, but so very hard to say no. By having an uncanny ability to say no, you can keep your company on track with the large vision you maintain. It will also keep your team members (notice I don't like to use the word "employees") laser focused and feel more rewarded as they are able to focus on one thing for a good chunk of time. I've seen too many startups sink because the CEO keeps changing what the head of product and engineering should be doing.

Have Some Technical Knowledge And Skillset

A good startup CEO shouldn't be afraid of a little bit of code and a text editor. They don't need to be diving into the source code on a daily basis, but they need to understand the technical requirements. It's easy to say "go build this", but it's a whole other ball game to understand how to build it. What seems simple may be a huge mountain of a technical feat that just isn't feasible with the given resources and deadlines. It can also help lend some street cred with hiring early technical team members too.

Be Able To Break Things Down Into Sizable Chunks + Milestones

Remember that huge unwavering vision that you are the keeper of? Odds are it only makes sense to you and your cofounder. You will need to break it up into sizable chunks and milestones for the rest of the team to understand it. You also need to be able to pick when and where to conquer things strategically. What is the past of least resistance so you can gain traction? What can you do first with your given resources?

Have The Ability To Call An Audible

Nothing goes according to plan. Things fall through, people quit, shit happens, servers crash, and other random things go bump in the night. You're going to have to deal with it and fast. This is a football term:

"Seen when the quarterback goes up to the line of scrimmage, sees a defensive alignment he wasn't expecting, and adjusts by yelling out a new play."

You're going to come up against things that you didn't expect and just be able to call an audible. Launch faster, spend more money here, or even abandon a project.

Can Motivate The Team Through Despair

People love to talk in this business. People love to talk even more when you're company isn't fairing well. A great CEO will be able to take those moments of public despair and keep the company focused. They will be able to debunk the rumors or even approach them head on by keeping the members of the company focused on the bigger mission at hand. It can come in simple 5 minute talks or motivational emails. The worst thing you can do is avoid the situation and be passive aggressive. I repeat: DO NOT WUSS OUT.

Be A Great Communicator

Mark Pincus, CEO of Zynga, makes a strong case for not being a fake ceo. In short, worry about things that produce results, not fame. If it's between going to a conference/doing an interview or completing a deal, get the deal done. Don't "leave it to someone else". You need to get your hands dirty every single day.

By no means is this an exhaustive or definitive list. In some cases, the traits listed above might be counter-intuitive. What are some traits you've seen in great founding startup CEOs? Not the glamorous job you thought it was, eh?

How To Know Your Side Project Is Ready To Be A Startup
startups February 3, 2011
The word startup seems to be used too loosely in this day and age. Some people think something built in a weekend or over the course of time on the side is a full fledged startup,…
Read Post
9 Ways To Disrupt And "Hipmunk" An Industry
startups February 28, 2011
hipmunk [hip-muhnk],   1.  verb:  To bring sexiness and simplicity into an existing industry with a fresh approach that delights people.  Example:  The real estate mortgage industry…
Read Post
Subscribe