From Deadpool to Acquisition: Lessons From Sprouter's Almost Fail

The following is a guest post by Erin Bury. Erin is the Director of Content and Communications at Sprouter.com, a site that connects startups with expert advice. She's also a startup columnist for the Financial Post. Find her on her blog at erinbury.com, or on Twitter at @erinbury.

A few months ago I had a brilliant flash of business inspiration, as so often happens when you're in the startup world. Why not start an online marketplace where new startups can buy furniture and office supplies from startups that enter the deadpool? A depressing Craigslist, well at least depressing for the companies liquidating their stuff.

The irony wasn't lost on me when, mere months later, we announced that our startup Sprouter was shutting down (for the record, we did get rid of our furniture, and I do think my business idea has legs). We launched in 2009, and I've been part of the four-person team since the beginning, building the brand from zero users to a vibrant community of entrepreneurs and startup experts. 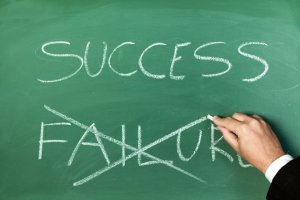 The reason for the shutdown was simple: we ran out of capital. We were supported by angel investment, and had big plans for how we'd become profitable. But the investment dried up before we could actually execute on those ideas.

The morning we announced we were closing our doors was hard, but it made it easier to see the outpouring of support from the community. Media outlets covered our shutdown, lamenting the fact that the resource for startups would be gone. Community members voiced their dismay on Twitter, our blog, and via email. By the end of the week we were out of our office and all unemployed.

What happened next could be straight out of a Disney movie: think The Mighty Ducks for startups (The Mighty Canucks?). One of Canada's largest media companies Postmedia Network Inc., owners of national newspaper the National Post and countless other newspapers across the country, expressed acquisition interest. They wanted the team back together, and were interested in integrating our content and digital presence with their properties.

So on October 3rd, two months after we announced our shutdown, we announced our acquisition. Being part of the Postmedia family means we have a bigger platform for our startup content, and can continue to expand our offerings. We have a new office in downtown Toronto (yes, with new furniture), and we're almost doubling our team in the next month.

While not the ideal route any startup would take to acquisition, it really is a case of all's well that ends well. But there are some key lessons to take away from the whole ordeal, and not just that making millions of dollars is more advantageous than running out of capital and shutting down. We got that message loud and clear.

Don't underestimate the power of your community. We figured our shutdown announcement would cause a stir, but we could never have predicted the outpouring of support that resulted. Our community of supporters rallied together, suggesting ways we could stay afloat and even offering to pay for our service to keep it active. Your community is a powerful resource in itself, and don't underestimate how they can support you in times of trouble.

Crisis communications are imperative. The first inclination when you're shutting down is to hide under your desk and not show your face again until SXSW 2012. But we decided that we would respond to user emails, Tweets and media requests the week of the announcement. Being transparent and responsive when you have a crisis seems like a no-brainer, but it can be difficult for founders to face the public during hard times.

Embrace the failure. The startup post-mortem seems to be the latest trend for deadpooled companies. Startups who've failed offer their take on where they went wrong, hopefully steering new entrepreneurs in the right direction. In another ironic twist of fate, our founder Sarah Prevette had agreed to speak at FailCon Paris before we announced we were shutting down. Her presentation there, How I've Failed So You Don't Have To, outlined the major lessons from our growth and failure. Namely, you need focus at a startup. Oh, and sales are important.

Users aren't customers, and brand doesn't equal sales. We built up a big community of startups, and were featured in media outlets around the world. But at the end of the day, our great brand equity and user base wasn't paying our bills. While it's important to focus on marketing and user acquisition, those things don't matter if you're not bringing in revenue.

Strive for success but prepare for failure. This encapsulates how founders should approach their companies. Everyone wants to be the next Dropbox, Zynga or Airbnb, but the stats tell us only a few will actually get there. Be optimistic, but realistic. Prepare for the worst, and always have a contingency plan for times when you aren't hitting your sales goals.

While I hope your team never has to experience what we did, it was truly a learning experience. The path to startup success never does run smooth. Oh, and one last lesson: don't get rid of your furniture until you know you're 100% gone. If you need us, we'll be putting together Ikea desks. 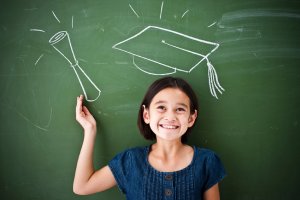 Forget The MBA: How About a Masters In Startup Awesomeness? 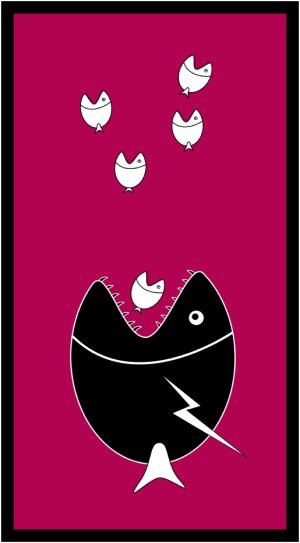 The Backuisition and 9 Other Types of Acquisitions [humor]