Insight From Dropbox: Failure Is Not The Worst Outcome, Mediocrity Is

I'm a big, big fan of Drew Houston (founder/CEO of Dropbox).  Have known him for many years (well before he started Dropbox) and am honored to call him a friend.  I will cancel plans with my wife to hang out with Drew if he and I happen to be in the same city.  There are only a few people I'd do that for.  (Plus, it helps that she loves the product).

Disclosure:  Drew is on the advisory board for my company, HubSpot.

There's one big lesson and insight I want to draw out from Drew and Dropbox's story.

The worst outcome for a startup is not failure — its mediocrity.  When I first met Drew, he was still working for a local Boston-area software company called Bit9 (in the security space, and they're still around).  Good company.  Drew was in the midst of working on a startup idea that was in the SAT prep space (called “Accolade” if my memory serves me right).  I met with Drew for dinner to talk about Accolade and his plans for it.  I was not a big fan of the idea (and told him so).  Super-competitive category, and it was going to be hard to differentiate.  Most importantly though, I was not sure how big of an opportunity it was.  I just didn't see it being a big, “break-out” business.  Frankly, at the time, I could tell that Drew was really smart — but I didn't have enough data to know if he was going to be great (as in a great entrepreneur).  I know many, many really smart people.  Few of them have what it takes to be great entrepreneurs.  As it turns out, Drew is one of those people, but I didn't know it at the time.

So, Drew ultimately ended up abandoning the SAT prep idea to do something different (which later became Dropbox).

Here's the big lesson:  Many founders think that the worst outcome you can have in a startup is failure.  You try something and it fails.  And yes, failing sucks.  But, what's worse than failing is going sideways for years and years.  Being stuck in a quagmire of mediocrity.  Things are going reasonably well, but not spectacularly well.  The reason mediocrity sucks more than failure is very simple:  Failure lets you move on, mediocrity stalls you and keeps you from reaching your potential.

It's not knowable as to whether Accolade (Drew's SAT prep startup) would have been a phenomenal success or not.  But, it's doubtful that it had near the potential that Dropbox did.  Had Drew “stuck to it” with Accolade, it's likely that Dropbox would have never happened and 25 million people (including me and my wife) would have been less happy.  And, of course, Drew would have been worse off for it.  As he will tell you, Dropbox has been super-fun and super-gratifying.  We all dream to have a startup like that someday.

It would have been a waste of talent and energy for Drew to have gotten stuck in a quagmire of mediocrity.

Imagine if all the founders that are currently stuck in “sideways” startups could somehow pull themselves out of the muck, clean themselves off, and take another crack at becoming legendary.  How much better off would they and the world be?

Of course, there's one big counter-argument to all of this.  How do you know whether you're stuck in a quagmire?  Isn't startup success often about persistence and focus?  What if that break-out success is just around the corner.  Those are good questions.  The simple answer is:  There are no simple answers.  If it were me, the question I would ponder is this:  If 90% of everything started going “right” with your startup, what will it become?  (I'll call this the “wave the magic wand”, best-case scenario).  If the answer does not please you, and you've been at your current idea a reasonably long time, I'd ponder a change.

One of the great things about software startups today is that it's very possible to reach “ramen profitability”.  That's also one of the bad things.  Once you get to “ramen profitability”, running out of cash is no longer a way to know that you should be starting afresh and trying something new.  You can run a startup like that indefinitely — and many entrepreneurs will do just that, instead of building the next Dropbox and becoming legendary.

Update:  The article has sparked a lot of interesting discussion on Hacker News and elsewhere.  One point I'd like to clarify:  I'm not suggesting that stable, sustainable businesses with modest growth are a bad thing.  Just that if the business is not something the founder is passionate about -- she should move on.  Life is short.  We don't all need to build the next Dropbox -- but we all should stretch ourselves.  It reminds me of an idea that Tim O'Reilly planted in my head:  Pursue something so important that even if you fail, the world is better off with you having tried.

What do you think?  Are you stuck in a quagmire of mediocrity?  Should you be hitting the reset button and taking your shot at becoming legendary? 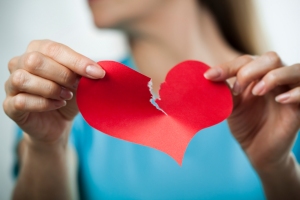 How To Lose 1% Of Your Customers With Just 1 Email