Startup Culture Memes: Do You Have A Duck Of Awesomeness?

The following is a guest post from Tom Critchlow. Tom is head of search for Distilled, a London and Seattle-based SEO company.

Have you noticed how as people spend time together they develop certain attitudes and practices unique to them? That's culture.

"The set of shared attitudes, values, goals, and practices that characterizes an institution, organization or group" - Culture defined at wikipedia

Working environments force people to spend a lot of time closely interacting with each other and startups even more so! This close interaction leads to the emergence of culture.

In my eyes there are two ways of identifying the emergence of culture within your business. Behaviour and language.

I'm no linguistic scholar but I believe the two are very closely related. Behaviour affects language and language affects behaviour. A feedback loop that is constantly molding the culture within your business.

Within Distilled there is a rich set of language that’s unique to us. Here’s just a few:

Within our company these are used often and with a rich history of experience behind them. Here's a brief explanation for a few of them:

Phone Ninjas: About 6 months ago I wanted to persuade our consultants to spend more time on the phone to clients so I implemented some game mechanics internally to give out points everytime you made a phone call to a client. Simple and effective. I believe it took off however because the highest level you could reach was called "Phone Ninja". Over time, the points system became less used but I'm not so bothered about that because the concept of spending time on the phone and the phone ninjas term has stuck around. Here's a few pics of @PaddyMoogan (Distilled) and @SamuelCrocker (ex-Distilled) as phone ninjas:

The Duck of Awesomeness: We've had various schemes within Distilled aimed at recognising and rewarding exceptional behaviour. Unfortunately, none of the schemes really caught on. People would forget about nominating others for good work or we'd suck at feeding back to everyone who had done what. All of that changed when we bought a blue duck with stars on and called it the duck of awesomeness. It moves from desk to desk as people do good things. The combination of the duck and the name has been a huge success and the duck often moves between desks once every few days. It's a fantastic way of keeping people motivated and providing recognition to people who do good work.

Hopefully you can see how the language here is more than just words. The rich culture that goes along with the language shapes behaviour. These words and phrases mean more to us than they do to an outsider. They have become memes.

‘Examples of memes are tunes, ideas, catch-phrases, clothes fashions, ways of making pots or of building arches. Just as genes propagate themselves in the gene pool by leaping from body to body via sperms or eggs, so memes propagate themselves in the meme pool by leaping from brain to brain via a process which, in the broad sense, can be called imitation. If a scientist hears, or reads about, a good idea, he passed it on to his colleagues and students. He mentions it in his articles and his lectures. If the idea catches on, it can be said to propagate itself, spreading from brain to brain. [...] When you plant a fertile meme in my mind you literally parasitize my brain, turning it into a vehicle for the meme's propagation in just the way that a virus may parasitize the genetic mechanism of a host cell. And this isn't just a way of talking -- the meme for, say, "belief in life after death" is actually realized physically, millions of times over, as a structure in the nervous systems of individual men the world over.' - Richard Dawkins The Selfish Gene

The power of these memes lies in the feedback loop between language and behaviour. Sure, the concept of breakfast of champions hasn't changed the company that much, but the concepts such as getting shit done (more details here), or the duck of awesomeness most certainly have.

Let's take another example. SEOmoz. They have a wonderful set of beliefs laid out by Rand eloquently in this blog post. That's all very well, but is this set of beliefs simply empty promises or a half-forgotten blog post? How do we tell how strongly SEOmoz believes in them?

We know this set of beliefs has been deeply ingrained in the SEOmoz culture because of language. The single word TAGFEE is part of the SEOmoz vocabulary. The staff use the term all the time and it's come to mean something very important. You'll often overhear an SEOmoz employee say something like "Should we do that? Doesn't feel very TAGFEE".

There's no specific reference to Rand's post and the wording of the specific beliefs. In fact, if you did a spot survey of SEOmoz and asked "what does TAGFEE mean", I bet you'd get many different answers. But that doesn't matter, because it would mean something to everyone. TAGFEE has evolved. It's a meme.

One of the up and coming memes within Distilled is “actionable insights”. As with all memes, it’s a part of our culture rather than a clearly defined rule. I apply “actionable insights” to all kinds of things from meetings to presentations I give (aside: I wish we were big enough to afford a meeting fairy).

For example I’m putting together the slides for our upcoming Link building conference and as I’m building my deck I’m constantly trying to ensure the audience will get actions out of my talk. The phrase “actionable insights” bounces around my head over and over again. The language is influencing my behaviour.

I also apply actionable insights to blog posts. The takeaway message from this post is as follows:

Memes are difficult beasts to tame. Trying to control them is like herding cats. I’ve had some success with creating and shaping internal memes to best suit the behaviour I want but there’s always room for improvement. Here’s some language I’m envious of from companies and communities I’m closely involved with:

What’s the lexicon of your startup? What internal memes are there? Which memes are you most jealous of? I'd love to discuss in the comments or on twitter.

If you liked this post, follow me on twitter or book tickets for our upcoming Link Building Conference in London 18th March, New Orleans 25th March. 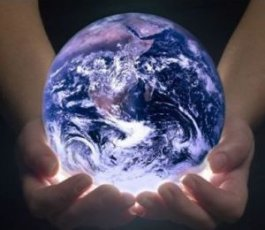 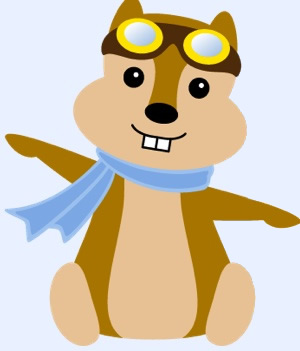 9 Ways To Disrupt And "Hipmunk" An Industry