8 Reasons Why SV Angel/Yuri Milner Investing $150,000 In Every YCombinator Startup Is Brilliant

Disclosure: SVAngel is an investor in my startup, Onswipe, a platform for insanely easy tablet publishing.

There is a ton of fervor and talk over SV Angel/Yuri Milner investing 150k into every YCombinator startup going forward. The problem with all the fervor and talk, is the lack of analysis of why this does or doesn't make sense. The pundits tend to focus on the pageview factor of why this might be a bubble or something silly. Not only is this a brilliant move, but this is a great look into how one wins in angel+early stage investing. This article is purely looking at this move from an investment lens as I haven't fully had time to think about its impact on startups.

The best investors move fast and get into the best deals by using their gut instinct. Due diligence is key, but as you will see below, social proof is often the way that an investment decision gets done. There's no logical way that you can fully de-risk a company at such an early stage. Instead, you need to go with your gut. That gut can usually judge people, the overall market trends, and the demo they've prepared well. SV Angel/Yuri Milner just got a first mover advantage on over 40 deals total, a good % of which will be hot deals in a couple of months.

Speed can happen with a simple test of social proof

Even though it is hard to fully de-risk an investment, there has to be some barrier to entry or criteria for making an investment at such a fast speed. Some factors include: a great product, a strong team, great traction, and a slew of others. The most important factor is one that YCombinator provided to SV Angel/Yuri Milner in this case: social proof. 1,000+ applicants applied to YCombinator and only a handful were accepted. Being accepted by YC is a good enough of a signaling point for SV Angel/Yuri Milner. The deal put forth by SV Angel/Yuri Milner is almost like a new type of loan in the form of convertible debt that converts to a more valuable currency of risk. With the SBA, other tests such as credit, revenue history, vendor history,etc. are used to give a business working capital. In the world of technology startups, those tests simply cannot be passed by the vast majority of good startups looking for early stage capital.

You invest in the smartest founders possible.

The angel investing game is all about investing in the smartest people possible. SVAngel/Yuri Milner did not even know the companies in this YC batch and their ideas. Many of those ideas will probably change, but the people won't. SVAngel/Yuri Milner did know that YC selects companies based upon people and can be certain that they are getting the top tier of founders.

Yuri Milner is renowned for investing large sums of money with very easy terms that do not even require taking a board seat. They do this not only to move at a faster pace to win deals, but also to let other investors do the heavy lifting. This strategy has now been adapted to the early stage investing game. Instead of taking the time to lead a round or set the terms for the round, they let the other parties at the table set the terms. At the time of this writing, 39 of the YC startups have already taken the deal from SV Angel/Yuri Milner. Many are also saying: "Other investors won't be able to match the terms of the deal since it is an uncapped note"... the thing is, they don't need to. The other investors can set whatever valuation they want and the 150k note will still convert. The clincher is, the economics will work themselves out. Odds are the range of valuations will be within reason that SV Angel/Yuri Milner would have invested anyway. The uncapped note just makes life a lot easier for them.

Along with speed, angel investing requires a large number of investments in order to really work well. Ron knows this as he is one of the world's most prolific angel investor. The YC portfolio has done quite well from what we can see publicly according to pg. By making the blanket investment to YC, SV Angel/Yuri Milner has solved for the following problems will be using the fairly obvious success of YC as an almost guarantee that the investments will do well. Since they are investing at an early enough level, they are going to provide returns at a level nearly on par with YC, which has been a success.

At the impossible low end, this is just one huge finders fee to Yuri Milner

A YC company may eventually be a monster company on par with Groupon, Zynga, and Facebook, which Yuri Milner invests in. In the recent Groupon financing of $950 million there was a finders fee of $75 million. If Yuri Milner/SVAngel invests in 4 years of YC companies, that's 320 companies x 150k, for a total of: $48,000,000. Even if all of those investments failed (impossible), except for one that became a Groupon level Yuri Milner deal, that's still a smaller finders fee than the Groupon deal.

Most of these companies would have raised money anyway

In today's climate and the power behind programs like TechStars and YCombinator, most of these companies would have raised money anyway. It's just that now all of these companies are raising money from at least Yuri Milner/SVAngel and other funds that come in to lead the deal. This is almost the reverse of how investing is done. Normally entrepreneurs go out to seek the best investors possible, but in this case the investors have gone to seek out the best entrepreneurs possible.

Fundraising is a huge time sink, especially when you are only a team of 2 or 3. It slows down everything else and it's something you cannot avoid. Many companies will be able to make money, but to really conquer a high growth market, they will need a large amount of capital that they just could not make fast enough through revenue. It's either fundraise or die. With the 150k from SVAngel/Yuri Milner, the YC companies will now be able to concentrate more on the 3 month YC program and for at least another 3 months afterwards. That is a huge difference that has a big impact. The early stages of a startup are very important and being able to move faster and crank out a better product without the intense worry of immediately raising money has already increased the potential returns from the YC companies SVAngel/Yuri Milner just invested in.

I don't know what happens next from here. This is certainly a big move and has already had an impact on the startup landscape. Will others follow suit? I don't know. 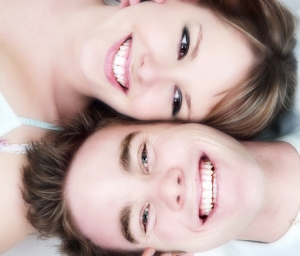 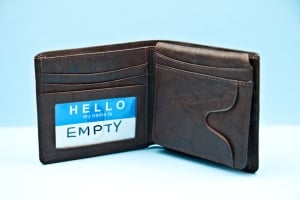