As you’ve heard, there’s been some big announcements at Google recently (announced during their earnings call).  In fact, it’s impossible to not have heard this news, as it’s being shouted in every major media channel (online and offline) there is. 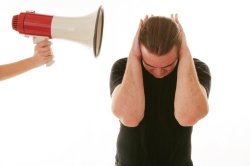 So, what’s the big lesson here for startups?

Answer:  It’s the same lesson to be learned from most of the big news coming out of Google.

Your startup is not Google.  Google exists in an alternate universe where the laws of mere mortal businesses do not apply.

If you try to emulate a single aspect of Google, you will be transported to their alternate universe.  The resulting change in atmospheric pressure will cause your startup to explode spectacularly.

The best lesson here:  Resist the temptation to extrapolate insight from a data point of 1.  When faced with pontificators and speculators, not politely (it’s easier than if you engage) and go back to working on your product.

What do you think?  Has any startup been able to draw relevant lessons from the Google?

Insider Tips From HubSpot's Launch of Marketing Grader
December 6, 2011
The following is a guest post from Karen Rubin.  Karen is a product manager at my company, HubSpot.  I asked her to write this article sharing some of our "playbook" around launching…
Read Post
Did The 900-Pound Gorilla Just Vanquish Your Startup Or Validate It?
guest February 19, 2014
The following is a guest post by Todd Garland, the founder and CEO of BuySellAds.  Todd is a long-time friend, and was one of the early employees at HubSpot before he set out to build…
Read Post
Subscribe