11 Ways Your Startup Can Deliver Support That Will Increase Sales 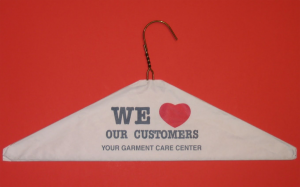 Support is often an after thought for many startups in terms of the impact it has on your time, sanity, and development resources. It's usually a tedious chore that is a second class citizen. Or...Maybe it's not. Maybe your startup worships at the altar of Zappos. If you do, odds are the influx of support hits you from out of nowhere like a sucker punch. Here's what I've learned about preparing for support, how it decreases churn, and increases sales.

Pre Sales Support Will Bring Up Patterns Of Lost Sales

Everyone seems to think that their funnel and their website copy is absolutely awesome. In reality, it comes down to not knowing what you don't know. There are usage patterns that will cause confusion amongst potential purchasers of your product, that you could have never imagined. By implementing a strong pre-sales support system, you will start to gain pattern recognition into what is causing you to lose sales. The best way to catch these issues is to implement live chat systems like Olark, a phone system like Grasshopper, or a simple pre-sales FAQ.

Example: With PadPressed, many potential customers wanted to see a working demo on their iPad. We thought we had this clearly stated on the Demo page. As it turns out, we didn't. After five requests in a day, we realized that we needed to heavily emphasize the working demo portion in the copy. We modified buttons on the homepage and we highlighted the links to the live demos on the Demo page. It worked. There have been more clicks and more requests about this.

Build As If You Have To Support It

I'm stealing this quote from Kevin Hale of Wufoo, but it's truly one of the most important product focused quotes I've heard over the past year. Whenever you want to add a feature, especially the nifty ones that may be confusing or buggy, think about the impact that will have on support. Also think about a feature's implementation and how it plays into cross platform compatibility. For every feature you plan on adding, expect more of the following:

After every launch of PadPressed, there are usually one to two specific problems that are major issues. For our most recent launch, the timthumb library was being wonky with Wordpress MU + external images. Instead of adding some of the new things we had planned, we had to focus solely on releasing a major update for this issue. The adrenaline from a successful launch will lure you into wanting to do more "cool stuff" for customers. In reality, if you don't double down on getting past the critical bugs, they won't be customers for long.

The Knowledge Of The Customer Community Will Save You

If there's a way to create a customer support forum, I strongly suggest it. It could be something like GetSatisfaction or it could be a private forum. Most problems that customers would normally open up a ticket with you for, will have been solved in the past and publicly available in the forums. I suggest that all tickets are made public and viewable by users. Another benefit of having a great community is the fact, that other customers will help out new customers and give suggestions. The math adds up over time. Here's some math:

Support Is A Reason To Charge

Support is a reason to charge, especially when dealing with a freemium model. As geeks, we may be able to do everything ourselves, but in the real world, most normals love to have their hand held or have someone on call to help them. You could charge for premium support or you can even bake it into your price. Apple's genius bar and training programs seem free to customers, but they're actually a good reason why Apple products command such a premium. Look at Zappos as well. They spend good money on providing a first class support experience and it's why they're able to do so well. Once again, THEY SELL SHOES. The support experience has allowed them to command a dominate spot in the market and differentiate themselves by selling shoes. Apple and Zappos' models are indirect ways to charge for support. Many open source and freemium companies charge directly for support and make big bucks doing it. Some may say that this model doesn't scale, but I say baloney. We're a connected and distributed world where there is an infinite amount of labor on demand to help with support.

As a startup with strapped development resources, escalating issues to the development team requires a certain graceful balance. Certain critical issues and larger customers require you to bring issues to the attention of the core dev team. The problem is, attending to these issues can slow down new development and an already large onslaught of bug fixes. This is also another area where you can charge for a more advanced level of support.

They Will Calm Down

Odds are you will get the fanatical pissed off customer that thinks they are entitled to everything to going perfect or ELSE. Chill out and breathe. They've been burned by the pain that is poor service in the past and they want to make sure your little unknown company pays attention. Respond fast, help them out, and just hold their hand. They will likely calm down and become your best friend at the end of the day.

Be Directly Wired Into Support As A Co-Founder

Even if you're lucky enough to have the funding/profits that you don't run support yourself, you should be directly piped into what is happening with pre and post sales support. I have every customer inquiry for pre-sales sent to my phone instantly and all support threads pushed via email automatically. Some I don't respond to as the rest of the team takes care of that, but I know every issue that is going on.  A culture where support is important needs to come from the top down.  If the co-founder of a company doesn't care, then why should anyone else?  Set an example.

Email is a Sandtrap

Users and customers will undoubtedly email you asking for support. It's not that you should avoid helping the customers or that supporting them through email is beneath you. It's actually the worst way possible to deliver support. Conversations get lost in the shuffle and require cc'ing and sending emails to other team members. Keep email for pre-sales support only as that is a much easier way to deal with customers. Here's the trick to deal with email support requests:

Bad Support Won't Sink You, But Great Support Will Make You Rise

Listen we all complain until the cows come home about Comcast and AT&T, but at the end of the day, we still have our iPhones and Cable. I don't advocate bad support, but somehow companies get away with it. Maybe in a world of transparency due to social media that won't be the case in 20 years, but it sadly is right now. That's not the way to think about it. Look at it the opposite way: Having great support WILL make you rise above the pack. People will remember it and people will talk about it to others. That great experience will let you rise above the rest.

As a startup and/or developer you don't skimp on your equipment and you shouldn't skimp on the software you use either.  $50 a month might seem a lot for a piece of software, when you're running on ramen. Guess what?  It's a long term investment that pays off in the end.  If the lifetime value of your customer is close to $100 and you lose 2 customers a month because your support is a mess due to stringing together email, you actually lost a net of $150 per month.  Don't be pennywise and pound foolish.  Here are some of the good tools I've come across.

Video From Business Of Software 2009: Building Great Software Businesses
sales August 23, 2010
Of the several conferences I attend or speak each at each year, my favorite is the Business of Software conference organized be Neil Davidson (of Red Gate) and Joel Spolsky (of Fog…
Read Post
MA: Lets Nix The Non-Compete Here So We Can Compete Better Everywhere
April 10, 2014
The Boston Globe reported this morning that Governor Deval Patrick will propose today a sweeping legislation to make it easier for workers in technology, life sciences, and other…
Read Post
Subscribe