Being stealthy is not usually healthy and not a great way for you to get wealthy.

If you hang around startup founders long enough, you’ll ultimately come across someone that directly or indirectly claims that their company is in “stealth mode”.  This can come in any number of flavors:  “We’re not talking about our plans just yet.”  Or, “We’d need you to sign an NDA or confidentiality agreement before we can reveal our plans.”  Or, “We’d tell you what we were up to, but then we’d have to kill you.” 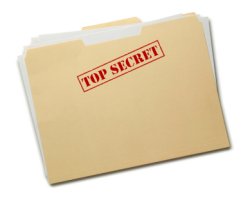 As it turns out, startups are indeed often coy about their plans and don’t like to reveal too much.  But, this is rarely because they are in so-called “stealth” mode, and have some big secret to global domination that they can’t tell you.  The rationale is often much simpler than that.

For the record, my current startup has been in Category 2 above for a little while now.  We’ve had a number of possible directions that we could pursue, and didn’t really settle on one until recently (and even then, we’re still fine tuning).  But, we’re pretty clear about this indecision to folks that we talk to.  We don’t claim to have some big secret that we can’t tell anyone.  Quite the contrary, we’ll talk to anyone that is willing to listen.

So, the question to ask is:  “So what?”  If you’re an entrepreneur, what’s the harm in not talking regardless of which of the above reasons might be the motivation?  That is an excellent question.

Here are the reasons why I think startups should talk more (not less) about what’s actually going on:

Summary Of My Point:  Before you decide to clam-up and guard your “super secret business idea”, make sure that you have something worth guarding, and that it’s in your best interests to do so.  More often than not, you’re better not being coy, and doing some talking.

DON'T start a company...yet
guest November 21, 2011
The following is a guest post by Andrew Payne.  Andy is a Boston-based entrepreneur and angel investor, and a HubSpot director.  You can read his blog at blog.payne.org or follow him…
Read Post
Classes They (Thankfully) Don't Teach At Startup School
humor February 19, 2013
The following are some hypothetical classes that I'm thankful they don't teach at places like Y Combinator, TechStars and 500 Startups. 11 Classes They Should't Teach Founders 1.…
Read Post
Subscribe