Why Venture Capitalists Avoid Innovation: They Like Making Money

The following is a guest post from Andy Singleton, the founder of Assemba.  Assembla provides online workspaces for distributed software teams, and helps many startups build their products.

Any given innovation is much more likely to fail than to succeed.  Innovation as a whole may even be unprofitable for the innovators.  Fortunately, we keep doing it, because in economic terms, innovations are durable (they last forever) and non-rivalrous (anybody can use them), so over the long term, society benefits a lot from the successful innovations.  As a society, we look for ways to get around the fact that innovation is generally unprofitable.  We subsidize innovation.  We honor it. 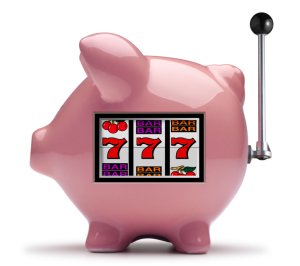 A recent conversation has me wondering anew about the question of whether venture capitalists actually further the process of innovation.  They claim to be in the business of innovation, but they also talk constantly, often in the same paragraph, about how much they want to avoid innovation.

In this latest conversation, the VC said "We look for companies with a product and a proven business model."  This should should sound familiar to you. I wish I could run a video montage of the pictures in my head of VC's saying how much they want to avoid innovation.  Surely you would laugh.  If you ask VC's what they look for, they use words like "traction", "proven business model", "reference customers", and "invest in marketing" or “sales and marketing”.  This in itself is a big step forward from "We invest in teams that have done it before" (Greylock partner, 90's), or "We look for the second time around" (Sigma partner, 90's).  It doesn't take a genius to understand what they are saying.  As much as possible, they want to avoid all innovation (stuff that’s not proven).  It’s risky and unprofitable.

VC behavior subsequent to making an investment is also revealing.  After looking at hundreds of deals, and falling in love with one particular business plan, and persuading other investors and partners that it's great, VC's generally don't support subsequent changes to the business plan.  A self-funded entrepreneur is constantly making major course corrections, to the point of driving his colleagues crazy.  VC's will deny this, but a VC investment is basically a ballistic missile launch, without course corrections.  They are likely to just shut down the funding, or even to continue investing a lot of money in a concept that is clearly not creating the forecast level of excitement.

In my recent conversation, the VC partner went over the top by saying "We want to invest in companies that own code and have protectable IP", and then going on give the example of SpringSource - a service company working with un-owned open source code.
Are these people as idiotic as they sound?  Far from it.  They are some of the smartest, most observant, and most successful business people you will meet.  They have learned the hard way that innovation is more likely to fail than to succeed, and that the best way to make money is to latch on to a product that people already like. Even with this filter, and their cleverness and experience, and funding one in 100 opportunities, they still have a hard time making money in the current environment.  Investors that stray from the established formulas of the VC business (2 and 20 on fees, 5 year fund cycles, "growth capital" for sales and marketing) - are often punished with poor returns.

Note the cruel irony here.  In the VC business, a business that claims (with heartfelt feeling) to be devoted to furthering innovation, innovation is deadly.  It is the least innovative firms that succeed.  Successful firms may excel in a number of areas, but innovation isn't one of them.

So if innovation is actually risky and unprofitable, where does this leave us?  It rolls the clock back 80 years to Joseph Schumpeter's observation that entrepreneurs are driven by "animal spirits" rather than money.  Being a professional economist, he actually said, "Hedonistically, therefore, the conduct which we usually observe in individuals of our type would be irrational."  He also claimed that profit maximizing, utilitarian theory is "unsurpassed in its baldness, shallowness, and its radical lack of understanding for everything that moves man and holds together society."

Limited partners are utilitarians, and they don't invest in irrational animal spirits.

I think that this has some bearing on public policy.  Do we really want to be offering big tax breaks to VC's - the carried interest deduction - if it isn't going to get us the innovation which they have wrapped around themselves like a flag?

It also might have some bearing on the VC business itself.  VC returns in the last decade are negative.  VC partners are making less money now.  Many limited partners are not going to reinvest on the old model going forward.  VC's also have a diminishing reputation in the entrepreneurial community.  They have a strong incentive to get rid of an innovative entrepreneur and just wash out his stock - which they often do.  Suddenly, the old models aren't working for anyone.

And, maybe innovation is coming.  There has been a burst of micro-venture initiatives that invest small amount of money at the earliest stage.  That's a dangerous place for an investor (angel investors are incredibly brave) because one of the tenents of the old rigid VC model is that follow-on investors will usually try to squeeze out the early investors.  Maybe this indicates that innovation is happening throughout the investor chain. I also recall a conversation with a partner at General Catalyst, one of the more successful new VC firms, about their practice of "home cooking", or creating their own companies.  The speaker dismissed the appeal as "zero pre" (translation: our interest is purely economic, in that we get a better deal if we pay a $0 pre-money valuation) but I think something deeper is going on.

Is it possible that, once in a while, the VC business should look to innovation, for real?

9 Quick Tips Learned While Raising $33 Million In Venture Capital
venture capital February 8, 2010
As the market improves, my guess is that many of you will likely be thinking about raising funding for your company.  With my latest startup, I’m now a venture-backed startup founder…
Read Post
Cash Connections: Who Invested In Social Media [infographic]
venture capital November 22, 2010
This infographic was created by our friends at CreditLoan. Thanks also to our friends at TechCrunch for creating the fantastic resource CrunchBase.  It's one of those ideas I'd wish…
Read Post
Subscribe