12 Facts About Entrepreneurs That Will Likely Surprise You

I have a picture in my head of what the average entrepreneur is like.  I’d guess pretty young (think Facebook, Twitter, Google, etc.) living the red beans and rice lifestyle and working 80+ hours a week and sleeping under their desk.  On some parts, I’m probably right — but on many, I’m flat-out wrong.  This is demonstrated by a recent report from the Kauffman foundation for entrepreneurship.  The report is titled “The Anatomy of an Entrepreneur”.  It’s based on a survey of 549 company founders across a variety of industries (that’s my first mistake, as it turns out entrepreneurs start companies other than Internet software companies — who knew?) 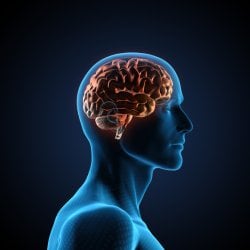 In any case, here are some of the points from the report that I found the most interesting.

1. The average and median age of company founders when they started their current companies was 40.

2. 95.1 percent of respondents themselves had earned bachelor’s degrees, and 47 percent had more advanced degrees.

4. 15.2% of founders had a sibling that previously started a business.

5. 69.9 percent of respondents indicated they were married when they launched their first business. An additional 5.2 percent were divorced, separated, or widowed.

6. 59.7 percent of respondents indicated they had at least one child when they launched their first business, and 43.5 percent had two or more children.

7. The majority of the entrepreneurs in the sample were serial entrepreneurs. The average number of businesses launched by respondents was approximately 2.3.

8. 74.8 percent indicated desire to build wealth as an important motivation in becoming an entrepreneur.

9. Only 4.5 percent said the inability to find traditional employment was an important factor in starting a business.

10. Entrepreneurs are usually better educated than their parents.

11. Entrepreneurship doesn’t always run in the family. More than half (51.9 percent) of respondents were the first in their families to launch a business.

12. The majority of respondents (75.4 percent) had worked as employees at other companies for more than six years before launching their own companies.

Which of the above surprises you the most and alters your mental model of what entrepreneurs are like?

Entrepreneurs and...Hey, There's A Shiny New Thing!
strategy September 25, 2008
If you’re one of those rare entrepreneurs that has the discipline to stay reasonably focused on what you should be working on, feel free to skip the rest of this article with the…
Read Post
Startup Marketing: Tactical Tips From The Trenches
marketing April 7, 2009
I’m speaking at the Inbound Marketing Summit later this month in San Francisco.  There are some really great speakers lined up (David Meerman Scott, Chris Brogan, Charlene Li, Paul…
Read Post
Subscribe