Expectations vs. Reality: 8 Lessons From The First Year As CEO

I started working on Foundersuite in the Fall of 2012, and we launched our MVP in early 2013. Prior to this, I'd spent 10 years consulting to startups as a fractional CFO / BD / Ops guy, so I thought I had a pretty good idea of what to expect for my first real rodeo as startup CEO.

I was completely wrong. Here are eight areas where reality diverged the most from my expectations. 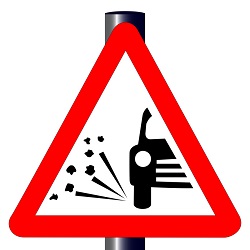 1. Identifying customer needs is only a fraction of the product-market-fit battle.

I'm a fan of the lean startup model and we are diligently striving to "build things that people want." But identifying customer needs and creating a solution for those needs is only part of the equation. The other half is removing the 1000 small friction points and barriers to adoption, which is in itself a Sisyphean task.

For example, we launched our Investor CRM product as a tool to keep track of investor discussions- it’s basically a way to bring some “order to the chaos” of fundraising. It’s a slick tool, built on top of APIs from AngelList, LinkedIn, Google Calendar, etc., and we were getting a lot of love-mail when users first signed up, but ongoing engagement was anemic.

It wasn’t until we probed deep via 1-1 calls that we discovered a lot of “blockers” to adoption—for example, many users already have lists of target investors they’ve collected in excel, so we needed to make an import function. As another example, people told us that since the CRM was an empty, blank slate, they didn’t know where to start; so we will soon be pre-populating it with “starter packs” of investors. It’s an ongoing process, but the good news is that every time we remove a major hurdle or friction point, we see a meaningful spike in adoption. Instant gratification!

2. Nobody gives a sh't about what you are doing (at least at first).

IMO, there's an entire generation of entrepreneurs who have a skewed perception that "a great product markets itself." That's bullshit. Sure, there are a few born-viral products like Mailbox or Pebble, but these are the extreme exceptions, not the norms. Most startups, even really good ones, have to make a ton of noise and hustle like hell to get anyone to pay attention. The founders of Xobni put it best a few years ago: "nobody cares about your stupid little startup."

Naturally, I thought we'd be different, that we’d be one of the immediately-viral outliers; I mean, we were a startup making software for startups-- how cool is that, right? Surely we would launch and immediately hit the hockey stick ramp...right?

We did get a nice little bump in adoption when we debuted at Launch.co and were written up in VentureBeat. But the growth spike was short lived, and like most startups, we had to start grinding away; we had to start building the business, brick by marketing brick; we had to, as Paul Graham would say, do things that don't scale.

In our case, this meant building distribution partnerships with incubators, co-working spaces, hackathons, etc. This is high-touch and long sales cycle relationship work (it takes us 2-3 months on average to close each deal); but it’s an effort we believe will lay a solid foundation for future growth.

3. Early evangelists are worth twice-- no, make that 3x-- their weight in gold.

There's a great quote by Brian Chesky of Airbnb where he says: "it's better to build something that 100 people love than 1 million kind of like." It's great advice, and we definitely didn't focus enough time or energy on cultivating “champions” in the early days; instead, I was addicted to vanity metrics like page views.

Why are these early, passionate users so insanely important? Many of the reasons are obvious: they tend to tell others (= free marketing), and they give you really valuable feedback on your product. But the real reason they're worth 3x their weight in solid gold is because their positive notes of encouragement will keep you going every time you take a beating by the universe (and this happens with surprising frequency). I’m pretty sure there’s a feedback faerie out there that knows exactly when to fire over a positive, encouraging note.

Bottom line, the next time I launch a startup, I will religiously spend 75% of my time hanging out with early evangelists, really getting to know them, and making them happy. I'm playing catch-up now.

4. Some people are just not that into you.

Cold reality: many of the people you really want to like you / your company / your product, simply won’t. This came as a something of a shock, since in my previous career as a consultant, I enjoyed really close relations with my clients and was consistently closing upwards of 75% of new prospect inquiries (probably since they were coming pre-qualified as referrals).

But marketing a consulting business is very, very different from marketing a SaaS product, and it’s taken some time to get used to the level of failure / rejection. With Foundersuite, I'm lucky to hit a 25 - 30% success rate with my partnership/BD work. To put it in perspective, this means that literally 7 times out of 10 that I pursue a distribution deal, I get a “no” (or more likely no response at all).

This was hard to adjust to at first, as I tend to get obsessive about winning a deal. It consumes me. For example, there’s an incubator in Palo Alto that we’ve been talking to for months about partnering up with (and we’d even got to a soft verbal "yes"). But then everything suddenly went silent, and it drove me f’ing nuts.

I've now come to realize that although persistence is indeed a critical trait for entrepreneurs, at some point it’s time to recognize when a deal's not going to happen. In short, don’t let “Deal OCD” become a detriment to your overall business.

I've learned that the best remedy to #4 is to keep the top of the sales or BD funnel overflowing with prospects; in other words, it's all just a numbers game. I've come to view BD work like dating, and as with dating, there are infinitely more potential prospects / partners out there in the world than you could possibly tackle in a lifetime. So when you’re chasing a target that's "just not that into you" move on, and quickly. Move on, and sometimes you'll even find they come around later (always a nice surprise).

This is borrowed / stolen directly from Steve Jobs, and it's something I have to beat into my brain every day. There are numerous layers and nuances to it: pitch the benefits not the features; sell the "why" vs. the "what" or the "how."

Ashton Kutcher’s motivational rant in the movie Jobs sums it up nicely: "You can make a great product; but you have to convince people that what you're selling is greater. We're not selling computers; we're selling what they can do with a computer. A tool for the mind. And that, ladies and gentlemen, is limitless. Because people will never stop believing that they could get more out of something; that no matter what you dream, you can do it. And Mac will help you get there." ‘Nuff said.

6. “Thought leaders” are like supermodels—great if you can land one, but…

Our original marketing plan was based on a variation of what Chris Dixon calls the "bowling pin strategy"-- we would get tech influencers and thought leaders to adopt our product, and the startup masses would follow suit. Sounds great in theory, but getting a Paul Graham or equivalent to trial, adopt, use, and endorse your product has about the same probability of success as getting Oprah to plug your book. In short, the odds are long, and although we did land some partnerships with luminaries like TechStars, Launchrock and Startup Weekend, these deals took months of nagging / begging / calling in favors; these guys are simply so bombarded with stuff, its all just white noise.

Instead of adding to the din, we started reaching out to areas of the startup ecosystem where the noise was significantly less; we started pinging incubators, hackathons, and co-working spaces in places like Atlanta and Pittsburgh and Indiana and Hungary and Australia. Dozens or even hundreds of areas have thriving entrepreneurial communities where the need for startup productivity tools is huge; the hunger is real, and we've seen fantastic adoption.  The lesson here is to skip chasing "trophy partners"-- like trying to date a supermodel, they're expensive, time consuming and a hassle to deal with when you do land them. Instead, chase those who need you the most.

In my next reincarnation cycle, I want to come back as a product manager. I had no idea how cool this job was until I was forced to step into the role when my original PM left to launch his own thing.

I’ve found that successfully completing the cycle of idea -> prototype -> feedback -> design -> build -> launch -> feedback -> iterate -> collect payment is hugely rewarding and gratifying; I think I'm rather addicted. I'm pretty sure it taps the same pleasure centers in the brain as winning on a slot machine.

8. People will surprise you in awesome ways.

If you've read this far, you'll notice that most of the lessons learned involve accepting failure or overcoming roadblocks and rejection. But a nice takeaway is that people-- often strangers-- will surprise you in delightful ways, too. Literally as I'm writing this, a Foundersuite user emailed me to say he just posted a glowing review / offer on the Facebook page for all Startup Weekend Organizers.

This is a guy who, on his own volition, decided to promote us to a powerful set of folks who collectively touch tens of thousands of entrepreneurs and potential customers. So cool. But it's not that unusual…if you're doing something interesting, and doing it for the right motivations (e.g. ours is that we want to make tools that help entrepreneurs succeed), then people will go out of their way to help. It’s a beautiful thing.

Good luck and thanks for listening,

This is a guest post by Nathan Beckord, CEO of FounderSuite.com

Insight From Dropbox: Failure Is Not The Worst Outcome, Mediocrity Is
strategy April 18, 2011
Big news from Dropbox today.  They announced hitting 25 million users. I'm a big, big fan of Drew Houston (founder/CEO of Dropbox).  Have known him for many years (well before he…
Read Post
31 Short Highlights From "Disciplined Entrepreneurship"
book July 23, 2013
As many of you may know, MIT is near and dear to my heart. As my co-founder, Brian Halligan likes to say, “HubSpot was born out of the loins of MIT”.  As such, I like to stay in touch…
Read Post
Subscribe