Culture Is A Product You Build For Your People 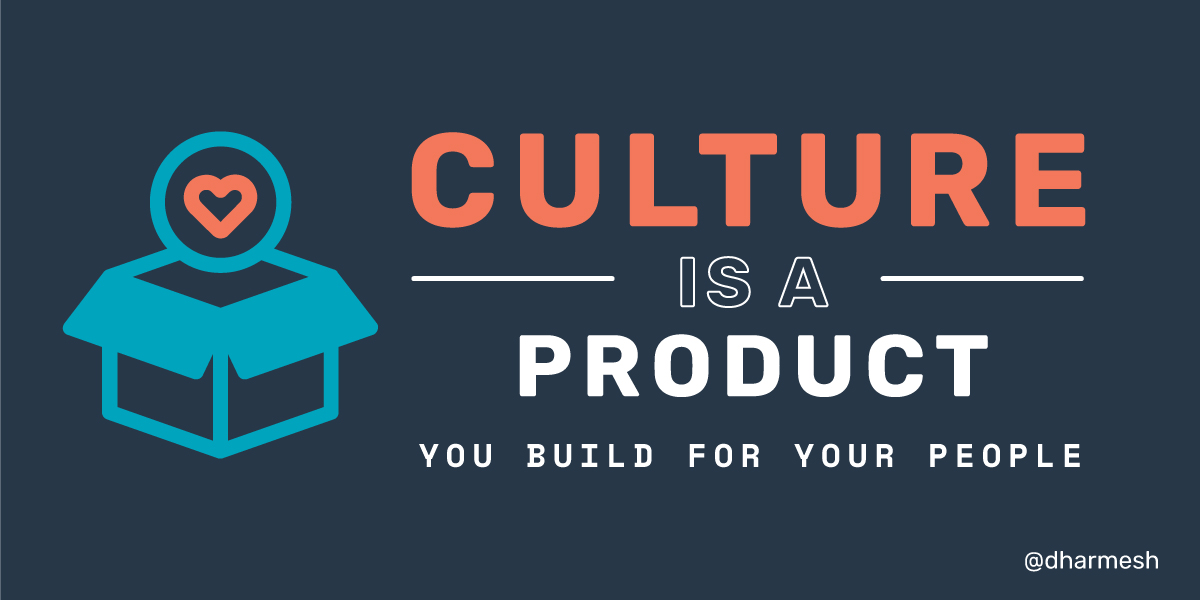 I’ve been thinking about, talking about and working on culture for at least a decade. (Not counting the 15 years I spent being mostly clueless about culture in my first startup).

I've spent hundreds of hours working with the HubSPot team to create the HubSpot Culture Code deck. It has been invaluable for us as we've scaled from a 2 founder startup to a 4,000+ person scale-up with a market cap in excess of $22 billion. Here it is...

Of all the lessons and insights learned from all that tinkering, this is my biggest epiphany:

Culture is a product and your people are its customers.

Said differently, your people/employees are the customers of your culture, which you can think of as a product.

So, every company actually has two products: The one they offer their customers, and the other they offer to their people/employees.

To explain the thinking here, let’s enumerate some of the ways culture is a product and tips for applying the metaphor to craft more effective cultures that support growth and scale.

I'll stop there. There are likely more dots to be connected on why culture is a product -- but I'll leave that to you. Would love to hear what ideas you have in the comments.

Meanwhile, do yourself and your startup a favor and be more intentional about culture in your early years. If I could do HubSpot all over again, one thing I would do differently is that I'd have thought about culture, and made investments in culture sooner.