The 11 Harsh Realities Of Being An Entrepreneur

Written By: Jason Baptiste November 1, 2010
The 11 Harsh Realities Of Being An Entrepreneur Written by Jason Baptiste on November 1, 2010
There's always talk about the end game in the form of an acquisition, funding announcement, or eventual flame out. Hollywood has even made a movie about the founding of Facebook that glamorizes startup life instead of showing what it really is: a day in day out marathon of work with very little glamor. We rarely hear about the harsh realities that entrepreneurs face and the journey that this entails. This isn't meant to be a downbeat and negative article, but actually quite the opposite. By knowing the harsh realities that lie ahead, you can be prepared when they come about so you can solider on. Here are some of the harsh realities that come with the territory of being an entrepreneur. 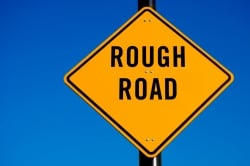 Your First Iteration of an Idea Will Be Wrong

The first iteration or implementation of your idea will often be wrong. That's not because you're not smart, not doing the right things, or some other reason to come down hard on yourself. As it turns out, this is actually a good sign. No idea survives its first interactions with its customers and requires you to synthesize feedback to adapt to the customer. You could be prideful, not listen to what your customers are telling you, and keep things the way they were. In the end, that just leaves you with no customers and a product you may not even use yourself. It's okay if things change up a bit when it comes to your idea and its implementation.

Your Friends And Family Won't Understand What You Do

"You're an entrepreneur, so that means you're un-employed?" or "Oh that's nice." are some of the many reactions you will get from close friends, family members, and others over the course of starting your company. Even if you achieve milestones that are worthy of praise (customers, fundraising, new traffic levels, press,etc.) and denote success in the entrepreneurial world, people still won't understand what you do. Unless you build one of the few consumer success stories that come around every few years, things probably won't change here. The b2b space is even more difficult to explain as most people aren't your customer, especially if it's a niche workflow. This is okay and sometimes even a relief to know there is more outside in the world than just techies and entrepreneurs. Just because they don't understand it, doesn't mean you're doing something wrong or unacceptable. I doubt Larry Ellison can have most of his family understand Oracle (that database company that stores information), but things turned out pretty well for him at the end of the day.

You Will Make Less Than Normal Wages For A While

If you got into entrepreneurship first and foremost for the money, then you are in the wrong business. Sure you may one day sell your company, but that day is probably far far away. Even then, there are usually earn out clauses, vesting still in tact, and a whole lot more. Even if you raise a good chunk of cash, your money is better spent on hiring the best talent than paying yourself a higher wage. There's nothing wrong wanting to make money, but in the beginning it's going to be rough. You will make less than most of your friends, especially the ones doing the "normal" paths of things like finance. It's a litmus test in its finest form though. If you truly love what you're doing, the capacity to have a large bank account takes a back burner to completing your mission. Sure you need some basic creature comforts, but luxury items almost seem silly as you will not have the time to truly enjoy them.

Everything Takes Twice As Long...If It Even Happens

Multiply everything by two, including the things inside of your control. When things take longer, you sometimes think that you're doing it wrong or no one really cares. In reality, everyone else has multiple deals and responsibilities on the table. By factoring this into the expectations of your startup, it makes a lot easier to prepare for launching products, closing deals, and more. Also, be persistent and get the other party what they need as soon as possible. On the flipside, most deals just never work out. It may be an acquisition all the way down to a simple business development deal. There are always many moving parts and excitement that can just fade. That's okay though. If you're building your company upon one deal or a silver bullet (more on that below), then you need to re-evaluate things. Don't be depressed when a deal falls through as that is just the nature of the beast.

Titles Mean Nothing. You Will Be a Janitor

Hey there Mr. CEO, Chairman, and Co-Founder! As a co-founder of a < 10 person company with a product that doesn't have customers, titles really don't mean much. Everyone will be doing a little bit of everything, including cleaning the toilets. Don't try to mask the grind of being an entrepreneur with some superficial title. In reality, you should love and embrace the nitty gritty of those first days. Business cards are nice to hand out, but they really shouldn't say more than co-founder or something else. Maybe someone inside the company plays more of the CEO role (speaking and being the face of the company), but that doesn't really matter in the early days. You have to be humble and you have to be willing to do whatever it takes. You don't have a staff of 50 to throw the task on to either. If you don't do it, it won't get done. Sure you could also try to optimize for efficiency, but that's almost counter productive as the early days of a startup requiring doing so much, that it's hard to just cut something out.

There Is No Silver Bullet

There shouldn't be and usually never is a single deal that can make your company. Certain deals or customers can take you to another rung on the ladder, but there are still many more rungs to climb along the way. You shouldn't look at a deal as the end game to the startup, but a means to a specific milestone that is in the near future. A deal can be taken away far faster than it can be given to you. By training yourself to diversify your risk and the milestones that advance your company, you control the destiny of your company, NOT one single partner. The success of a startup is the compilation of luck infused with many little wins along the way.

Customers Will Frustrate You

Having customers is a great thing, but dealing with support is a whole other ball game. If you're in the consumer world, expect to deal with customers that don't notice the obvious even with your fancy pants UI/UX in place. You will also get an influx of feedback that is often contradictory. One customer wants it in red, another wants it in blue, and a third wants it combined to become purple. The key to dealing with customers is to respond to everyone, but have a strong rule of authority. If you succumb to customers frustrating you and do everything you say, you quickly end up in a far worse position.

You Can't Do It All Yourself

Some entrepreneurs have a superhero complex that they feel they can do everything themselves or with just one co-founder. They think that it's possible to scale the company with just two to three people. This just results in being overworked and unfocused. Know when to let go of your pride and bring in people that are often smarter than you are. By bringing in others to work with you, there's also an ability for each team member to be laser focused on what they're best at.

There Is No Such Thing As An Overnight Success

In some cases you may be able to find out that your idea just won't work or that you are one of the lucky few that get acquired early on. Other than that, be prepared to work on your startup for many many years. The press often makes it seem as if success happened overnight, but the entrepreneurs themselves spent a lot of time with the company over the course of many years. Startups aren't a 5k, but an all out iron man competition.

Building A Team Is Hard

Finding co-founders by themselves is very hard just by itself. Finding a group of individuals smarter than yourself across a broad range of skill takes up way more time than you would ever think. In the early days, you may be super excited about your company, but it's often hard to get a large group of others equally excited. They may have their own ideas they want to work on, be comfortable with a cushy salary, or generally just not interested in what you're doing. Just because you're excited does not mean others will be excited. If you're lucky enough, you will hit a certain period of growth explosion that requires you to hire rapidly and be a great judge of character on the fly. This is a dangerous period for a startup as the company is still small enough that the wrong DNA can make things take a turn for the worse, but you cannot be as granular with hiring these employees as your first 10.

There Are Forces Outside Your Control

Last, but not least, you have to understand that you cannot control everything in the universe. Markets collapse, the government intervenes, tragedy strikes, and other unforseen circumstances. You don't let this make you quit. It's like a roadblock on the way to a concert, sports game, or party you want to get to. You may have to sit in traffic or take an alternate route, but as long as you are determined to get there, you will end up at the event. In the words of the late Randy Pausch "Brick walls are there to show you how bad you want something." Once again, this isn't a deterrent to becoming an entrepreneur, but just a reality check to make sure you're prepared. Many companies die because people just give up . Hopefully this article does some small bit in helping preventing this. Life as an entrepreneur is hard, but if you really love what you're doing and have the determination, you WILL do it.

What are some of the harsh realities you have faced as an entrepreneur and what have you done to overcome them? Leave your responses in the comments.

How To Become Legendary- 23 Things Michael Jordan Taught Me About Entrepreneurship
startups December 6, 2010
If you know me personally, or even digitally , then you know that I am a physical fitness and athletic enthusiast. I find that there is a certain level of determination that is built…
Read Post
#winning: 6 @charliesheen quotes to make you a better entrepreneur
entrepreneurship March 4, 2011
Over the past week there has been a huge focus in the media and even the geek internet culture around Charlie Sheen's supposed breakdown. He's been doing a lot of interviews, but…
Read Post
Subscribe