By now you've probably heard of Answers OnStartups, the new Q&A community for any topic about startups and entrepreneurship. If not, here's Dharmesh's announcement.

I have the good fortune 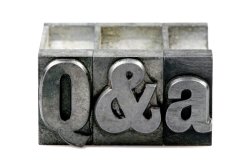 of being asked to co-moderate the site with Dharmesh, probably as a result of the popularity of a few provocative but useful guest-posts here on OnStartups. (Note to those of you hoping to expand your influence in the blogosphere and beyond -- take the advice from Leo and Darren and Mary and, I suppose, me: Guest-posting is a good way to do it!)

What does "moderation" mean, you ask? I took it mean "Get the CSS in order, make sure there are no JavaScript errors, and correct everyone's spelling errors. Oh, and be the #1 highest reputation person on the site." Durn, that last one actually took some effort... (Yes I see you gaining on me Alex!)

As some of you know, there was an unexpected problem with the site at the beginning. See, Answers OnStartups is built on the same technology as StackOverflow, through Joel Spolsky's StackExchange program. (Yup that's our Dharmesh on the front page! Which reminds me, that's a good lesson in marketing. Q: How do you get your name and URL on the front page of a high-traffic, highly regarded, high-SEO website like StackExchange? A: Write a fantastic (but honest) review of the product and give it to the owners. Make it so awesome that nothing they could say about themselves would be as good or believable as your words. Then they'd be foolish not to!)

(And since I'm on the subject, and since I've already interrupted myself with this many parentheticals, you might be interested to learn that, technically, StackExchange is FogCreek but StackOverflow is Jeff Atwood.)

Anyway. Where was I? Oh yeah, problems bootstrapping the site.

See, Answers OnStartups has an automatic permissions system where you have to have a reputation of at least 15 to vote, and 50 to leave a comment. Even more for things like inventing new tags. It's smart because it prevents people from (too easily) gaming the system by creating accounts and tearing up the place anonymously.

That works well at StackOverflow because they get a million hits per day (literally), so if you start contributing properly you get up-voted fast (sometimes in a matter of minutes). Very quickly an earnest contributor is granted these permissions.

But at Answers we had a bootstrapping problem. All these kind and wonderful folks came to use the site... and essentially couldn't do anything. The only people with rights to up-vote were Dharmesh and me (because we are blessed moderators, pronounced "bless-head"), and even then we were limited to 30 per day.

So all the initial members had to run around and up-vote each other for about a week, and newbies would come in an invariably ask questions about why no one is voting, which, ironically and usefully, got them a lot of votes.

The lessons from this little mishap:

As proof of that last point, there's now another StackExchange-based startups Q&A site! I'm not going to link to it because I don't want to give them the credit -- which I admit is kind of crappy of me, but in my defense I am writing in the throes of passion and cannot be responsible for my actions. Not buying it? Fine, but I'm linking to our question about it.

Anyway Answers OnStartups is better because we have a totally killer user base. Active users you've probably heard of include:

(I linked to their Answers user profiles too so you can see they're actually active, not just name-dropping.)

(I love the phrase "name-dropping." It sounds like you're taking a dump on the conversation which, often, you are.)

But perhaps even more fun is meeting all sorts of folks who aren't already famous but who are running interesting startups and have terrific, new things to add to the conversation.

Over the next few weeks, watch this space for highlights of these users, as well as highlights from some of the more action-packed discussions that are going on.

To whet your appetite, one of the most popular questions is: How do you pick a platform for a Web 2.0 startup company?

See that link for the full discussions, but here are some highlights:

As with many questions on the site, there's usually not one right answer. As it should be.

So join the conversation! Come visit Answers.OnStartups.com and see what all the fuss is about. It's fun.

Commercializing Web 2.0: Hype vs. Reality
startup November 27, 2006
I’m scheduled to speak at the 9th annual MIT Venture Capital conference on December 2nd, 2006.  The title of the panel session I’m participating in is “Commercializing Web 2.0:  Hype…
Read Post
Web 2.0 Crashes: Another Startup Being Sold On eBay
startup September 7, 2006
First, there was Kiko (which was widely covered all over the blogosphere, including here at OnStartups.com). Now, we have HuckABuck being offered on eBay: …
Read Post
Subscribe