Some Heart-felt and Humble Advice For Rand Fishkin of SEOmoz

Really enjoyed the recent article on your personal blog, “Inflection Points: Bravery vs. Foolishness”. Very few entrepreneurs have the courage to be that transparent. On behalf of entrepreneurs everywhere, thank you!

We've known each other for many years now and have had many a late-night conversation, and many dinners. I'm honored to call you a friend.

Though our direct chats are always fun and useful, I thought it might be interesting to have a longer, “in written form” response to your article. I was inspired to write this article a bit by Brian Halligan, my co-founder at HubSpot (who you also know), who left an exceptionally detailed comment on your article. I'll be borrowing liberally from Brian's comment (it won't be the first time I've borrowed from Brian's wisdom and used it to make me look smarter than I actually am). 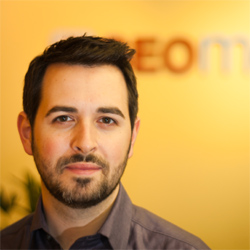 1. It's great to have options. Raising capital is always a bit of a scary thing for an entrepreneur. And, for right reason. It not only changes a lot about the business, it also changes you. SEOmoz is now at the stage where outside capital is not a “necessity”. That's awesome. It takes away one of my biggest concerns with raising capital: When the entrepreneur doesn't have a choice, she doesn't have any leverage. Having the option to raise capital is a big amount of leverage and dramatically increases the odds of both getting a fair deal and making a rational, thoughtful decision.

2. If you're going to raise, raise now. If you're thinking about raising capital, this is a really good time to do it. The markets are nice and frothy, making for a great time to be a seller of equity. The timing question is always hard (both in terms of M&A, which is selling all of your equity or a funding round, which is part of your equity). I've been through this particular calculus before. When things are going really well (as they are for SEOmoz), it's tempting to think: “Hey, the market is valuing us at X times revenue — our revenue is going to go up by Y, so our valuation will be going up by X*Y in the next year.” I've made exactly that argument to myself in the past (not at HubSpot, but my former company). As it turns out, up markets go down and frothy markets get less frothy. So, if the market took a downturn, it could have two potential impacts on your company valuation: 1) your revenue multiple goes down (thereby decreasing valuation). 2) Your actual revenue could be lower than you expected — because people are not buying as readily or cancelling more often. So, it's entirely possible that despite having a “good” year coming up, the company is valued less. So, our advice would be: If you're considering raising at all, don't try to wait until you drive your revenue up further. Raise now.

3. Take some freakin' money off the table! I recognize that you have concerns. And that you lead a modest and happy lifestyle. And that you don't want money to mess things up. I get all that. But, it's not only irrational to have such little diversification of your personal funds, it's outright irresponsible. In terms of how much you should take — that's a personal decision. If it were me (I don't have a particularly lavish life either), I'd shoot for several million. Enough to where you didn't have to worry (or think about) money at all for the next 10 years.

Bonus argument: Even if you kept your lifestyle exactly the same, here's one more phenomenal reason to take some cash off the table: You could become an angel investor and help other up-and-coming entrepreneurs get started. Trust me, you'd have a blast! Though this doesn't completely solve the “lack of diversification” problem (you'd still have your money tied up in startups), at least it's not all the same startup.

Oh, and by the way, I know you kids these days like living on the edge and all, but having just $25k in savings is unwise — especially if it's unnecessary.

It is not about the money. It's about having options.

Finally, as Brian said: Just because you have millions in the bank doesn't mean you have to stop working crazy, ungodly hours. My suspicion is that you have the startup gene that means you're going to work crazy hours regardless.  (Besides, who wants to work godly hours, anyways?)

4. VC will definitely change things. I'll just take Brian's words directly on this one: My personal sense of the thing that will be most uncomfortable for you is if a good quality VC joins your board is the scrutiny she will give your team and other board members. She will constantly be testing your conviction about team members and constantly looking to hire one of her crony outside overpriced headhunters to replace the folks that you rely on and who built your business with you. I have no idea whether you think your team is the right team that will scale or not, but if you do think they are the right team that will scale, be prepared to defend that position for a long time. VCs can never know your business that deeply and chapter 1 of their playbook where they think they can add the most value is on the “team.” It is low risk for them and their network is where they perceive their biggest value is. Sometimes they are right here and bring in just the right person, other times they don’t.

5. Its about the people. Also from Brian: Your hierarchy of investor priorities is right. I have gotten to know a lot of VCs over the last few years and many of them are not as good as I expected. There are some of the really top dogs that I’m convinced are far more lucky than good, so don’t be dazzled by their investment record. In my mind, there are two “types” of VCs, ones that are more like Wall Street equity analysts that are great with spreadsheets and picking trends and others that are former CEOs. Like you, I’m a first-time CEO, so part of my criteria was to find the ex-CEO type who I could turn to for advice and this turned out to be a really good decisions for me. When an equity analyst type or an ex-CEO type, I’ll give you my VC test: When I meet with them to talk about the business, do I take any notes or any action items? About 80% of the time when meeting VCs, I don’t take any notes or any action items — once in a awhile I meet someone that is sharp and changes my thinking or gives me great advice. Go with one of those ones, even if the terms are much worse.

6. Protect the culture. One thing Brian and I have learned in building HubSpot is that culture counts. Industries change, markets change and products change — but amidst it all, great cultures endure. You've built a great culture at SEOmoz and you should fight to defend it. But, raising a round of capital doesn't necessarily mean you'll screw your culture up. I like to believe we do a pretty good job at HubSpot when it comes to culture (many would argue that it's one of our biggest advantages). We've raised over $50 million across four rounds of capital and 6 investors and have managed to maintain the core of our culture. Brian notes: The act of raising money and having a new board member is not what will screw up your culture. It is when you bring in new team members that things can go awry. Every time you bring in a new exec, the exec team sort of needs to re-form itself and re-gel. If you bring in a crony of the VCs that doesn’t fit and who isn't TAGFEE, that’s where the culture blows up. [This last point is something I haven't personally experienced, but saw through other CEOs I know through a CEO group I joined]

We both are super-impressed with what you've done and that you've done it without being (or becoming) a jackass — quite the opposite. We look forward forward to watching your continued success. 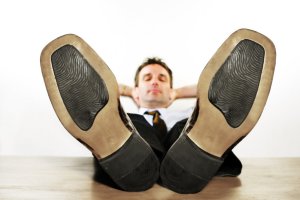 Entrepreneurs: What To Do If You Don't Have An Idea

Should Your Startup Have Its Own App Store? Insights From HubSpot