Important Questions Startup Co-Founders Should Ask Each Other

The following are some of the most important questions that should be resolved as early in the process as possible.  In most cases, these issues only get more difficult over time. 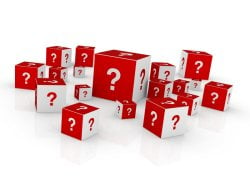 1.  How should we divide the  shares?  There are actually multiple parts to this.  Here, I’m primarily interested in the economic impact.  Basically, the question is really simple:  Who gets what percentage of the company?  This question is often the most difficult to answer (and the right answer is rarely “divide them equally amongst the co-founders”).

2.  How will decisions get made?  This is often tied to the number of shares (from #1 above), but not necessarily.  You can have voting and non-voting shares.  You can setup a board.  You’ll need to decide what kinds of decisions get made by the board, and which ones don’t.  Common areas to address are decisions around capitalization, executive hiring/firing, share issuance (dilution) and M&A.

3.  What happens if one of us leaves the company?  Though it may seem like a bad idea to be talking about this when you’re starting the company – it’s not.  In the evolution of any startup, there will be good times and bad times and there will always be times when one or more co-founders are simply not happy and not committed.  You should decide how to treat this situation early (when it is easier and everyone is at least semi-rational).  The last thing the company needs is a co-founder that is no longer engaged but is hanging around out of guilt or ambiguity.

4.  Can any of us be fired?  By whom?  For what reasons?  Yes, that’s right.  Even co-founders can be terminated.  Too many people mix the notion of being a shareholder in a startup and having an operating role.  These two things should be thought of as somewhat separate and distinct.  The company should have a mechanism for gracefully terminating the operating role of a co-founder if that’s the right thing to do.  This is often not fun, but should be discussed up front.

5.  What are our personal goals for the startup?  Though this can change over time, its helpful to at least get a sense of what each of the co-founders wants to get from the company.  If you have one co-founder that wants to build a sustainable business that is spinning off cash and run it forever and another one wants to shoot for high growth and some type of liquidity, it’s better to get that out in the open early and talk it through.

6.  Will this be the primary activity for each of us?  Lots of co-founder conflict can stem from misunderstandings around how committed everyone is.  Will one of the co-founders be keeping her day job until the company gets off the ground?  Will one be working on another sideline business?

7.  What part of our plan are we each unwilling to change?  Not all startups need to change their plans during the course of their evolution.  Just the ones that want to survive and succeed.  Having said that, there may be elements of the plan that you don’t want to change.  This could be around the product being built, the market being addressed or some other aspect of the company.  For example, if one startup is fanatically obsessed with wanting to create an enterprise software company, then friction may be created if the model needs to shift to a consumer product.

8.  What contractual terms will each of us sign with the company?  One of the best examples of this is a non-compete agreement.  Will each of the co-founders be signing some sort of contract with the company (outside of the shareholder agreement)?  If so, what will the terms of this be?

9.  Will any of us be investing cash in the company?  If so, how is this treated?  It is very likely that one or more co-founders will be putting in some cash in the early stages of the company.  It is critical to decide up front how this cash will be treated.  Is it debt?  Is it convertible debt?  Does it buy a different class of shares?

10.  What will we pay ourselves?  Who gets to change this in the future?  This can be a touchy issue.  Risk tolerance varies by individual, and it is a good idea to factor this into determining the compensation plan for the founders.  The issue can be clouded sometimes when one of the founders is investing significant cash into the enterprise.  (Though in theory, it shouldn’t matter where the cash came from when determining comp. plans).

What have I missed?  What other types of things should co-founders be discussing in the early days of a startup and getting clarity on?  Would love to hear your thoughts.  If you’re a first-time entrepreneur (or thinking about becoming one), I’d bookmark this page and save it for future reference if I were you.  By keeping this checklist handy, you’ll save yourself and your co-founders a lot of angst.

The CEO Should Be The Chief Experience Officer
strategy November 15, 2011
Earlier this week, I was chatting with my friend, co-founder and CEO of HubSpot, Brian Halligan. We were doing one of our ad-hoc strategy sessions about the business, and working…
Read Post
Why Your Startup Should Ignore Your Onboarding Experience (For Now)
support April 27, 2015
This following article is a guest post by Jackson Noel. Jackson is the Co-Founder of Appcues, a SaaS product that allows you to create in-product experiences without changing any…
Read Post
Subscribe