If someone had told me a few months ago that I'd be spending more hours in PowerPoint than PyCharm (an IDE for programming in Python) I'd have laughed at them (not out loud though). Sure, I've been known to create some slides — and I do some occasional public speaking, but I don't usually spend crazy amounts of time on a slide deck.

Except this time.  I've now clocked well over 200 hours on a single deck (including thinking/discussion time).  It's the HubSpot Culture Code deck (available for your viewing pleasure below, or http://CultureDeck.com).

I've been reading, thinking and talking a lot about culture lately.  A couple of years ago, I started a simple document for use within my startup, HubSpot, that talked a bit about culture.  The document described the “people patterns” of HubSpot — what kinds of people were likely to do well at the company.  Said differently, if I were to write a grading algorithm to predict the likelihood of success of a given employee, what would the parameters of that function be?  We identified things like being humble and analytical (2 of the 7 things).  That document turned out to be relatively useful — and well worth the time.  We've used it during the interview process, we use it during reviews.

I continued to get feedback from the HubSpot team that the original culture deck at HubSpot was starting to get a little dated — and it didn't go far enough.  It talked about the kind of people that were a match — but it didn't talk at all about beliefs or behaviors.  Meanwhile, the company is growing like wildfire.  We're 460 people now and adding 25+ people every month.

If one needs 200 hours and 150+ slides on culture, is something wrong?

Maybe.  But, this is likely more a function of my neuroses than a reflection on HubSpot.  And, all things said and done, I don't really regret having spent the time.  The result, I think, is really good.  People I trust to tell me the truth and that I respect immensely have told me the deck is good.  It's not the same level as the Netflix culture deck, but it's not terrible. 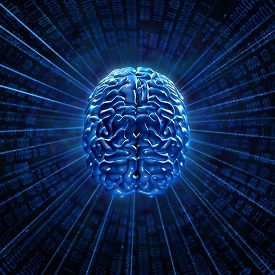 Why I'm thankful to Jason Fried and 37signals

Jason is a brilliant thinker and a brilliant writer.  He's got some great posts on culture, like “You Don't Create a Culture”.  Which is why I was a little worried when I sent him a preview (private beta) of the deck I was working on to get his reaction.  I was fearful. My thought was “He's going to think I'm an idiot.  Or worse, clueless.”  Turns out, he was gracious. He acknowledged that 37signals and HubSpot are different companies, pursuing different paths.  I could have been brave and dug into this comments a bit more, but I decided not to push my luck because it would have been somewhat crushing.

I also enjoyed “When Culture Turns Into Policy” by Mig Reyes of 37signals.  He's right  But, I feel like I'm in the correct side of truth and justice on this particular front.

The more sobering article was “What Your Culture Really Says” (not by 37signals, but by @shanley — someone I don't know).  Well written and biting in its criticism of what she calls “Silicon Valley Culture”, it was something I read a couple of times and circulated around to a few folks on my team. I recommend it. It's dark, but worth reading.

Why I think it was worth it, and why I'd do it again.

1. Culture is super-duper important, and it's worth spending time on.  Check out my recent post “Culture Code: Creating a Company YOU Love”. I think it makes a pretty good case.

2. Already, the deck is being used internally within HubSpot.  I've gotten both physical high fives and virtual high fives from people on the team.  That makes me happy.

3. Even before posting the HubSpot culture code deck to public beta today, I had already started sending it to people that I was trying to recruit to HubSpot.  Though ideally, I'd get to meet everyone and tell them about our culture code in person, that's just not possible.

4. Going through the exercise was one of the most challenging and revealing things I've ever done since starting the company 6+ years ago.

5. Working on our culture code project caused me to talk to a bunch of people that I didn't otherwise know and would probably not have been able to connect with.  People like Patty McCord (co-author of the Netflix culture deck).

6. It's been therapeutic.  Now, if HubSpot ends up going down in crashing, burning flames (which is totally not the plan) — at least I'll know that we tried to design and defend our culture.

7. We're about 4 hours into the public beta release of the HubSpot culture code deck.  It's already gotten 16,000 hits and is going strong.  This is gratifying.  My hope is that a few of those people found the deck useful. (And maybe a few of them will join our merry band of misfits at HubSpot someday).

One of the common questions I get from my startup friends is how much time they should be spending on culture — given everything else going on (like you know, building a business).  I'm not sure what the optimal number is — but I can say with confidence that the number is not zero.  I'd suggest 20 hours.  Just enough time to think about it, talk to your team, read some stuff and describe it.  You don't need to put posters up on the wall.  Just something — even if it's a one-pager that captures your current thinking on the kind of company you want to be.

Quick hint:  You want to build a company that you love working for.  The rest will work itself out.

What do you think?  Have you scanned through the deck?  Was it useful?  Lame?  Interesting?  Would love to hear your thoughts.  I think of the deck as being in “public beta”, so I'll be iterating on it and updating it regularly.