Regular readers of this blog know that I’m a long-time admirer of Seth Godin.  He’s one of those “big thinkers” that has the added talent of being able to articulate high-level concepts in an immensely approachable way.  That’s a very rare, and dare I say remarkable intersection of abilities. 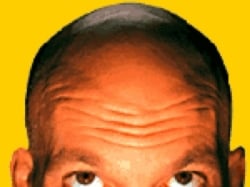 The following is a list of short, pithy insights that I’ve been collecting from Seth’s Blog over the past few months.  They were not all written specifically for startups, but I found them to be particularly relevant for entrepreneurs.  I, like many, think Seth's ideas deserve to be spread.

If you find any of these particularly resonant, there’s a convenient link to tweet it.

1) Reliance on the tried and true can backfire. [tweet]

2) Sell the problem. No business buys a solution for a problem they don't have. [tweet]

3) Every activity worth doing has a learning curve. [tweet]

4) As the world gets faster, the glacial changes of years and decades are more important, not less. [tweet]

6) Being 1st helps in the short run. Being a little more right pays off in the long run. Last is the worst. [tweet]

13) You can get even more done if you give away credit, relentlessly [tweet]

15) Competition validates you. It creates a category. It permits the sale to be this or that, not yes or no. [tweet]

16) There are lots of good reasons to abandon a project. Having a little competition is not one of them. [tweet]

17) It's not who can benefit from what you sell. It's about choosing the customers you'd like to have. [tweet]

18) The customers you fire and those you pay attention to all send signals to the rest of the group. [tweet]

20) Are you chasing or being chased? Are you leading or following? Are you fleeing or climbing? [tweet]

21) Get it right for ten people before you rush around scaling up to a thousand. [tweet]

Which is your favorite?  Any that I missed that you have in your secret stash?

Announcing My New Startup Project: The Most Ambitious Yet 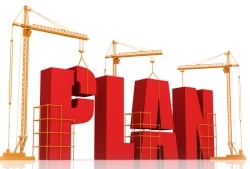